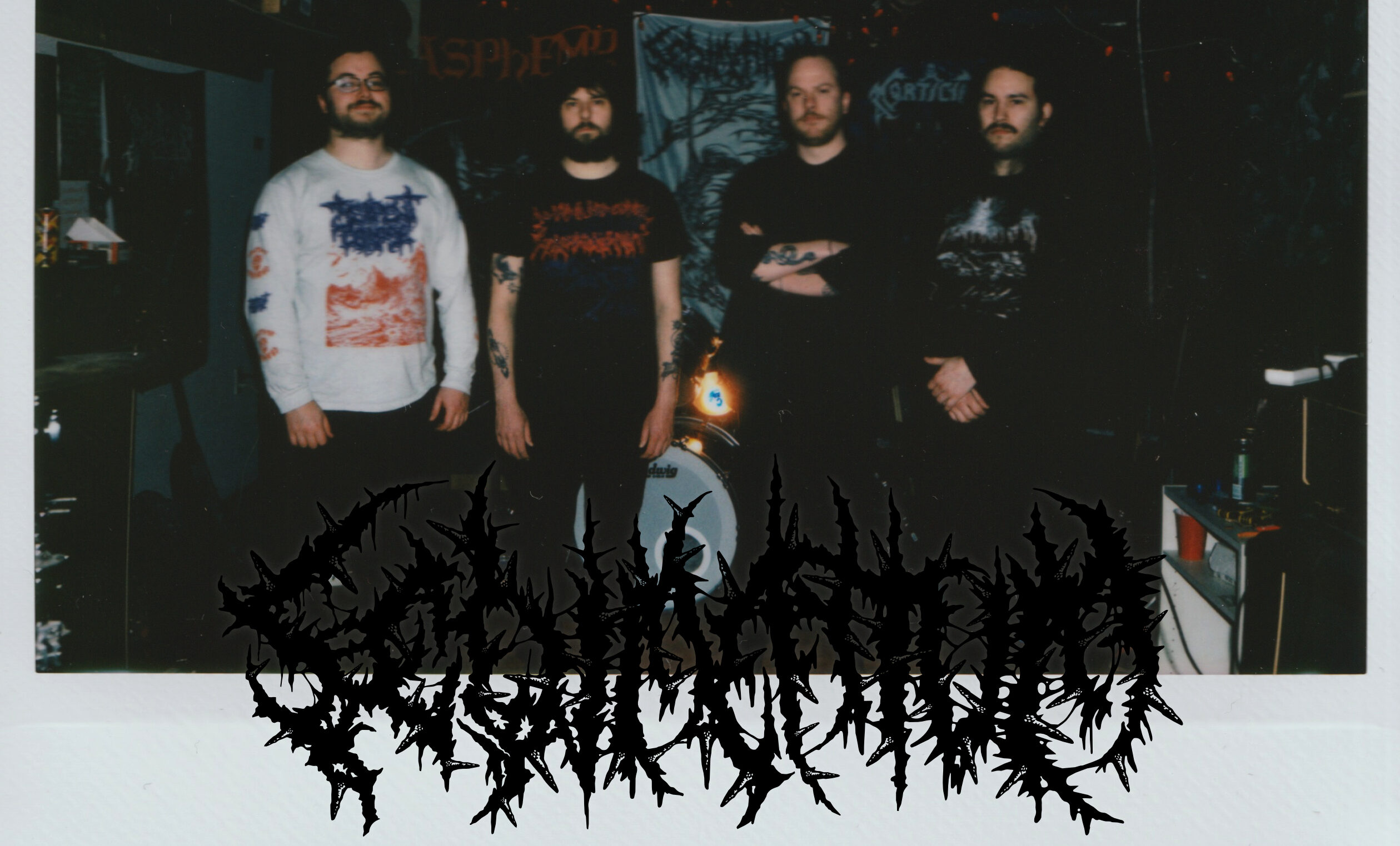 After a wildly lauded demo, Sedimentum finally have their debut album ready to release to the world. I can’t help but think the world isn’t ready.

Four knocks at the door. Four hits of a snare. That’s the only warning that I got from Sedimentum that they were breaking down the door on Suppuration Morphogénésiaque. With an onslaught of blast beats and the filthiest death metal riffage in recent memory, this album begins with serious gusto. To be fair, I knew what I was getting into with this band, as I’ve been a fan since I heard their 2019 demo, which caused a bit of a stir in the metal underground when it started circulating. It was four tracks of rattling death doom that felt honest and brutal without being derivative. After splits with Phobophilic and Total Isolation, Sedimentum are finally ready to unleash their first full-length brand of chaos on the world. The world better get ready too.

There are ways that we try to explain sounds and bands often try to self-identify as genres that we have some sense of, but calling Sedimentum OSDM or ‘Old School Death Metal’ doesn’t necessarily paint a picture of who they are and where their stylistic boundaries lie. ‘Overwhelming Scary Death Metal’ is more like it. Their preference for rough and tumble production and cacophonic riffing is a recipe for overload, in the most delightful way. There are huge moments where they lean into their affinity for doom but of course without losing their moorings on the death metal side of things. The opening track “Krypto Chronique II” which includes that fleeting snare introduction mentioned above, even has strong moments of groove woven through its runtime. I’ve said all that to say that Sedimentum are far from a one-trick pony.

Beyond the stylistic nuances, the atmosphere created on Suppuration Morphogénésiaque is suffocating, oppressive, and wonderful. While the production does get a little step up from the demo, there is no sign of departure from the crispy, crackly style that we love them for in the first place. The pops and hisses and crunches are all still very much a part of their sound and all that charm doesn’t get wasted on undeserving performances. The glue here is just how well rehearsed and tight the band is. Songs such as the title track where there are lurches from a moody doom-laden introduction to a volcanic mid-section and back again without needing a prettied-up production to fill the gaps is evidence that Sedimentum are masters of their craft.

Another superpower possessed by these Canadians is the ability to keep their hooks in you across an entire album. Compositionally there are plenty of dynamic devices placed on this album that entices the listener to stick around for subsequent aural beatings. It’s impressive really because this is some of the most banged up and corrosive metal you’re likely to hear this year. As things taper off at the end of the title track, the fifth and perhaps most energetic track, “Nécromasse” is a jolt to the senses and even this one toys with some tempo changes to pull you even deeper. Perhaps the band’s diverse background of musical styles from jazz, screamo, black metal, and death metal has kept them from being overly insular when it comes to inspiration for songwriting.

The fact that I’ve avoided talking about specifics of the songs is that I think they will speak for themselves far better than I can describe them, but that’s not to say that I don’t have an abundance of love for the seven tracks presented here. “Supplice” is a candidate for the favorite track with its twisting, oozing riffs, and bone-rattling cymbal crashes. The closer “Un Grotesque Panorama” rounds this monster out and closes with just as much fire and furor as the beginning with not a step lost. It’s impressive when an album can use the same toolkit extrapolated across an entire set of songs to great effect without getting stale or repetitive. There’s nothing fancy happening here, nothing avant-garde, no woodwinds, no string section. This is that rare mix of intelligence and pure brute force.

Every year there are surprises that pop up that get you excited for a genre again. Just something out of left field that makes you think about music in a new way. Frankly, that isn’t what Sedimentum is here to do on Suppuration Morphogénésiaque. If you have been paying attention to the metal underground, this album isn’t a surprise; it’s the most anticipated metal record of the year.