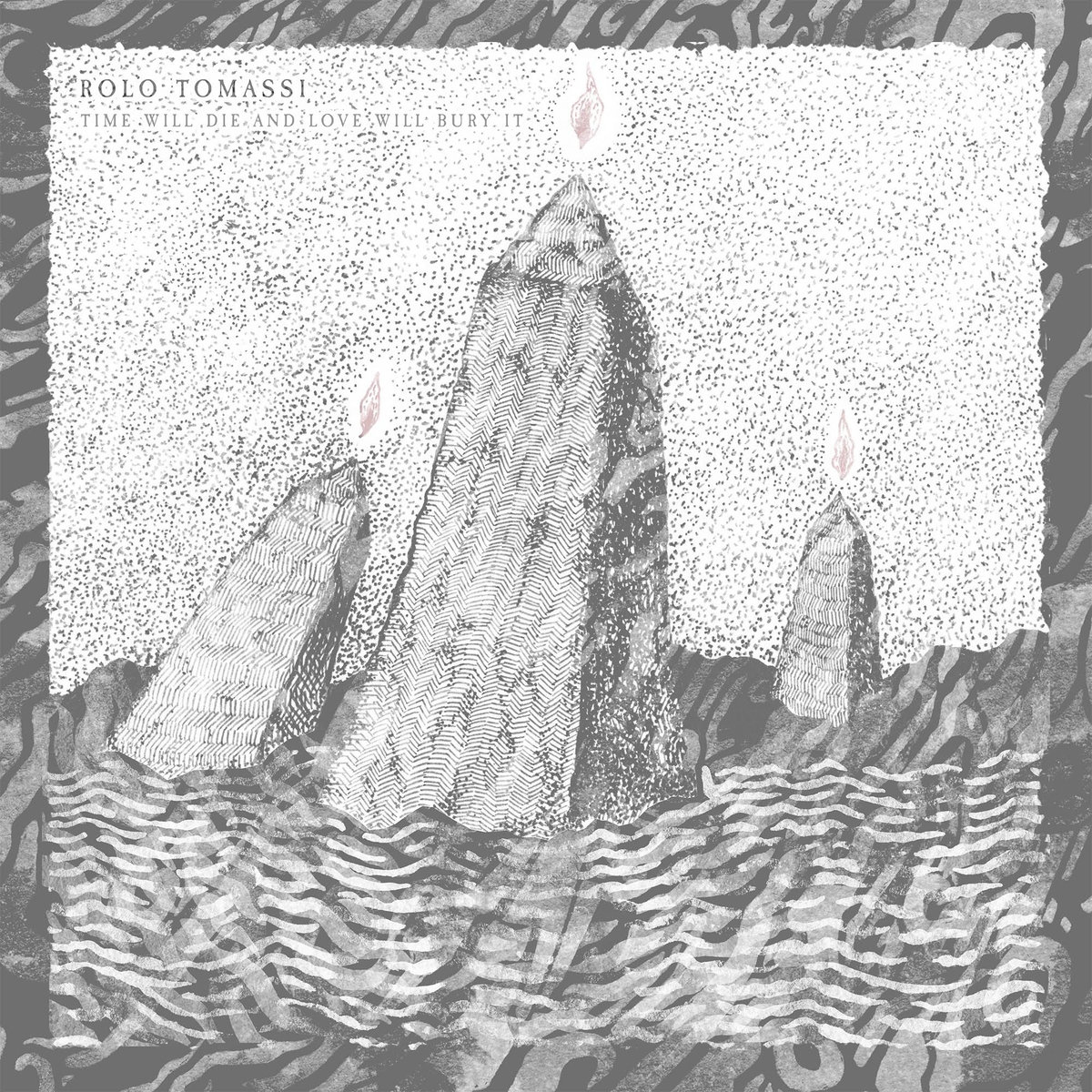 Rolo Tomassi – “Time Will Die And Love Will Bury It”

Rolo Tomassi has transcended every genre label in their latest record Time Will Die And Love Will Bury It. An exceptional record that is second to none.

One of the most interesting stories to me is Alice in Wonderland. It’s a beautiful story with some creepier and astounding elements. The world Alice falls into is so abstract and bizarre. Yet, it follows some sort of rules that begin to appear as the story continues. A similar sense of wonder was awakened in me while listening to the new Rolo Tomassi album, Time Will Die And Love Will Bury It.

What makes it so fascinating? What is it about this specific album that is so different? Well, that would be the authentic blending of electronica, indie pop, post-hardcore and mathcore.

The first nine minutes of the album can be used as a representation and description of the album. Starting with “Towards Dawn”, a track that might confuse anyone thinking this was a pure post-hardcore album, we have a beautifully ambient intro track. At first, there’s nothing. However, an oscillating shimmer that seems to have a reverse delay or reverb on it starts to fade in. Ambient synth choirs in the background chime in with their ethereal chant. Waves of atmosphere and tranquility flow over the track like a breeze over a wheat field. This song is a wholesome orchestra of numbing contentment. Soon a clavinet-like keyboard starts a little lead part as the track is nearing its end, bringing structure to ephemeral formlessness. “Towards Dawn” is not just an intro; it’s something the listener can linger and wallow in.

The following track, “Aftermath”, is fittingly named. It is one of the more indie pop-esque tracks on the album yet still keeps the sense of wonder of its predecessor alive. A lightly delayed guitar, brushed drums and the calming vocals of singer Eva Spence make this a meticulously crafted song. But that won’t save you from the next one, though.

“Rituals” was a sight to behold for me. The track has a deceptive opening, starting slowly and ominously before hitting the listener with the full, abrasive force of the instrumentation. With an octave down pedal and one of the most well mixed drum performancess I’ve heard in a long time, this song hits you like freight train. Going double the speed when the vocals hit, I was without words for this song. Disharmonic runs and blast beats run galore as the band recites pretty much everything that has ever been good about mathcore and post-hardcore. While crafting something completely their own, the band still manages to play with old genre tropes and polishes them till they shine brighter than 24 carat diamond.

The way the first three tracks are set up is ingenious. At first, we are introduced to the atmosphere and ambiance that will follow the listener throughout the whole album. “Aftermath” brings us to the catchy, impeccably crafted poppy side of the record. And finally we come to our third and last layer – the ninth circle of hell so to speak – the unforgiving post-hardcore/mathcore side of Rolo Tomassi. This side is a cacophonous orchestra of bleak yet vivid visions, slammingly brutal in its dissonance but still oh so fragile.

While listening to Time Will Die And Love Will Bury It, I drew associations to Dante Alighieri or Alice in Wonderland-like journeys of wonder and astonishment. The production is flawless, the songwriting is innovative and jaw dropping, and the performance is strong and authentic as it can be. There’s really nothing more to say about Rolo Tomassi other than this will be the first record on my AOTY list this year.