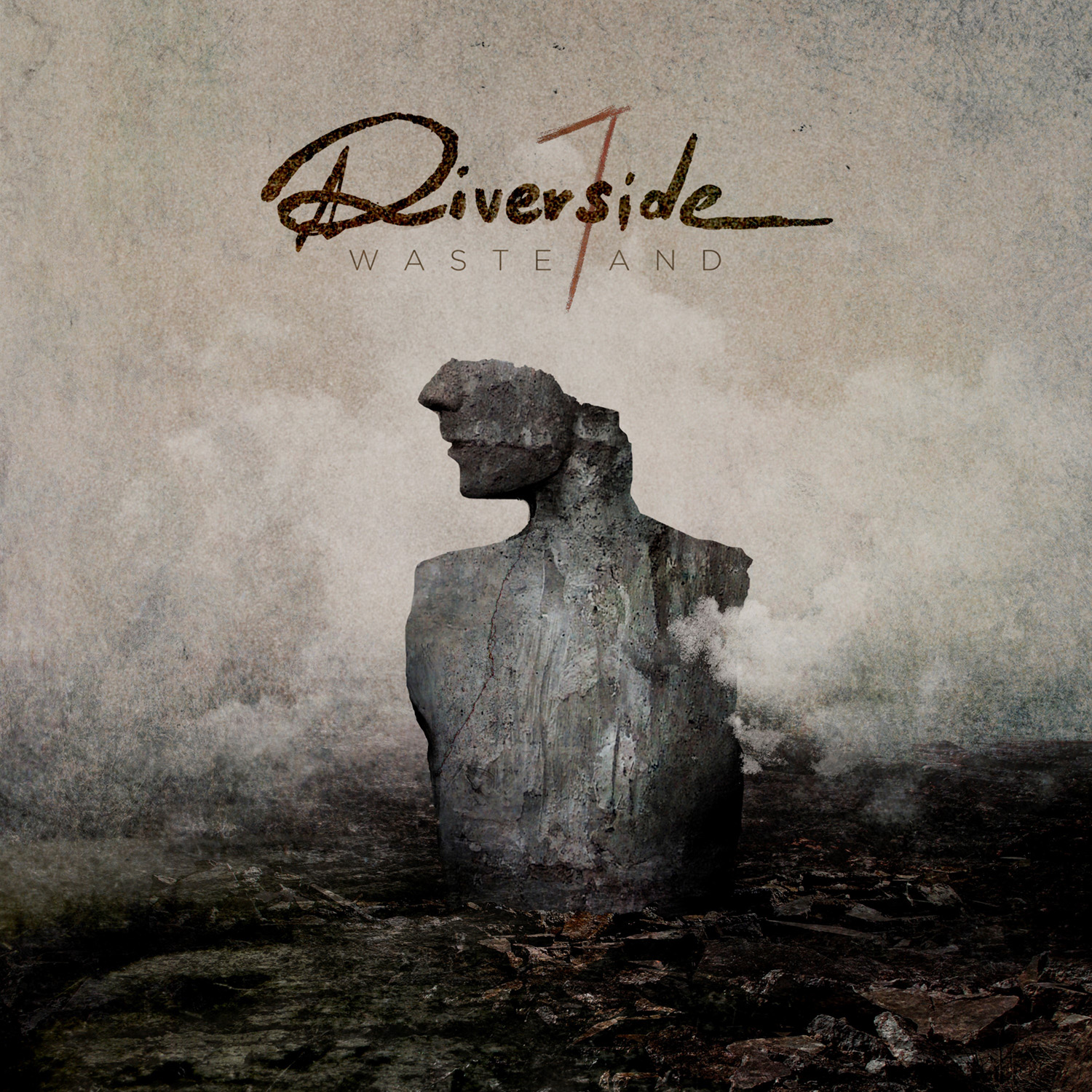 By David RodriguezAugust 31, 2018 No Comments

Riverside dig deep into their emotional depths and utilize dark themes to help make their best music yet. Wasteland is therapeutic, and progressive, both in the sense of musical structure and in moving forward as humans.

I don’t know why I keep picking all the bands marred by tragedy to review, but I guess let’s just keep it going with Riverside. The Polish prog rock band is truly something else. Their seventh album is the prophetic phoenix rising from the ashes of terrible loss and tragedy. Darker, heavier music pervades this release with a dreary, end-of-the-world motif that colors the mood of the album. As much as you can take the themes and lyrics of a harrowing story of survival in the wake of a nondescript apocalypse at face value, there’s another interpretation that I’ll be focusing on today. Wasteland is an album about Riverside‘s tumultuous last two years, including their former guitarist Piotr Grudziński’s death and how they have moved forward.

The apocalypse, though overplayed nowadays, is employed well here as a theme. It represents a rebirth as much as it does an end. After all, when the whole world around you goes to hell and you’re left to pick up the pieces, it changes you, to say the least. It’s not a subtle integration, but an appropriate one all the same. In dealing with these themes and how they parallel the very real lives that have made up the band’s lineup for 14 years,  Mariusz Duda (singer, guitars, and bass), Michał Łapaj (keyboards and synthesizers), and Piotr Kozieradzki (drums) all deal with the inevitable confrontation of loss and the torrent of emotion that comes with it.

The intro frames the story well. Disoriented and knowing there’s no turning back from what happened, Duda creates atmosphere with an a cappella section. There’s only expanding, buzzing atmosphere at the end of the track to back him up. It’s a declaration of where we are and what’s ahead.

The music runs the gamut of emotion. “Acid Rain” is heavy Riverside done as well as ever. Hammond organ and synths are utilized well to give it a prog feel, but also lighten the rough tone provided by descending, appropriately caustic guitar riffs that speak of a world in turmoil. The vocal melodies at the end are beacons of hope that carry us, and the music, forward. Album single “Vale of Tears” is the most upbeat the album gets with radio rock melodies. Instrumentation is deep, retaining some heavy qualities from “Acid Rain”, but takes time to breath between verses. The vocal refrain of ‘Like you did the last time, like the last time, like the last time‘ emulate nagging thoughts. It’s a determined effort, turning the hope from before into action and a fight for survival.

Even the best, strongest of moments can give way to insecurity and hopelessness, and this is where “Guardian Angel” comes in. It’s straight up one of the saddest, most affecting tracks that Riverside have ever recorded. Duda uses a deep, low voice to croon over acoustic guitars. That torch is carried over into “Lament” as well, which has a tinge of folk to it. along with “River Down Below”.

Two awesome setpieces in the form of instrumental “The Struggle For Survival” and the title track stand on their own as marvels of prog rock. Their movements rise and lower often, as if mimicking the unstable and frequently changing well-being of someone in a survival situation. You can hear explosive, defiant perseverance in “Wasteland”. It’s here that ‘progression’ can be taken quite literally; starting from a downtrodden and sullen place and rising above. The vocal melodies and organ in the backend are stunning, acting as a piercing sunset guiding the song along. By the time “The Night Before” hits you in the face, you almost can’t believe it. It’s a piano driven song, the only real reprieve offered throughout the whole album, and a bittersweet one at that. The choir at the end is cathartic, bringing tears of happiness, purging everything built up in the album’s run time. It sounds like forgiveness, it sounds like acceptance. Like everything will be all right.

Wasteland is wholly cinematic, moving from one scene to the next, song after song. It’s an approach that feels natural given the content, but it also works looking at it as a purely emotional monolith since it has frequent high and lows, as recovery from trauma usually does. Perhaps the most important part is how the band plays with vulnerability, strength, and how they can both be pretty interchangeable at times as you learn how to put things back together.

It’s hard to not look at this album with its bleak theme and lyrics, know the history of the band, and not draw parallels. Riverside is open about what has inspired this album. Wasteland is about immense loss and tragedy, but it is also about hope and pushing on. It cuts deep, but also tends the wound. Musically, it’s an indispensable masterclass in prog rock, made by people who have something important to say, for both themselves and the benefits of us. Thanks for remaining open during a private, vulnerable time, Riverside. It’s made for your best album ever.