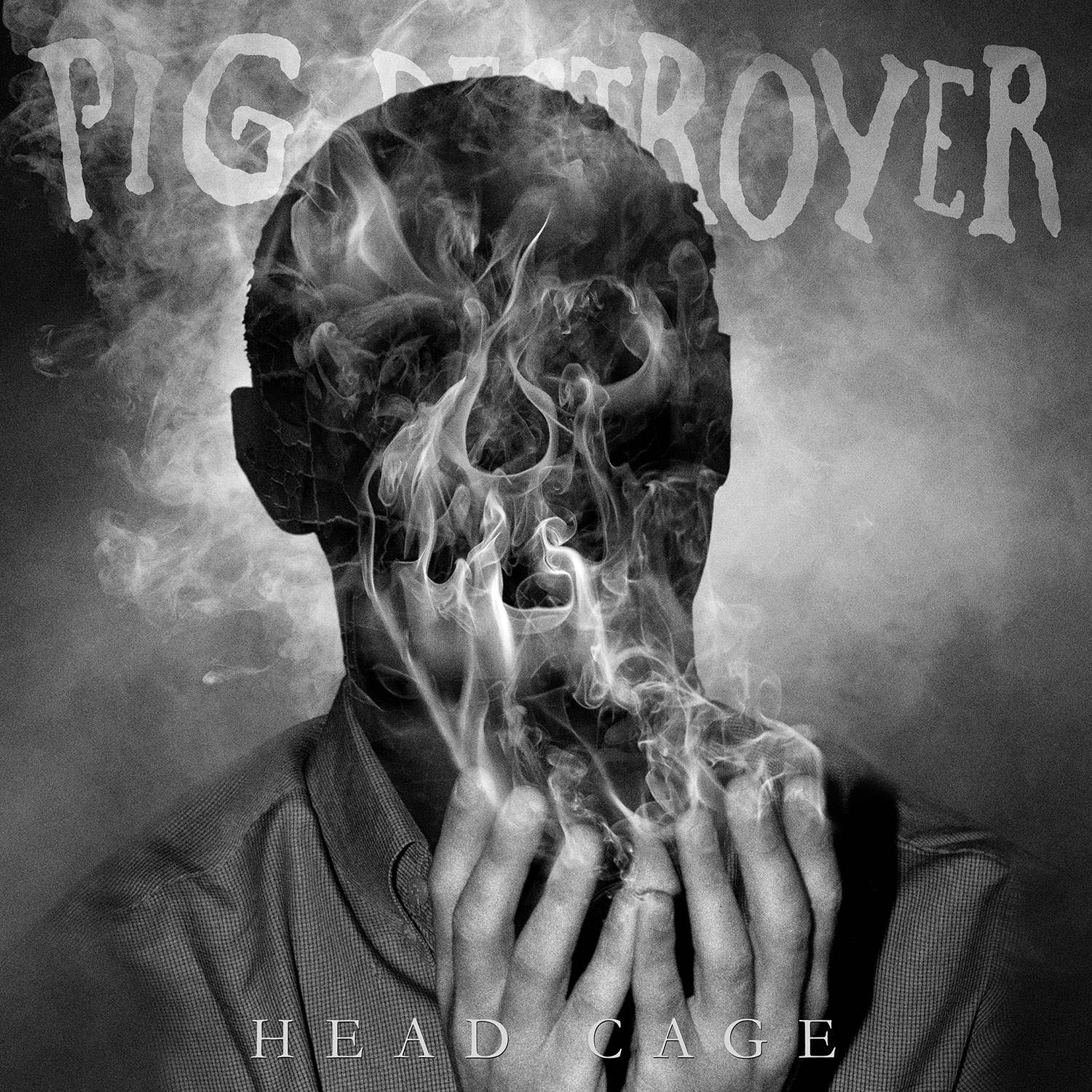 This is what an album that takes six years to make should sound like. Pig Destroyer did not need to make a comeback. Head Cage shows them dominating modern grindcore like they always have.

Head Cage comes after 2012’s Book Burner and their 2014 doom EP Mass And Volume. Head Cage defies expectations. It fits twelve songs into 32 minutes. Many of the songs were written up to four years ago, and they do not sound like continuations of either previous Pig Destroyer release. Guitarist Scott Hull said the band deliberately stayed out of their comfort zones when writing this material, going so far as not listening to the bands that he usually listens to while writing music for Head Cage. This resulted in an album with firm goregrind elements, as they showed with the first single, “Army Of Cops”. It also has the seven-minute closer “House Of Snakes” (other tracks range from one to four minutes in length). Head Cage is a great tour of all of Pig Destroyer’s speeds and moods, showing maturity and direction without the need to make a profound artistic statement.

Not that the Virginia band never made those. Pig Destroyer changed grindcore from the politically-charged, extreme form of hardcore epitomized by Napalm Death in the 90s into the dark and disturbing thing it is today when they released the Prowler In The Yard album in 2001. They made a grindcore concept album, showing the genre could be actual art. They spewed out riffs as fast as they could and played them over blast beats. They could have followed that formula for all six of their albums but instead they weaved in and out of metallic territory, going ‘full doom’ more than once.

Pig Destroyer show restraint and an imperative for writing on this release. The result is an album that neither falls short of the expectations that were built up over six years, nor one that sounds like a band that tried too hard to re-capture old glory. Rather, Head Cage comes across as the right album for Pig Destroyer to make at this juncture in their career. It just so happens that by doing so, they outshined every other release so far in 2018; at least in the category of metal and related genres.

Witness the album’s second single, “The Torture Fields”. At under three minutes, it has everything a grindcore song needs: a profound intro, mid-tempo slamming riffs, grooves, and even hard stops before it erupts into a blastbeat finale. Every other metalhead born before 1980 right now mourns the retirement of a certain band who professed to ‘reign’ in a certain sanguinary substance; an album that they won’t shut up about whenever ‘classics’ are considered. Little do they know that Pig Destroyer accomplish the same level of extreme brutality in small packages even today, and with equally profound writing, and that they can do it nearly 20 years into their career.

Contrast this with the aforementioned closing track called “House Of Snakes”. It has a fading intro that recalls, of all things, “Blackened” by Metallica (Pig Destroyer fans might recall the band favorably commented on the “Hardwired” single the day it was released in 2016 – it is safe to assume they are fans). The song is dominated in its first half by doom riffs; not Neurosis-esque sludge, but actual old-school doom metal. The second half gets actually thrashy without rising above a medium tempo. Yet the transitions between riffs make the song seem more energetic as it moves on to the end, both of itself and of the album.

Pig Destroyer could have dashed their fans’ hopes with Head Cage. In typical fashion, they dashed everyone else and made it look easy.