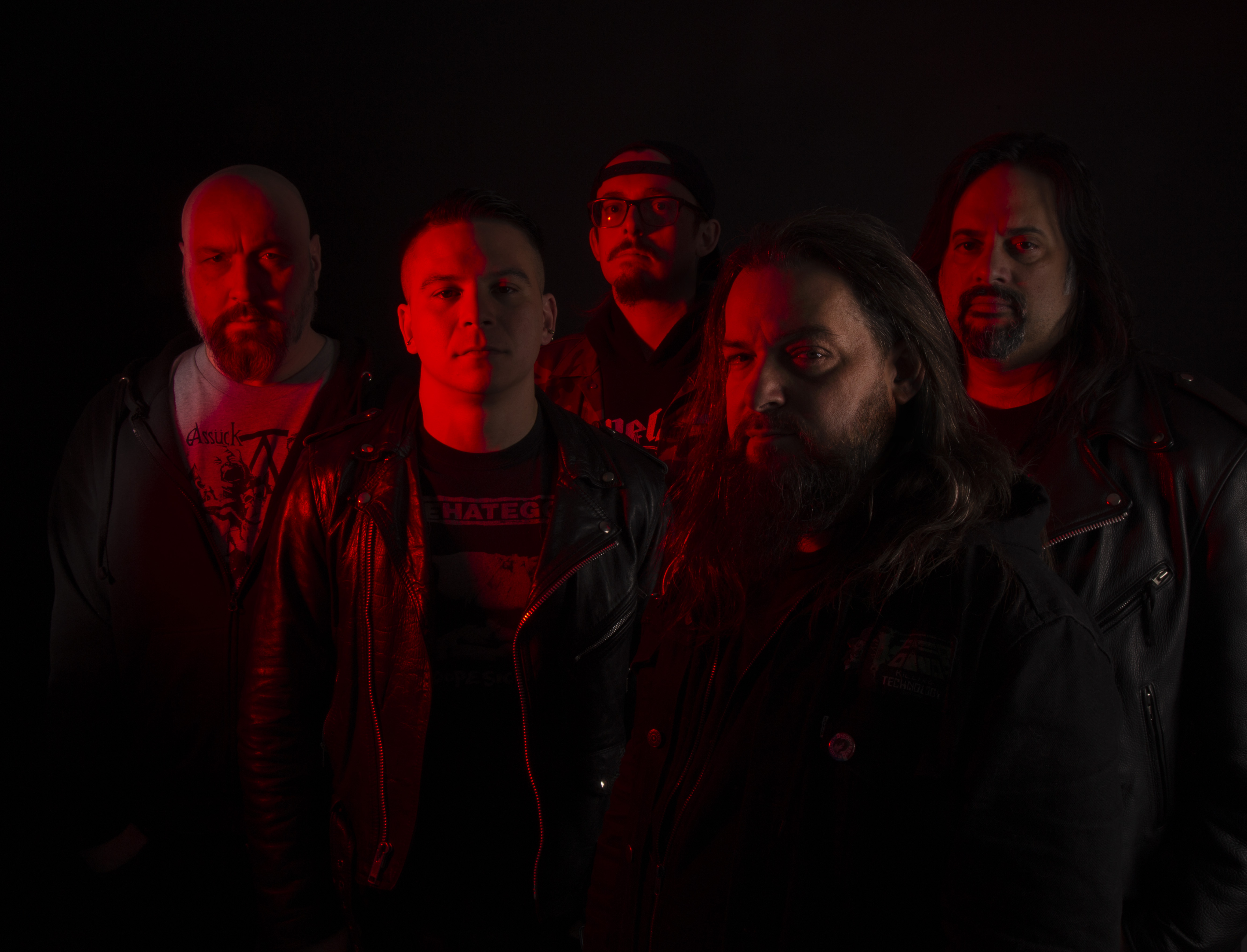 By David RodriguezApril 30, 2019 No Comments

Ringworm recklessly thrash about on the sea of metal-influenced hardcore they’ve been purveyors of for almost three decades.

Did you know ringworm isn’t actually a worm or a parasite? It’s a fungal infection that affects the skin. There goes all the worm or burrowing jokes and references I could have made in this review. Instead, I’ll just tell you that Ringworm, the band, much like the affliction they’re named after, have been playing a highly contagious and rough mix of thrash metal and hardcore for almost three decades now. I’ve been a fan of theirs for years now and if there’s anything that their newest album tells me, it’s that nothing’s going to change that, now or ever.

Don’t get me wrong, dedication to a sound is paramount to creating an identity and keeping fans around, and you can’t rightly say they’ve been stagnate in their progress or approach. Following the trend of their first years up to now will show they have incorporated more elements from around the heavy music spectrum over time. Death Becomes My Voice is perhaps the apex of this anger amalgamation, but not necessarily an apex of their quality depending on your taste.

It’s hard not to be sold right up front with the album’s title track which is as appropriate of a volcanic buildup as ever, and the melodic section that follows the second verse is blistering and catchy with chuggish, ruggish riffs. Following songs keep that feeling going through much of the record with special callouts to “Carnivores” and “I Want to Tear the World Apart”. Just as the cover art is tempting with its lusty and carnal presentation, the music appeals to the animal in us all as well.

Although flying punk fury is something that comes hand-in-hand with hardcore and is wholly abundant here, there are times when even hardcore has to slow down to give you those moments that prioritize heaviness over speed. You’ll find that pummeling refuge in “Acquiesce”, a tight, mid-tempo screamer of a track. Drums are splashy, guitars are massively metallic, and vocals are searing, though what else would you expect from a vocalist named Human Furnace? Approximately zero percent of the power Ringworm wield leaves their music during these moments and it gives it a little nuance to mix things up, something greatly appreciated when you’re as stubbornly visceral as this Cleveland quintet.

Whether it’s the rippers or beaters, this album is undoubtedly a strong entry into Ringworm‘s repertoire. I will say up front I was actually a bigger fan of their older material that stayed a bit more mainline hardcore with pretty subtle nods to metal. So, like Snake Church and Hammer of the Witch before it, I see Death Becomes My Voice as walking more along those lines of combining as much harshness into an album as possible. There’s thrash, there’s punk, even a little blackish rock ‘n’ roll thrown in (that intro riff to “Let it Burn” is enticing). I like this a lot, but it’s not peak Ringworm to me personally.

Ringworm know what they’re doing and don’t seem intent on messing with that – I can respect that. Come for the thrashy hardcore they’re so adept at dishing out lately, stay for the little nuance they throw into the equation. Death Becomes My Voice is a seething ragefest custom built for pits, so much so that Relapse should package a neck brace into its physical copies.