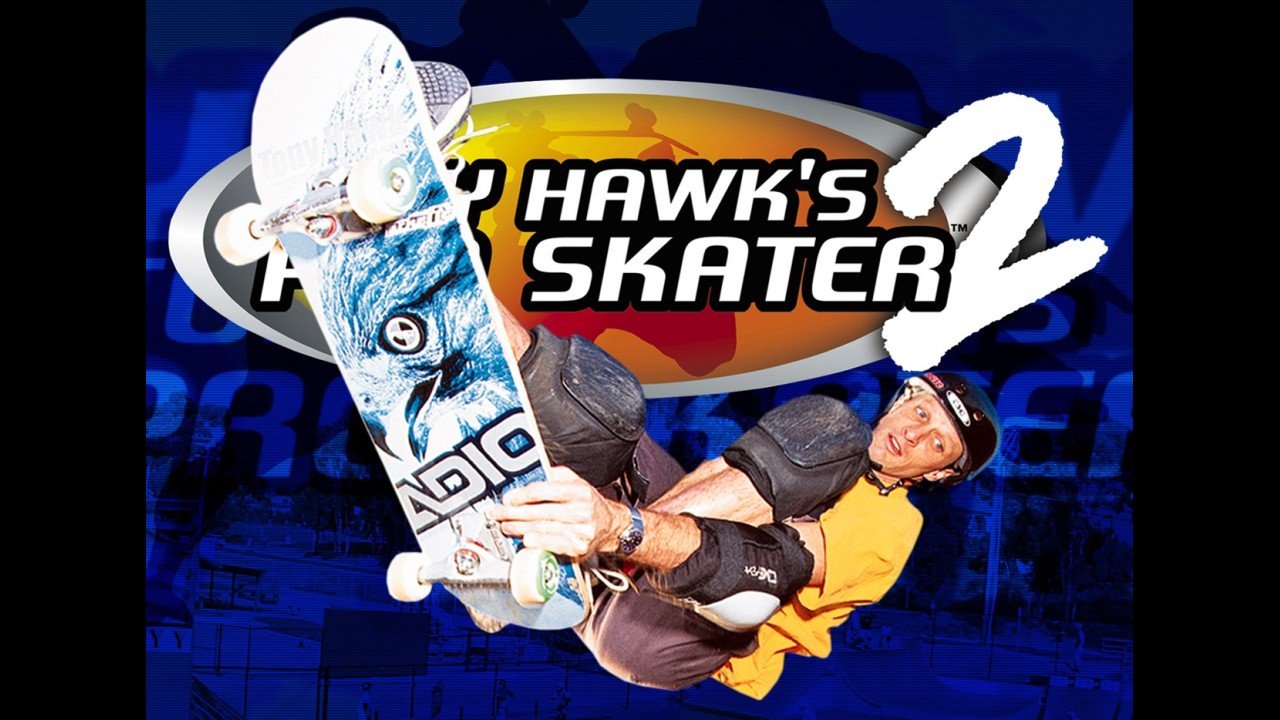 By David RodriguezApril 30, 2019 No Comments

Hey, it’s time to talk about games! Welcome back to Sound Test, the feature where we talk about great video game music and how it enhances the game experience. Today, we’re doing something a little different. Ever since I created this feature, I wanted to focus mostly on original soundtracks created and composed solely for a game, but always wanted to find a way to talk about soundtracks made up of existing tracks by professional musicians and artists – a licensed soundtrack, if you will. Today is the first attempt at that with me talking about 2000’s Tony Hawk’s Pro Skater 2 (herein also referred to as THPS 2 because I’m lazy), developed by Neversoft Entertainment for the Sony Playstation, but was also ported to Nintendo 64, a couple different Game Boys, Sega Dreamcast, Windows PC, Microsoft Xbox and a couple others, but we’ll be focusing on the original game here.

Why do this? Why cover a soundtrack made up of music by other artists that wasn’t even explicitly made for the game? Where’s the fun in that? Well, because this particular soundtrack was very integral to getting a lot of people, me obviously included, to open up their mind when it came to different music. There’s enormous value in that, and playing the game in the very early 2000s is a point in time I can always reference as being integral to me as a music lover and influencing my taste for years to come. Sure, punk, metal, and hip-hop may not be the most far-fetched musical styles in the world, especially to an angsty teen, but it was the masterful curation of this soundtrack that made it a perfect fit for high-adrenaline skating and safe, marketable rebellion. It’s also a remarkable time capsule for the time!

Quick note: as good as it is, I won’t be covering Papa Roach‘s “Blood Brothers” here as I’ve already talked about that elsewhere on this site.

The Tony Hawk’s Pro Skater series was a lively and fun tribute to skating culture. It found itself aligned closely with punk counterculture in the late 1980s and early 90s, though the epithet ‘skater punk’ (said in your best cop voice) is mostly a separate institution describing someone with baggy pants, slick sneakers, a board in their hands, and a general disdain for all authority. Or at least that’s the stereotype I grew up with. The games were a wonderful, slightly sterile reflection of that culture mostly thanks to their shining soundtracks.

So… where to start? I guess a reasonable place to start is with the punkier, more metal side of the soundtrack. The very first song you hear on the game is Rage Against the Machine‘s “Guerrilla Radio”. It plays during the opening full-motion video made up of live-action skate footage from the game’s roster of real-life pro skaters (hope you like 240p resolution). This was a pretty big song at the time on rock radio, so its inclusion makes perfect sense. It’s a rager of a track, embodying the 2000s fetish of nu-/rap metal that most of us would just rather forget, though Zack de la Rocha’s incendiary, radical approach to the genre was always endearing to a point where he and the band got a pretty big pass. It’s nostalgic in a way that many other of the tracks here aren’t for me personally.

I’ll always have this game to thank for getting me into Fu Manchu, and for giving me a great appreciation for stoner and desert rock, something that persists even to this day. Their song, “Evil Eye”, a highly underrated powerhouse of a song, appears on the soundtrack. The riffs are dusty and commanding, something you may not associate with some high-octane skating, but it worked very well within THPS 2‘s confined world. Flying up the ramps of the School level’s hidden basketball court area went well with the dense guitar work and atomically-paced drumming in this track. If I absolutely had to pick a favorite song from the game’s soundtrack, this is it.

Other gems on here include Bad Religion‘s “You” which was to THPS 2 as Dead Kennedys‘ “Police Truck” was to the first game. That is, the inclusion of each song on their respective games offered a window into cynical and melodic 80s punk that just wasn’t available anywhere else on a mainstream level like that. You think we knew how to hunt down classic music like that? No, the internet was just then starting to become ‘a thing’, and we as kids didn’t know shit about music discovery. But we sure knew how to nail a 720° kickflip over a pipe transfer as Bucky Lasek, and that’s what enabled us to hear something like that. Talk about ‘right place, right time’, huh?

Additionally, hearing the rap on this game was instrumental in forming my relationship with the genre. I already had various primers to metal, but not very many to hip-hop… until I heard “Bring Tha Noize” by Anthrax and Public Enemy. All you hear is double-bass metal drumming and grinding guitars, then Chuck D’s own bass-heavy voice comes into the mix:

‘Bass! How low can you go?
Death row, what a brother know
Once again, back is the incredible
The rhyme animal, the uncannable D
Public enemy number one
Five-O said ‘Freeze’, and I got numb
Can I tell ’em that I never really had a gun
But it’s the wax that the Terminator X spun‘

My whole world was lit on fire. I had never heard vocals like that, and I definitely never heard lyrics like that. Of course I didn’t understand the gravity of Chuck D’s damning lyrics on political protest, police violence, and free speech, but I know the song went hard as hell. Scott Ian of Anthrax actually raps pretty well on the third and fourth verses of this collab, bringing a little levity to counterbalance Chuck D’s heft. As one of the first rap metal songs ever, I can’t tell you how pumped up I’d get hearing those first few bars once I started playing the game. You were almost destined to have a great run once the whining guitars and fast raps blasted through your speakers. This is likely the only time you will ever see Anthrax talked about on this site, but damn, is it worthy.

Another hip-hop highlight that’s more traditional (read: grimy) is “B-Boy Document ’99” by The High and Mighty featuring Skillz (formerly Mad Skillz) and Mos Def. I didn’t know about Mos Def before I played THPS 2, but you can bet I remembered the name, and the voice, after I did. Damn, this song is super east coast hip-hop. Every rapper shines with braggadocio that’s a good mix for when you challenge a friend to some head-to-head skating, seeing who can paint more of a level their color in a game of Graffiti, or who can get the highest score in a two-minute skate run. Of note, Mr. Eon comes through with similar bars that also take time to thoroughly date the track with the opening lines, ‘I’m Jedi Master Mace Windu, what you been through/keep MC’s heads wrapped like Erykah Badu‘, because nothing is more turn-of-the-century pop culture potpourri than Erykah Badu and the Star Wars prequels.

The only songs I can really take or leave here (mostly leave) are Dub Pistols‘ “Cyclone” and Powerman 5000‘s “When Worlds Collide”. The former is a big mix of hip-hop, dub, electronic, and even ska influence which is monstrous, but more in a frightening Frankenstein fashion. The rapped vocals are standard fare, the horn section gives me uncomfortable flashbacks to my very short-lived ska phase, though the beat overall is pretty nice as it’s based more in hip-hop than anything else. “When Worlds Collide” is just a nu-metal nightmare of a song that I was never really fond of and always skipped when the game cycled to it (remember just hitting pause and restarting your current skating run just to get a song that felt right for the moment?). Other songs like Alleylife and Black Planet‘s “Out With the Old” fared better then and now. If nothing else, these songs are testaments to the cruel focus of the 2000s on the novel mashing up of genres that seemed to drive all corners of the music industry, mainstream and underground. Maybe one of these days, I’ll work up the courage to do a deep dive into that era and its experimental nature, but today is not that day.

Anyway, I think that’s a good place to wrap up. Tony Hawk’s Pro Skater 2 is definitely a product of its time, but it’s also something that’s near and dear to my rhythmic heart for daring to be different and exposing so many of us to awesome music. Did you know that Tony Hawk, Mr. 900° himself, was responsible for curating a good portion for the games’ soundtracks? Allegedly, Bad Religion‘s “You” was the number one song he wanted to get in the games. Well, mission accomplished – with him and the team at Neversoft being as careful selecting the music on here as I was trying to amass one million-point combos in-game when I was 12, it opened unprecedented doors of musical discovery, and I’m not the only one that feels that way. It’s very telling that many of the videos for the game’s songs found on YouTube use the game’s cover art as the still image for them. If that’s not iconic, I don’t know what is.

Tony Hawk still does his thing on the half pipe, but when he isn’t doing that or running a bunch of companies and upstarts like an adult, he collects real-life experiences on Twitter about aging into relative obscurity, taking it in stride and just as gracefully awkward as anyone of us ‘normal’ folk would – it’s low-key one of the funniest Twitter accounts ever. You can try to play THPS 2 for yourself due to a good amount of copies occupying the second-hand market, though do yourself a favor and stick to a disc-based copy of it as the soundtrack was heavily cut down, out-right butchered, or changed entirely to fit the limitations of cartridge-based copies like those on the Nintendo 64. The game’s soundtrack isn’t officially available for streaming, but the cool thing about licensed soundtracks is that you can just build it yourself on something like Spotify. Enjoy the playlist I made a few years ago that has all but one song (damn you, Styles of Beyond, for not putting “Subculture” on streaming services!).