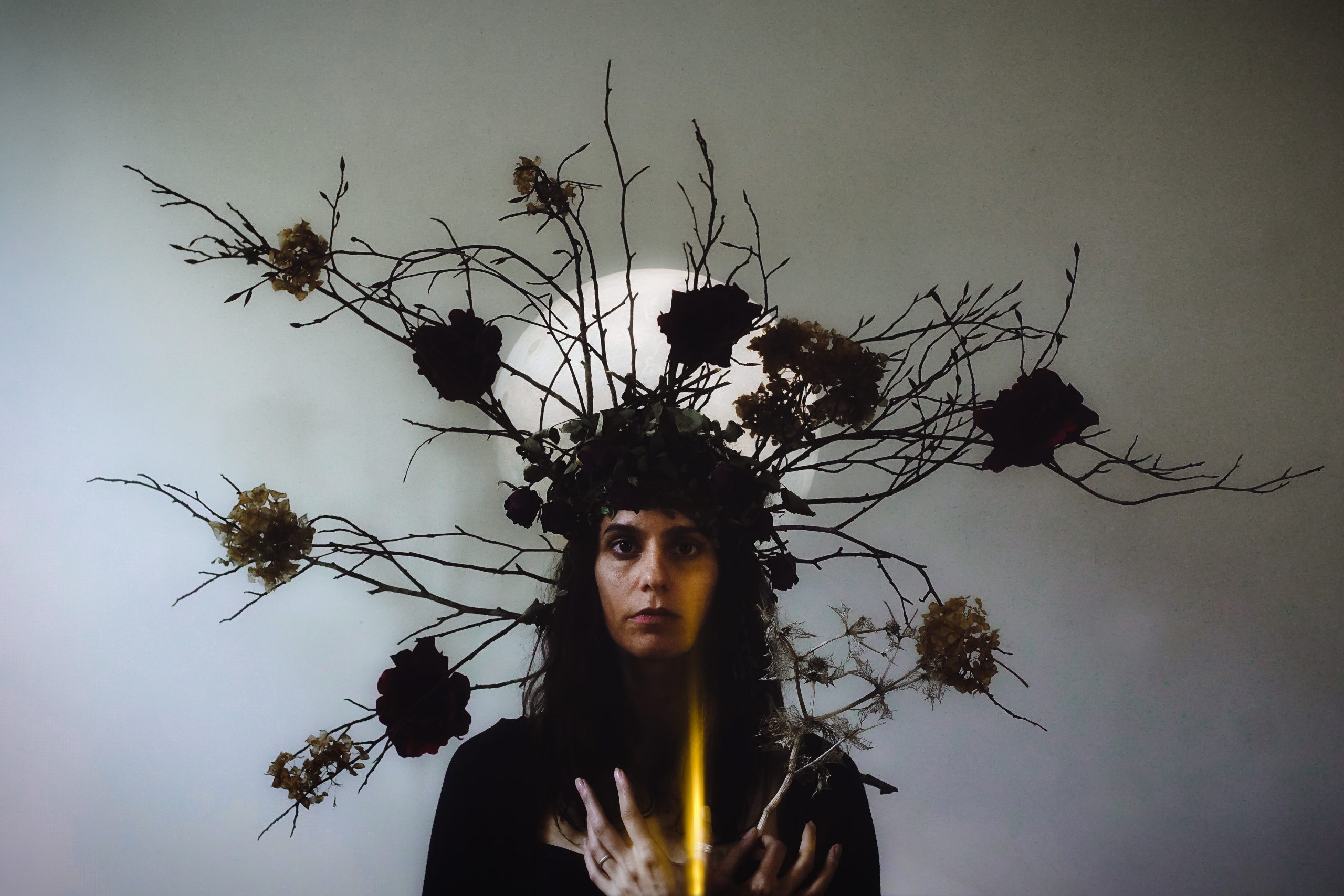 By Vidur PaliwalOctober 21, 2020 No Comments

Laure Le Prunenec is well-known for her work, among all those who enjoy the more experimental and avant-garde end of dark music. Her operatic vocal delivery on Igorrr, Öxxö Xööx, and Corpo-Mente has rightfully earned her a strong fan following, but what often flies under the radar is her solo work under the moniker of Rïcïnn – a captivating project, whose debut Lïan in 2016 put Le Prunenec’s vocals front and center, while bringing together bits of all the previously mentioned projects, to form a colossal masterpiece unlike any other. Four years later, Rïcïnn returns, taking a broader yet nuanced approach with a sophomore full-length – Nereïd.

What made Rïcïnn‘s debut stand apart from her other projects is that it showcased Le Prunenec in her most expressive form, free from any restraints on style. Yet Lïan was just the first step of expression for Le Prunenec, whereas Nereïd sees her break all the shackles and soar high. The multiple layering of the vocals is more refined, and the vocal delivery has an even wider variety. This element is evident from the get-go with “Zéro” – a choral intro sung without instrumental accompaniment. With Le Prunenec pulling the lowest and highest notes with equal comfort, the song quickly transports the listener into a large cathedral atmosphere and sets the stage for the rest of the album. Moreover, there is an unmatched eloquence to her delivery, allowing the music to go beyond expression by connecting with the listener’s emotions. As one listens to the album, it is hard not to feel the extreme frailty in “Erani” or sheer soaring love in “J-C,” and this is integral to the beauty of Nereïd.

Another aspect of Rïcïnn‘s charm lies in the musical compositions that surround Le Prunenec’s voice. On Nereïd, they are not only given far greater attention but also allowed to cover a much broader sonic landscape compared to any of her previous projects. Where “Doris” takes one into a land of life with its nature sounds and tribal drums, the strings on the title track “Nereïd” immediately put one into a sad state through its somber, funeral opera sound. The best representation of this diverse landscape is with “Artäe.” The song starts with a classical piece that, over the five minutes, transforms into a folk-doom tune akin to an amalgamation of Myrkur and MonumentuM.

The flip side of the freedom exercised by Rïcïnn on Nereïd is the lack of cohesiveness across the album. The best example of the same lies in “Psamatäe,” the longest song on the album. Individually, it sees Le Prunenec bring the vocal style seen on Corpo-Mente, but mix it with an industrial synth sound akin to fellow country and label mates OddZoo to beautiful effect. But as a part of Nereïd, “Psamatäe” and the aforementioned “J-C” feel like a disjoint to the rest, resulting in a slightly off-putting experience. But this is a minor issue compared to the sheer artistry on display, ensuring Nereïd is an album in which one can completely submerge themselves. For this, it would be remiss to not give credit to the mixing and mastering done by Déhà; to do artistic justice to a record with so many interweaving layers is no mean feat.

Laure Le Prunenec is undoubtedly one of the best vocal talents in the avant-garde community, and Nereïd only further cements this fact. Through Rïcïnn, her talents shine far beyond experimental metal music, soaring through classical tunes, folk melodies, and electronic sounds with equal aplomb. Nereïd is a piece of art to immerse yourself in, feel the different soundscapes, and let all the trapped energy burst forth!