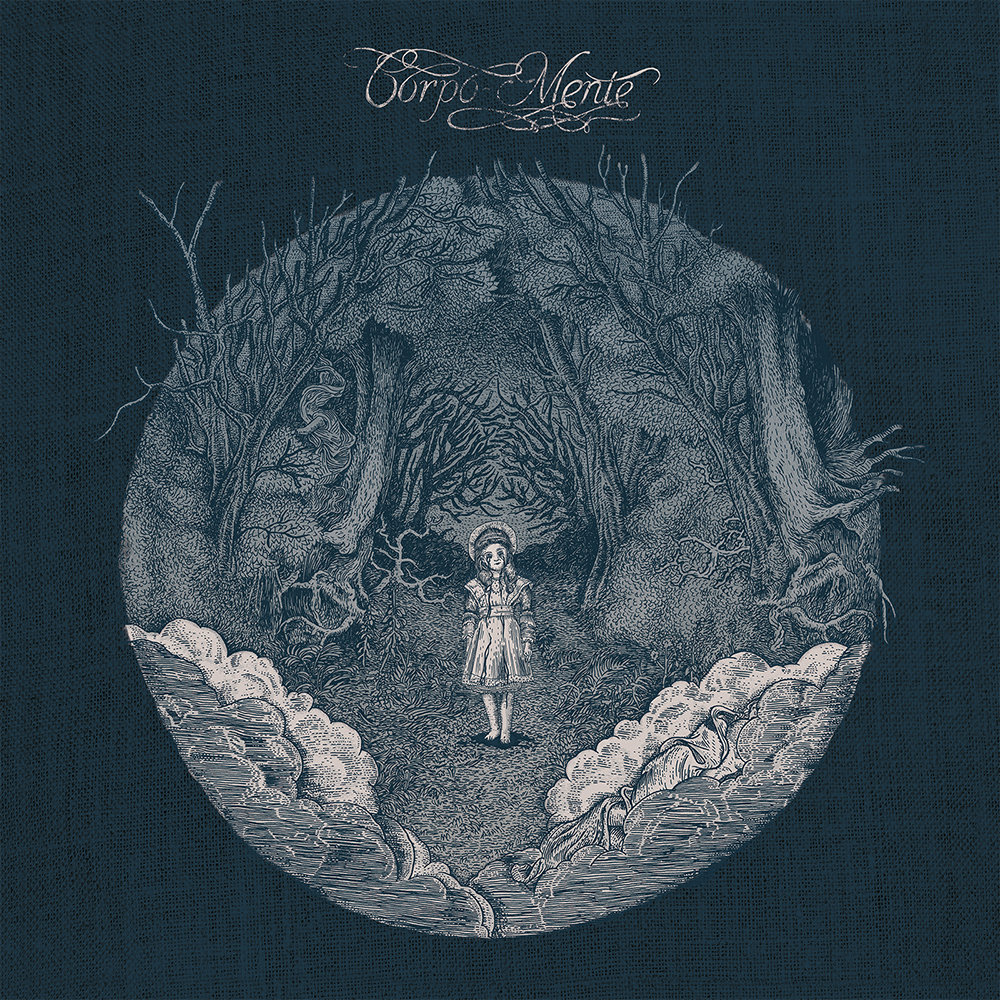 By Dominik BöhmerAugust 3, 2019 No Comments

No matter how attentive a music listener you are, there are always those releases that slip through the cracks, getting lost in the endless maelstrom of notable releases when they really should’ve had your full attention. It’s a sad truth many of us music enthusiasts face. One such overlooked gem is Corpo-Mente by the eponymous side project of Gautier Serre alias Igorr, which he founded alongside vocalist Laure Le Prunenec. Below, you can find what our staff writers Ashley and Robert have to say about this special little record.

Just slightly over four years ago, the eccentric soul behind Igorrr (who goes as Gautier Serre in real life) pulled what I like to call a ‘Casualties of Cool’. By that I mean that just like Devin Townsend, Serre poured his deepest innards into a strongly emotional side project which showcases feelings and moods above everything else. And just like Devin’s foray, Corpo-Mente is a stark departure from what we are used to hearing from Serre.

Corpo-Mente is truly something special, regardless from which angle it is viewed. Stylistically it’s difficult to pin down – as any proper record is – but if I’d absolutely have to say it’s something then it would be that it’s kind of an acoustic/modern classical frame that is filled to the brim with operatic vocals and a strong trip-hop aesthetic, all of which is then painted with a zestful handful of glitchy electronic shades and splattered with just a dash of Igorrr’s characteristic black metal.

The flow and composure of the record is quite thoughtfully laid down with a truly progressive mindset. This reverberates with exuberance in really every moment. The listener isn’t just entertained but rather immersed in a dark, gloomy, and visceral territory where emotions are incarnated and roam free. This particular trait is enhanced thousandfold by Laure Le Prunenec’s vivid and dynamic vocal delivery. I’m not only talking about how her technical prowess is absolutely on point, but also about how every pulse is perfectly articulated. There are very few vocalists that reach anywhere near this level, and for that, Laure’s contribution is an integral part of what makes Corpo-Mente so special.

I would be remiss if I wouldn’t mention how the production value gives extra depth in nuance to the entire trip. It adds that extra pinch of color which is sometimes missing on albums that are equally well crafted. This attention to detail is what separates a really good record from a masterpiece. Corpo-Mente is by no means a show of technicality or intricate composition, quite the contrary; it is an elegant display of how soul-stirring properties can emerge from something relatively simple. It successfully conjures an entire realm around the listener with an effortless grace and that is where its mettle lies. Such records are the ones I personally live for, regardless of the form or style they come in. All I hope is that Corpo-Mente doesn’t remain a one-album-wonder like so many other amazing projects.

Gautier Serre had a lot of musical ideas, and they were never all going to fit in the Igorrr canon, and so Corpo-Mente was born. This self-titled release was most certainly a close blood-relative to Serre’s work in Igorrr. There are similar vibes all round, plus it heavily features the operatic vocal talents of Laure Le Prunenec.

The comparisons are numerous, but there is a definite identity of its own running throughout. Is ‘mellow’ the right word? Well, perhaps not, but it is rather more subdued, more foreboding and more gothic. It’s entirely acceptable to judge Corpo-Mente on its own merits, and on that note, I’d say it’s almost a shame it never received a true-blood follow-up.

The steady swingy percussion, the electronic dissonance and those ever vibrant guitars inject a true life-force and consistency to the music. The trip hop baroque conventions are level-headed, occasionally hitting grand cataclysms in tracks such as “Velandi”, but mostly landing upon the more subtle nuances of Gautier Serre’s outlandish musical stylings. It all pays off delightfully. Corpo-Mente is a deep, dark and often melancholy mix of stuff. As the album cover depicts, listeners are taken on a journey through a forest of sombre dreamy musings. It’s very rarely upbeat, but it’s always substantial, serving as the soundtrack to a theatrical fable with a tragic resolve. Or maybe it’s something a great deal more personal than that. Perhaps we’ll never know.

On a pure musical front, this album is also a staggering achievement, as everything is in such a damn fine balance. Here we have a blend of acoustic, electric, violins, and some surprisingly pounding low end. It’s all carried upon a trip hop, subtly dubstep, electronic undercurrent, and you’d consider this to be the dangerous elephant in the room which dulls the efficiency of everything else. That is not the case. Electric percussion is a tool, and Serre wields it as such. It is most certainly not his desire to showboat flare, even though he could if he wanted to. The reality is, he has other things on his mind. His clear mission is to serenade, to provoke, and to ring out the more tender bittersweet reaches of our souls. Corpo-Mente is the place to go if your melancholy thoughts need contextualizing in a more abstract fashion. It is also an overlooked gem which should suffer no lapse in attention, so don’t miss out.

I’m afraid that’s gotta be all for now; thank you for reading our thoughts on Corpo-Mente and its creators! If you want you can leave your own thoughts and feelings about this project in the comments, either here or on the Facebook post about this article. Also, don’t forget to come back two weeks from now for another belated look at a beloved and/or underappreciated record.

A Scene In RetrospectBaroqueCorpo-Menteelectronicexperimentalfrancetrip hop