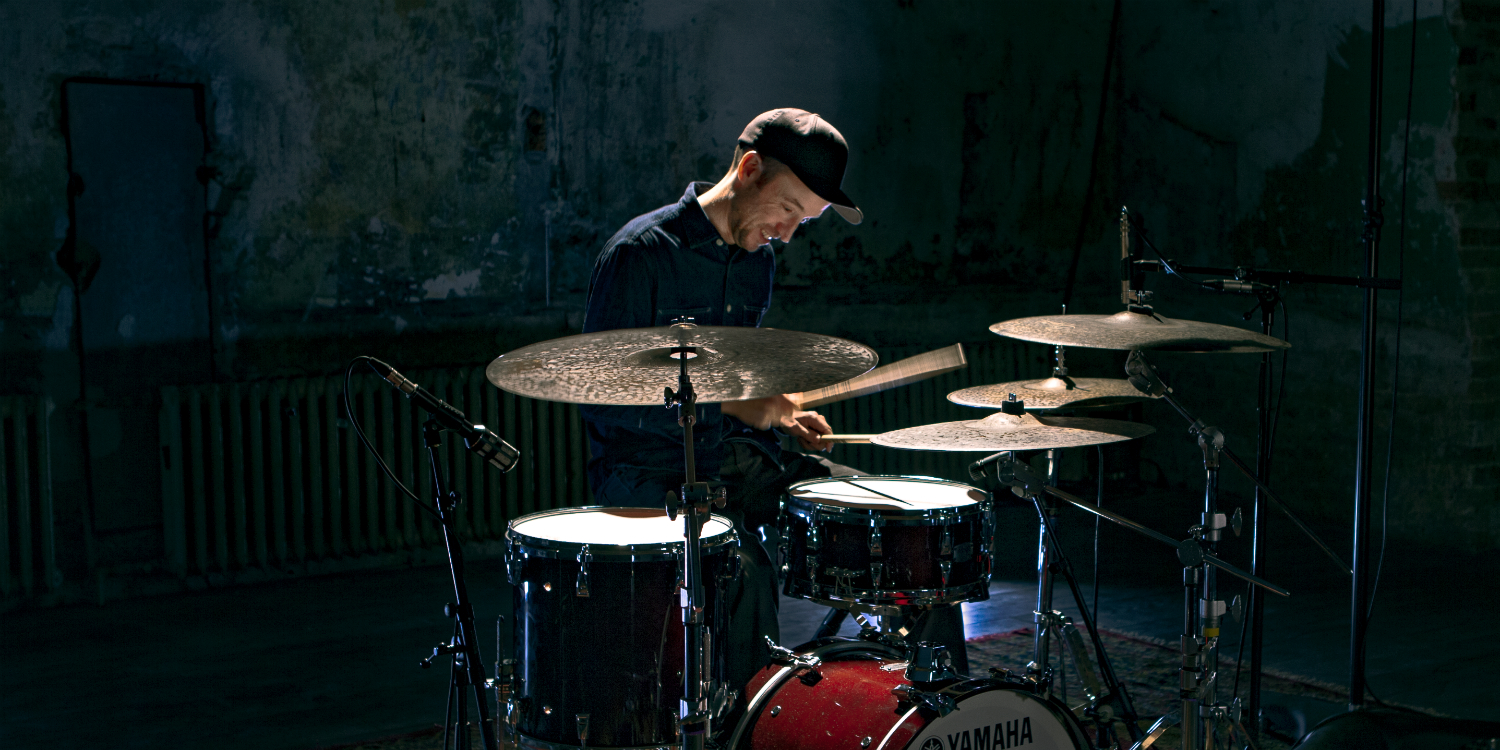 Real Time is a cornucopia of brilliant music. Every musician shines without blatantly showing off, even Spaven himself. It’s a well put-together aural adventure – a journey through jazz, electronica, R&B, soul, and almost everything in between.

Before I select a record to review, I like to do some research first to know what I am getting myself into. Upon watching my first YouTube video of Richard Spaven, I was completely blown away. I was also kind of upset because I’ve gone this long not knowing who he is, and I’m a drummer (or was a drummer, we’ll get to that in a few). Richard Spaven has released a few solo projects dating back to 2010, and apparently I’ve been living in the dark. Spaven’s last two records: The Self and Real Time have featured Jordan Rakei on vocals for a handful of songs on each album. I discovered singer and multi-instrumentalist Rakei about two years ago, and absolutely love his style and voice. Seeing his name littered into the track-listing for Real Time had me excited to explore this record.

Now this review took me way longer than it should have, because I had to pause Real Time after about 30 seconds. The reason I paused it, you ask? After hearing Spaven‘s shuffle intro of “Spin”, I went into my garage, packed up my drums, and put them on eBay. He’s that good! After selling my drums, I decided to give Real Time a full listen.

Giving “Spin” another spin (pun very much intended), Spaven wastes no time in letting you know he is a bad dude on the drums. With just staying on the closed hi-hats, snare, and bass drum, he creates a hypnotizing whirlpool of a shuffle that draws you in and spins you around (I’m in rare form today). Jordan Rakei lays some incredibly gorgeous vocals over the shuffles and Stuart McCallum’s staccato guitar lines. Rounding up the rest of the band are bassist Robin Mullarkey and keyboardist Oli Rockberger. The same musicians are on every song, giving the album more of a fluent feel as opposed to a solo album with a handful of different musicians.

An incredible fact that I’d like to bring up is that Spaven and company recorded Real Time in just one week! That just shows how talented these musicians are to be able to record nine soundscapes in the Bath countryside at Real World Studios in such a short amount of time. Rakei lends his vocals to about every song on the record, though some songs he’s just adding background layers to. The songs that he leads are all the stand out ones to me. I’m not knocking the instrumental tracks at all, but Rakei takes the songs to a whole other level.

I love albums where it is hard to nail down a genre, and this is no different. Although it’s mostly jazz, there are electronica parts and even some break beats throughout; on the songs where Rakei uses his angelic vocal chords, the genre jumps more towards soul or r’n’b. Real Time is a cornucopia of brilliant music. Every musician shines without blatantly showing off, even Spaven himself. I mean, it’s his album, but there are no solos or pretentious fills. Bass virtuoso Victor Wooten once said ‘you can’t hold no groove if you ain’t got no pocket‘. I’ve always loved this double entendre, but it holds true when it comes to Spaven’s playing. He stays in the pocket like he’s a mix of change and lint, and in that pocket comes the groove.

As a drummer, I follow drummers of all genres, but one main problem is always that when a drummer does an album where they lead the charge, either it’s a mess of over-the-top soloing or they lay back and just blend in with the band without taking control. Real Time does not suffer from either fault. Spaven leads the band whichever direction they go, staying in the forefront but never being a show-off. As I stated before, “Spin”, “Faded”, “Show Me What You Got”, and “Celestial Blues” are my top songs because of the majestic addition of Rakei. They work so well together, and have collaborated before on “Toko” from Rakei’s album Cloak. Now what I really want to see is for them two do a full album together!

Although Spaven made me almost give up drumming with his brilliance, I can not hate. Instead I am inspired. I haven’t found a drummer that can do what he does in quite some time. Can a non-drummer enjoy this album as well? Hell yeah! It’s a well-put together aural adventure – a journey through jazz, electronica, r’n’b, soul, and almost everything in between. Also, having Jordan Rakei doesn’t hurt either; that is one talented dude! Give Real Time a spin so my puns won’t have to live in vain.