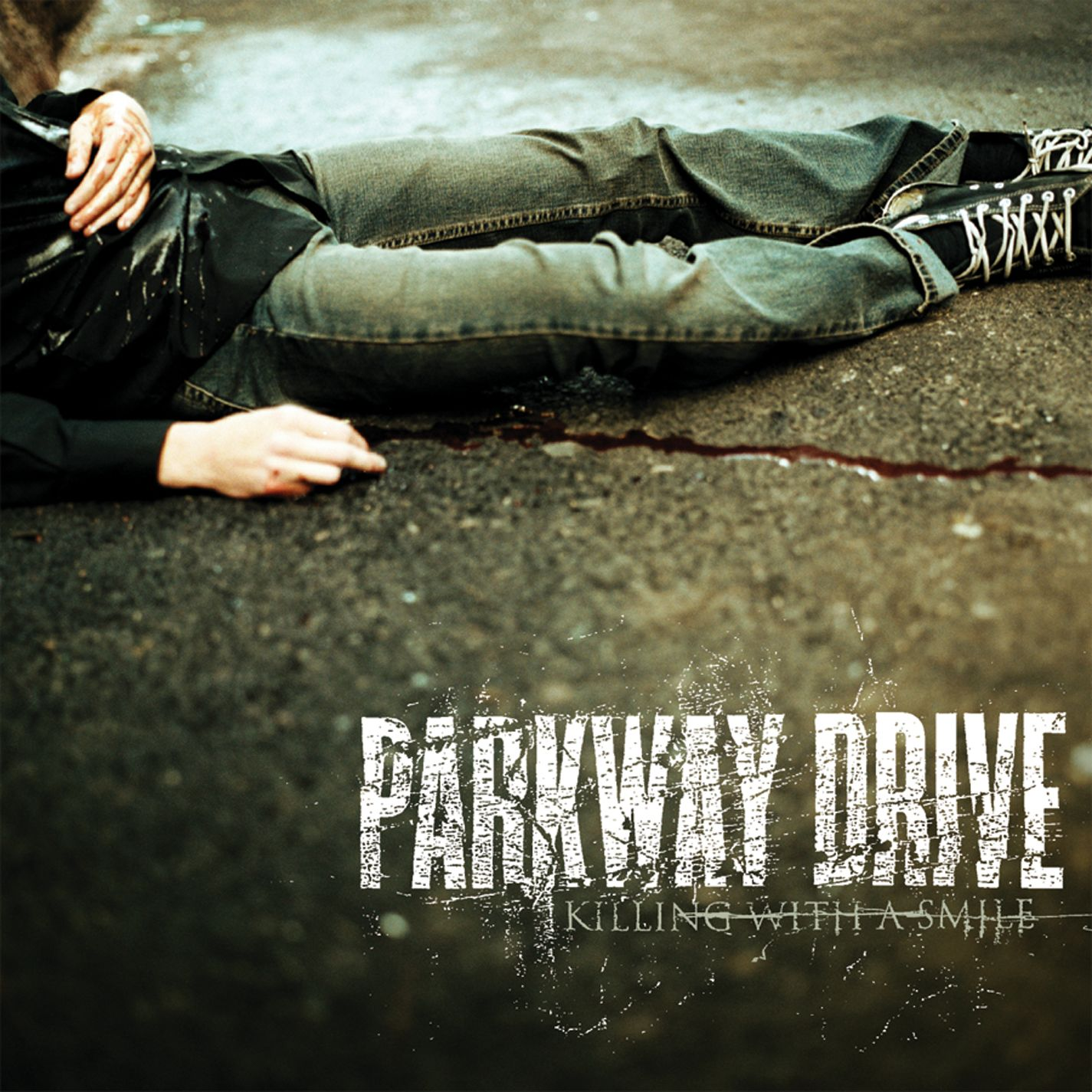 A SCENE IN RETROSPECT: Parkway Drive – “Killing With A Smile”

By Dominik BöhmerJanuary 5, 2019 No Comments

Hey there! Welcome to the first episode of A Scene In Retrospect of 2019! I hope you had a relaxed start into the new year so far, because right now we’re going to step it up a notch or two – new year, same energy! And what better way to deal with some excess energy than moshing it all out to one of the best metalcore releases known to man? That’s right, I’m speaking of Parkway Drive‘s début record Killing With A Smile, which came out all the way back in 2005. Teaming up to discuss this particular album, Everything Is Noise PR/social media manager Valentin and staff writer/social media assistant Rodney will be sharing their thoughts on it with you over the following almost 1000 words. Please enjoy!

Needless to say that Parkway Drive are probably the biggest metalcore act from the land down under. In fact, they’ve been the very first Australian band to garner my attention. I had a friend who covered me with heavy music back in those days. One of the albums I got was Killing With A Smile. Being limited to only a couple of metalcore album somehow forced me to listen to these ones I had over and over again. I still remember listening to “It’s Hard To Speak Without A Tongue” for the very first time – it instantly became one of my favorite songs. At the age of 14 or 15, I still thought this was how metalcore should sound like. It had everything: melody, groove, and heavy guitars, while working with a non-formulaic structure.

The riffing all over the records blew me away and satisfied my metal roots, while expanding them with the hardcore undertones. Listening back to early Parkway Drive makes me realize how many bands have been influenced by their sound. Anyway, I have to admit that it was hard listening through the whole album again. I have the feeling that the style of music that Killing With A Smile represents has gotten oversaturated within the last years, and I just can’t listen to modern metalcore anymore. There’s only a small amount of bands that really stand out with their way to write music, and Parkway Drive were one of them.

Also, Parkway Drive never really changed their concept on this record. It works out, and all of their songs originate in the same fire, which is clearly audible. Short songs like “Guns For Show, Knives For Pro” or “Picture Perfect, Pathetic” just came out so heavy and smashing with their breaks, without getting too repetitive. There’s also a lot of melodic death metal elements in the guitar work that Parkway Drive used on Killing With A Smile. Just listen to the beginning “Smoke ‘Em If You Got ‘Em” and it becomes pretty obvious.

I still think “Romance Is Dead” is overrated, because I never felt that it was the best track on the record. When I take a look at the tracklist, I found myself listening to the second half of the album more. ‘Everything you loved fucking dies tonight‘: it’s this gang shout that interludes one of the best breakdowns on this album. The fast pace and blast beats, combined with the tremolo-picked guitars make this song one of the heaviest on the record, and I instantly see 14-year-old me headbanging in my room after school.

Although I grew up listening to metalcore almost exclusively, I pretty much lost all of my interest in the genre over the past few years. I got older, broadened my musical horizon, challenged myself to listen to new things, and whoops – the genre I once considered to be my absolute favorite now seems pretty lame to me. Up until this day there is only one album from that era that I still listen to on a regular basis. Yep, you guessed it already, it’s Parkway Drives’ Killing With A Smile!

What I always loved about this album is the sheer energy each and every song delivers. There is no intro, no interludes and no outro, just 39 minutes of straightforward music. Musically, Parkway Drive managed to create a monstrous hardcore/metalcore hybrid with a very unique sound that I never heard before back in the day. Right from the very beginning, I fell in love with Killing With A Smile: “Gimme AD” is an absolute beast of an opening track with its insane guitar riffs, tempo changes, and Winston McCall’s outstanding vocals.

The whole album is full of highlights. It would definitely go beyond the scope of this article to talk about them all, so I’m just going to talk about a few of them, like the solo midway through “Pandora”, the outro of “Romance Is Dead”, or the intro riff of “A Cold Day In Hell” – those are some of my favorite musical moments of all time and still give me goose-bumps after all these years. What I also really like about this record is the kinda rough, organic production that makes me miss the days when no Axe-FX’s and Kemper’s were around and music was not horribly overproduced (damn, I’m feeling like a grumpy old man now).

For me, Killing With A Smile falls under the ‘all killer, no filler’ category and will go down as the greatest metalcore album ever written. Unfortunately, I lost all my interest in Parkway Drive’s newer output, but both Killing With A Smile and Horizons will always hold a very special place in my heart and I can already imagine how I will be blasting these two masterpieces as the grumpy old man that I momentarily turned into a few sentences ago.

That’s all for now! What a way to start a whole new year of nostalgia, considering that we’ve got so much more quality music to retroactively review up our sleeves. Anyway, what are your thoughts on/experiences with this band and album? Feel free to share them with us in the comments! While I’ve got you there, you can also suggest some records to us that you’d like to see included in this feature.

I hope to see you back here in fourteen days for another episode of A Scene In Retrospect. Until then, stay safe out there, and as always…