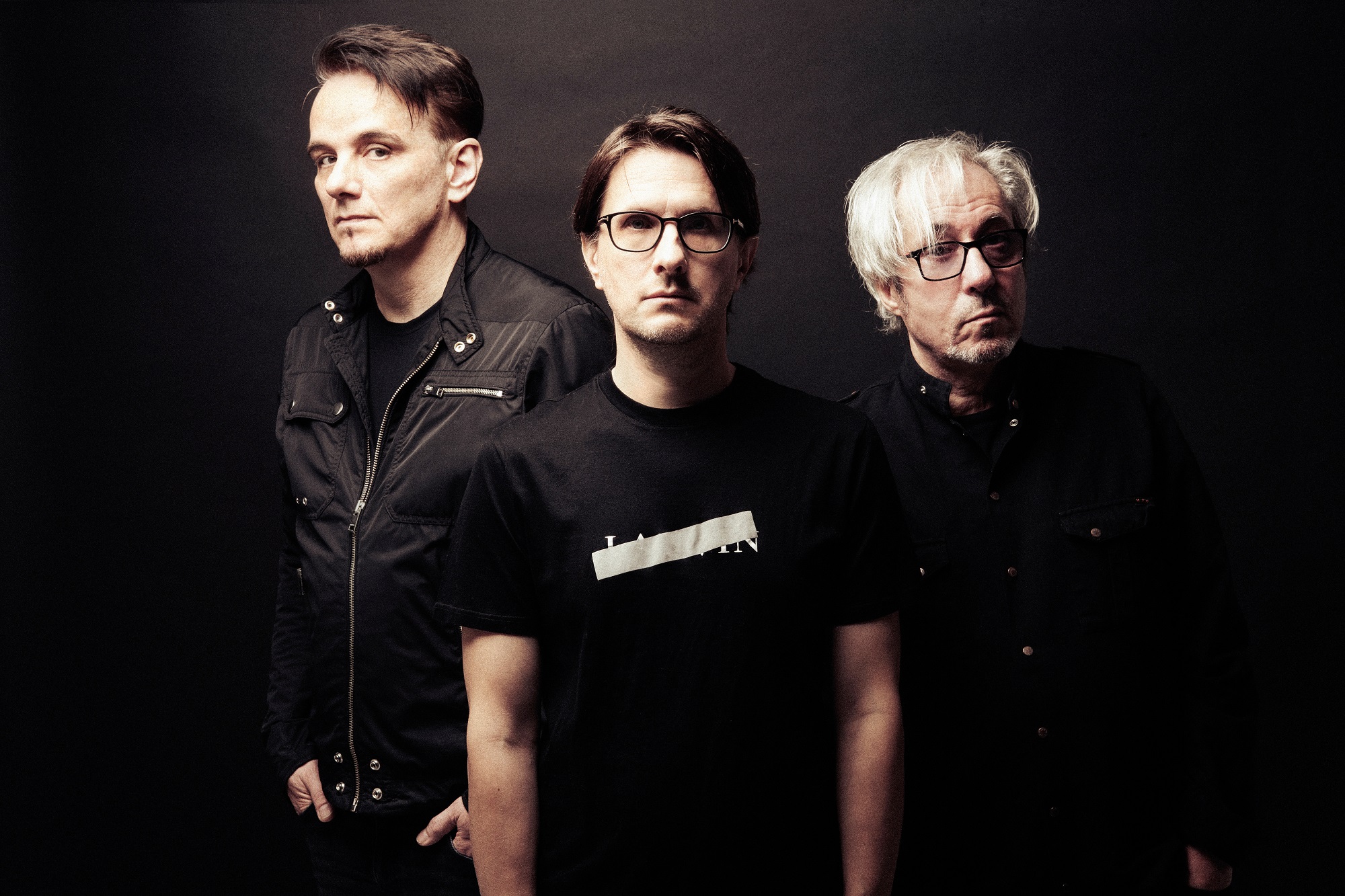 Porcupine Tree do the best thing they could in their situation with CLOSURE / CONTINUATION – use the past as a framework to deliver something new and fresh.

TL;DR: Yes, this album is good – fans should like it.

Now that we got that out of the way, let’s talk about it more. Much more. There’s many out there, some among our readers I’m sure, more fanatical about Porcupine Tree than I am, or have been a fan longer than I have. It’s not a high bar – I’ve only been privy to the prog band for… more than ten years, but certainly less than 20. I can’t say for sure. In Absentia is some of the best progressive music I think you could find in modern times (read: after 2000), and I think much of what Steven Wilson’s accomplished in his solo career are great follow-ups to that sort of magic.

There was, in my mind, no quantifiable way Porcupine Tree could rekindle that same exact magic here, but was that even the point? No, not really. Peeking at recent interviews, there’s an insistence that this isn’t a reunion in the traditional sense because, to be fair, the band never disbanded officially. They just did other stuff, Wilson with his solo career, keyboardist Richard Barbieri with his, and drummer Gavin Harrison working with another ‘PT’ band – The Pineapple Thief – and prog royalty King Crimson. Those are the only three members of Porcupine Tree right now which is why, if anything, this is more of a reimagining or ‘reboot‘ as Anil Prasad put it in his piece for innerviews linked above.

As such, I’m not going to spend much time at all likening CLOSURE / CONTINUATION to previous work of the band or adjacent solo endeavors. While history is important, it’s clear with this album that the trio of musicians wish to exist in the present, as they always have, and not only will I respect that, but I also just don’t have the historical knowledge required to be as comprehensive as I’m sure others will – kudos to them.

CLOSURE / CONTINUATION is cool for one main reason alone: it was a joint effort for writing and forming the record. Previously, with Wilson as the lead writer, he would produce meaty demos of work to bring to the other members and ask for input, fleshing out or making changes as appropriate and suggested. They were reworks of rough drafts incorporating feedback rather than fully collaborative efforts. Well, not the case here, and while I wouldn’t be able to tell you where Barbieri or Harrison’s prints are specifically, what this album clearly isn’t is a glorified Wilson solo album. This is a net positive.

Although I could feel traces of solo stuff in a single like “Harridan” when it dropped – the crunchy bass intro reminded me of “Luminol” a bit for instance – there’s just a palpable sense that everyone is involved and tapped in, pushing songs forward with vigor, energy seemingly transferring from member to member as tracks ebb and flow. Seven tracks here (special edition bumps it up to ten – more on that later) and each one has its own soul. “Harridan” is the perfect ‘opening credits’ song with a weighty groove (again, that bass) and an explosive chorus to rouse and wrest attention.

“Of The New Day” is calm, ballad-esque Porcupine Tree, but the gimmick of it is a constantly shifting time signature. Fitting as it’s a song about change, evolution, and rebirth.

‘Hold your fear in check, my dear
It’s got no place here
There’s no need to fight
Just drift away on the new day

It’s hopeful and calming, as you’d expect from the group, but isn’t an outright retread or carbon copy. I really like the atmosphere of the track which feels pensive and almost ghostly, like watching the very real present turn into specters for the houses of the past at an incomprehensible speed, and the future knocking its uncertain fist on your door to break your trance.

“Dignity” is another fave. The guitar tone is coated in a washy reverb that harkens back to ’90s rock, and even calls further back to heyday Pink Floyd with some of the vocal harmonies and structure. Keyboards give it a majestic, fantastical feel as the lyrics detail the life of someone homeless who has lived this fulfilling life up until circumstance took everything from them. They have stories, they have feelings, and, yes, dignity as well; a multifaceted human reduced to something lesser in a lot of people’s eyes because of their status and appearance. It’s not preachy or scolding, and maybe I’m reading more into than intended, but the implication is there with the humanization of that person and others like them.

The rest of the album is a fine mixture of classic Porcupine Tree that should hold up well to fans’ expectation as long as they are reasonable like my own and don’t go in looking for a veritable sonic sequel to Fear of a Blank Planet or Deadwing. What’s it mixed with? Some modest additions or tweaks to formulae you’re familiar with. “Herd Culling” for example has some of Wilson’s most emotive singing I’ve heard in a while. The feel of the album is more robust for reasons I went into earlier. I believe that is a direct result of creative control being in everyone’s hands as opposed to mostly one person. Wilson’s great, I do love most of what he does despite some of his more old head attitudes that show themselves, but I wasn’t looking for that. Luckily that was not the case here as CLOSURE / CONTINUATION is a communal project and was made in that way over the last decade-plus with tons of time for songs to breathe and grow more naturally, a boon to listeners and surely the trio as well as they clearly felt no pressure to rush things.

The seven tracks that make up the official tracklist form a solid album that touches on all the types, moods, and modes you’d want from Porcupine Tree. As I mentioned earlier, three more exist on special editions and… I can’t say they particularly add much to the experience. If more Tree is what you need, then have at it, but I found the 48 minutes of the first seven songs a great revisitation and revitalization of the band. Like seeing an old friend after a long while and realizing that not much has changed; you both have some new stuff to share, but the basis on which you connected at the start still exists and yields great feelings that go beyond nostalgia. I’m low maintenance – I don’t need many extras, but they’re there if you want them. By all means, support artists you like by buying souped-up versions of their work. Personally, I did like the bonus “Never Have” for its catchy melodies and keyboard focus, so look forward to that.

Whether this album is truly closure or a continuation, only time will tell. The band are smartly not committing to much yet, just as they never committed to splitting up in the first place. At any rate, new music after 13 years of functional silence is always scary for a group you like, but I think where Porcupine Tree succeed with CLOSURE / CONTINUATION is by not living in the debt and shadow of their past, instead showing some progression and growth from the years they’ve been apart, but not too far apart; always working, always creating, honing chops, learning new things, and, surely, growing as people as well. We could all learn from that, I suppose, and maybe this is the soundtrack to that inevitable change and progress for you.