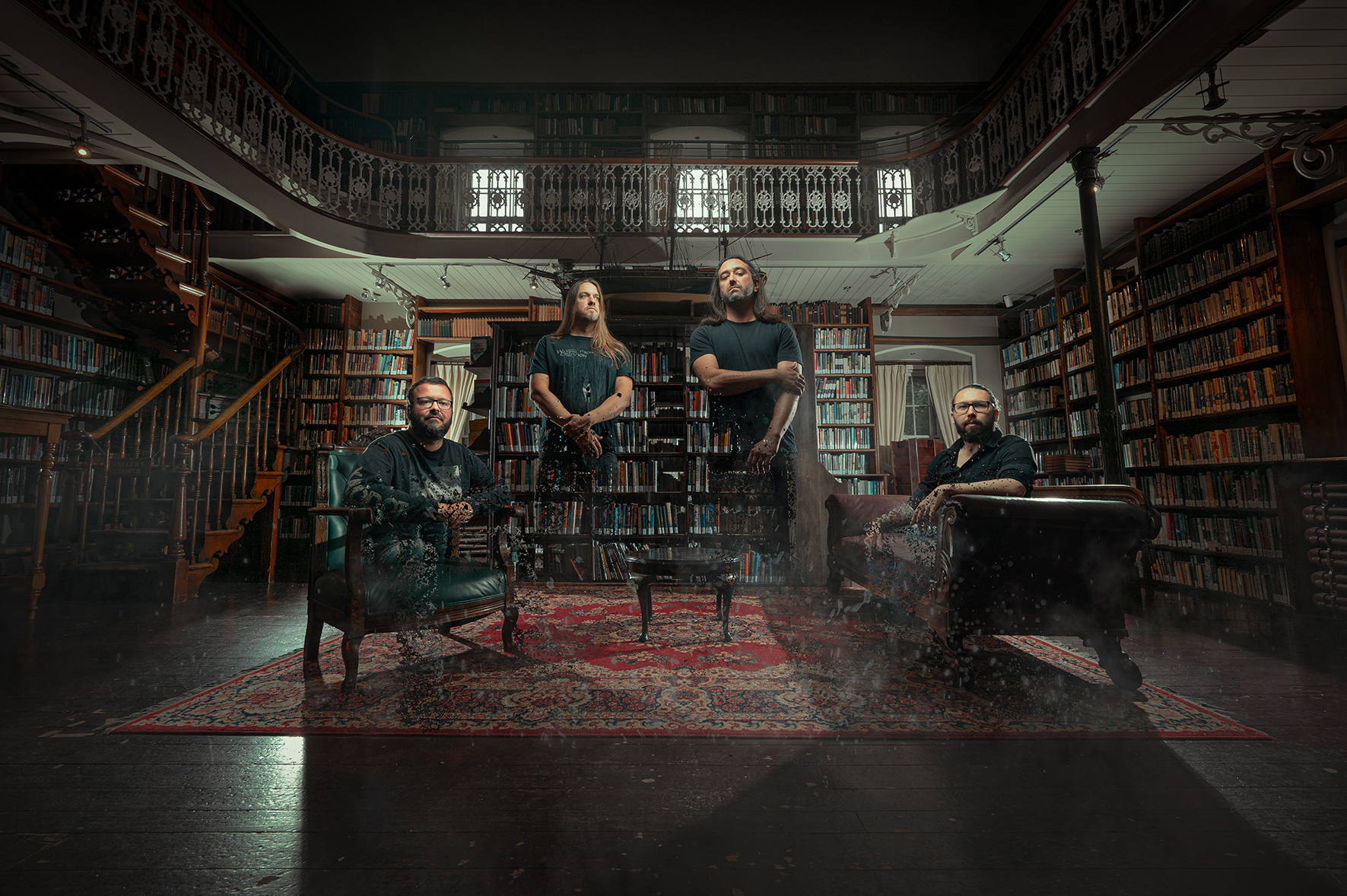 Some music is just hard to explain – how many times have you come across a track that you have really enjoyed and gone to tell a friend about it, but you just can’t find the right pigeon-hole to put them in? This is very much the case for me when trying to talk about the band Contemplator, a Quebec-based rabble of collaborators led by songwriter Christian Pacaud (who also takes on guitar, bass, and programming duties). Listen to the recently release “Zero Mask”, and you’ll find yourself on a journey through a range of genres and ideas that Contemplator somehow manage to fuse together effortlessly. But before you go off and do that, we have a little treat for you in the form of a premiere of their latest release, “Vestigial”!

Let’s cut straight to the point here – “Vestigial” is a fantastic piece of work full on intrigue. With many moving parts and creative changes of feel and pace, the track will do much more than hold your interest throughout its near 5-minute duration. The bass work of Pacaud here is outstanding, building a solid foundation for the track to grow around, at times feeling like the vocalist of the band. Pacaud outlines that this focus on the bass was far from accidental, explaining that “Vestigial” ‘was composed at a time when I was exploring ideas for solo bass compositions. Many sections were arranged over melodic and chordal bass lines, often taking this track away from riff-based structures into more ambient territories, thus creating many opportunities for sound design and dynamic guitar arrangements.’ Contemplator showcase their ability to work in tandem whilst simultaneously flaunting their individual abilities on their respective instruments throughout “Vestigial”.

You would assume a piece as intricate as this would require an over-the-top, story-led music video for accompaniment. It does not, and the simple visuals are perfect for leading the listener into a trance whilst letting the music do most of the talking. As Pacaud explains, ‘the visuals for the video were designed by Vincent Fiset, a friend of mine and visual effects artist whom I’ve worked with in the video games industry, using Houdini, a software used to create procedural visual effects. The visuals for this video were generated from the audio stems of the track, then rendered to video.‘

A fantastic track that is more than deserving of your attention, “Vestigial” is taken from the upcoming album Morphose, which is currently available for pre-order on glorious vinyl right here via Nefarious Industries or via the Contemplator Bandcamp. With the album not released until July 29, you have plenty of time to dig into the band’s back catalogue and make sure you are following their Facebook and YouTube pages to keep up to date. Do yourself a favour and get to know the band before Morphose makes its way into the world!