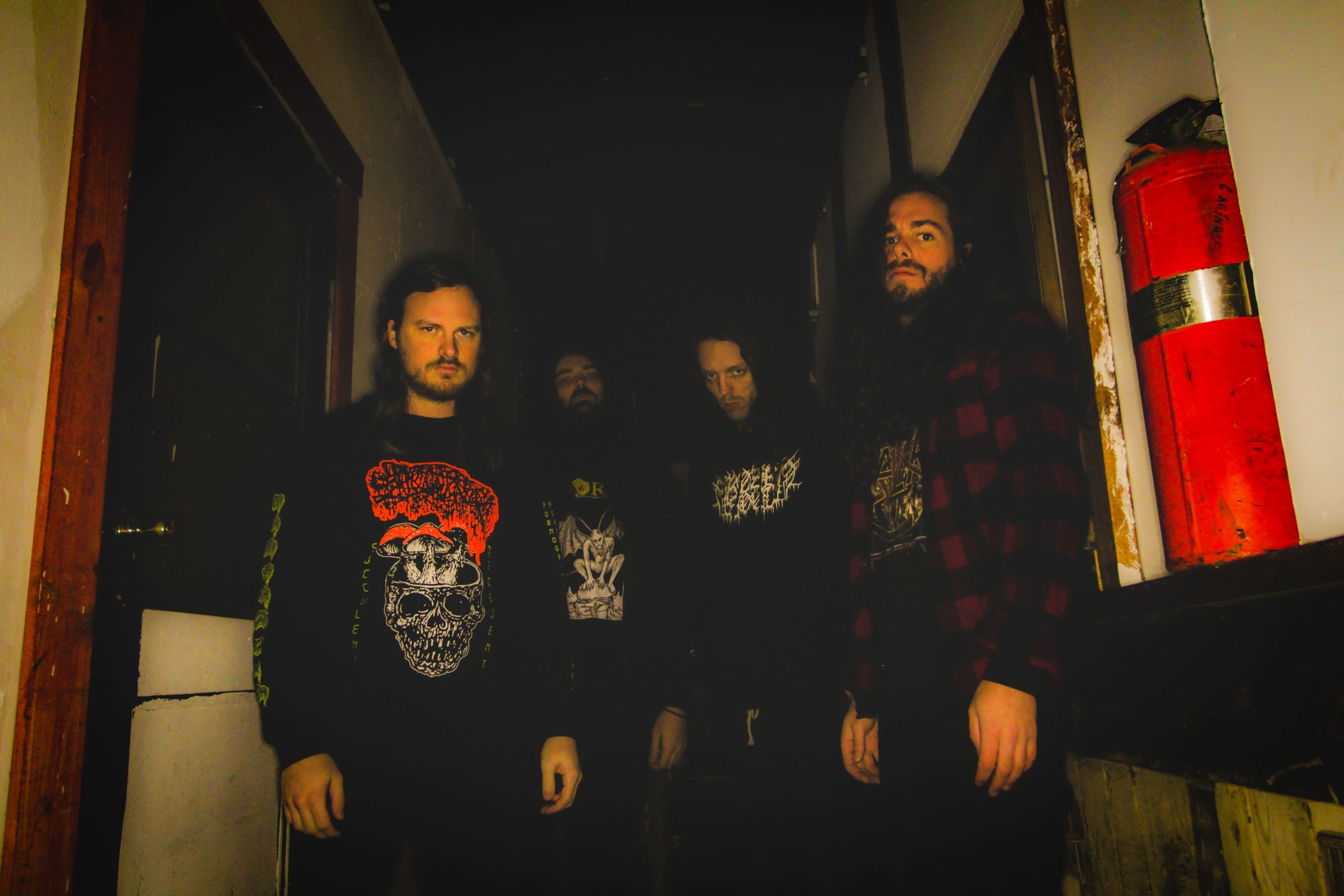 By David RodriguezSeptember 17, 2020 No Comments

Plague Years have all the trappings of a hallmark hardcore/thrash band from decades long gone, but contemporary rage and relevancy make their urgency wholly apparent.

Thrash metal gets a bad rep. I get it – some may see the more party-motivated permutations in some thrash music highly deluded fluff that skates a little too close to jock-frat sensibilities, or find the overall punk-infused instrumentation repetitive and trite. Fair enough, but before either of those things were an issue to even have a problem with, thrash was angry, righteous, and most of all, thrash was political in origin. It was a direct counter-punch to The Man™, Western Christian ideals, and growing conservatism in the 1980s and all the woes they brought on, particularly to lower-class, marginalized communities. If you know me, you know I love my music like I love my politics: antiestablishment.

There’s plenty of bands that didn’t forget those roots, and while today’s band of focus isn’t exactly Rage Against The Machine with their sociopolitical depth or analysis, they’re a callback to those times when metal concerned your WASP parents and things were more fast and furious than ten Vin Diesels. Plague Years – find me a more fitting name for 2020, I dare you – hail from Detroit, a place that has every right to be as pissed off as they want. Circle of Darkness is their first LP after releasing a couple EPs, and while I haven’t heard of them until this album, I have a feeling we’ll be hearing much more down the road.

The band dishes out Heavy with a capital H thrash metal while taking aim at some particular ideas and issues that ring just as true now as they would back in the ’80s. It’s disheartening writing a sentence like that, admitting that shit ain’t changed much in the last 40 years, but the one thing that ages well in a positive fashion is how the music sounds. Searing solos that may as well put fire trails on the fretboards like they were just driven on by a time-traveling DeLorean, the slamming punk drum rhythms that snap more necks than slipknots, and vocals that would send lesser uvulas flying from out of throats. It’s music that allows you to go full Ape Mode™, but with a greater purpose.

The tone is set quick and fast with “Play The Victim”, a fed-up flogging of the religion-based persecution complex and hypocrisy. All the hallmarks of a catchy, yet explosive thrash anthem are accounted for while the lyrics go in for several kills:

‘In your mind, you’re holy
But deceit only spews from your mouth
Just enough to lure them in
But far enough not to figure it out
Creating a false image
Where you’re the one who suffers
While inflicting pain
Onto the lives of others‘

The chorus that follows has the highest tempo of nearly the whole album, a punishing speed that’s equally high-octane and dangerous if you’re looking to follow along in any way. I imagine moshing to this song is like starting a very localized civil war with anyone (un)lucky enough to be in the pit with you.

This is what I like about thrash metal as someone that also mostly lacks subtlety. This music just doesn’t fuck around – it’s direct, in-your-face, and brutal, but that’s not all it offers. Plague Years, not content with conquering the shit out of only one genre, also dabble in death metal and hardcore crossover. There’s more weighty segments like the intro to “World In Blood” that finds a home in hardcore, but I think Tim Englehardt’s vocals are the most telling element of the latter. His voice is more guttural and deep than your typical thrash vocalist’s, really bellowing out murderous lyrics (evidence of the former) in songs like “Witness Hell” or “Eternal Fire”. I appreciate a good slaying or demon horde every now and then, but hoped and wished they inserted some more overt commentary in their songs.

I guess that’s why I cherish songs like “NRFTL” more than others. The title stands for ‘No Respect For The Law’, a sentiment that’s becoming increasingly easier and easier to get behind the more police violence is wrought on the Black community among others. Far and away the most political of all the tracks, it furiously abhors the justice system and its proclivities to jail anyone they can with the help of three-strike laws and the war on drugs to keep modern (legal) slavery going nice and strong. In the words of Killer Mike, ‘if you think I am bullshitting, then read the 13th Amendment.’ In the words of Plague Years:

‘Too many innocent chained by a plea
Stripped of everything, never really free
Lock ‘em up for their own
Pockets to stay full
Profits for humans kept in stone
No respect for the law!‘

While you may not hear these lyrics chanted at the next justice reform march, they’re perfect for incendiary thrash that punctures your speakers like a molotov cocktail fire, backed by ripping riffs and ass-beating drums that really drive the rage home. The vocal melody on the hook above is also quite lovely, approaching a singable lilt if it weren’t for all the… you know, yelling. Also, abolish prison privatization.

If this thrash revival sound rings a bell to you, it may be because of Arthur Rizk’s involvement as engineer. He’s renowned for working with groups like Tomb Mold, Candy, Pissgrave, and, of course, Power Trip. It’s easy enough to connect the dots without knowing of his involvement ahead of time, but the knowledge simply verifies why Circle of Darkness is so apt at throwing sonic haymakers at your jaw with its classical attunement. This did nothing but favors for Plague Years – the band knew what they wanted and they knew exactly how to execute it with surgical precision. I appreciate that a lot.

Is it for everyone? No, but I guess that’s kind of the point. Thrash metal, especially that of a revivalist slant, is very particular in what it wants to achieve. For as antiquated as it may come off, it speaks to our more primal instincts and higher understanding simultaneously. Thrash is, perhaps paradoxically, one of the more empathetic forms of music we have in the heavy realm. There’s a lot to be mad about in the world these days, just as there was 40 years ago, and 40 years before that. Bands like Plague Years are important in that they channel that anger in a virtuous, cathartic way for us all to heed. I don’t see many of our problems going away in the next 40 years, and it’s music like this that will get us through to the end, gnashing and stomping the whole way until we break centuries-old chains of oppression and hypocrisy, or die trying.

As a quick footnote: given Arthur Rizk’s involvement with Circle of Darkness and the old-school thrash sound it purposefully evokes, I feel it is my duty to send a quick note of love to Power Trip and their vocalist Riley Gale, who suddenly and tragically passed away last week (as of writing this). While I can’t and won’t speak for Plague Years, as a fan of thrash as a whole, his influence and drive for not only modern day metal but also equity is undeniable. He undoubtedly left a gaping hole in the metal community, but it’s been absolutely wonderful to see all the great stories of him be told by fans, peers, and unlikely friends all the same. Rest in power, Riley. We’ll do our best to keep your spirit alive.