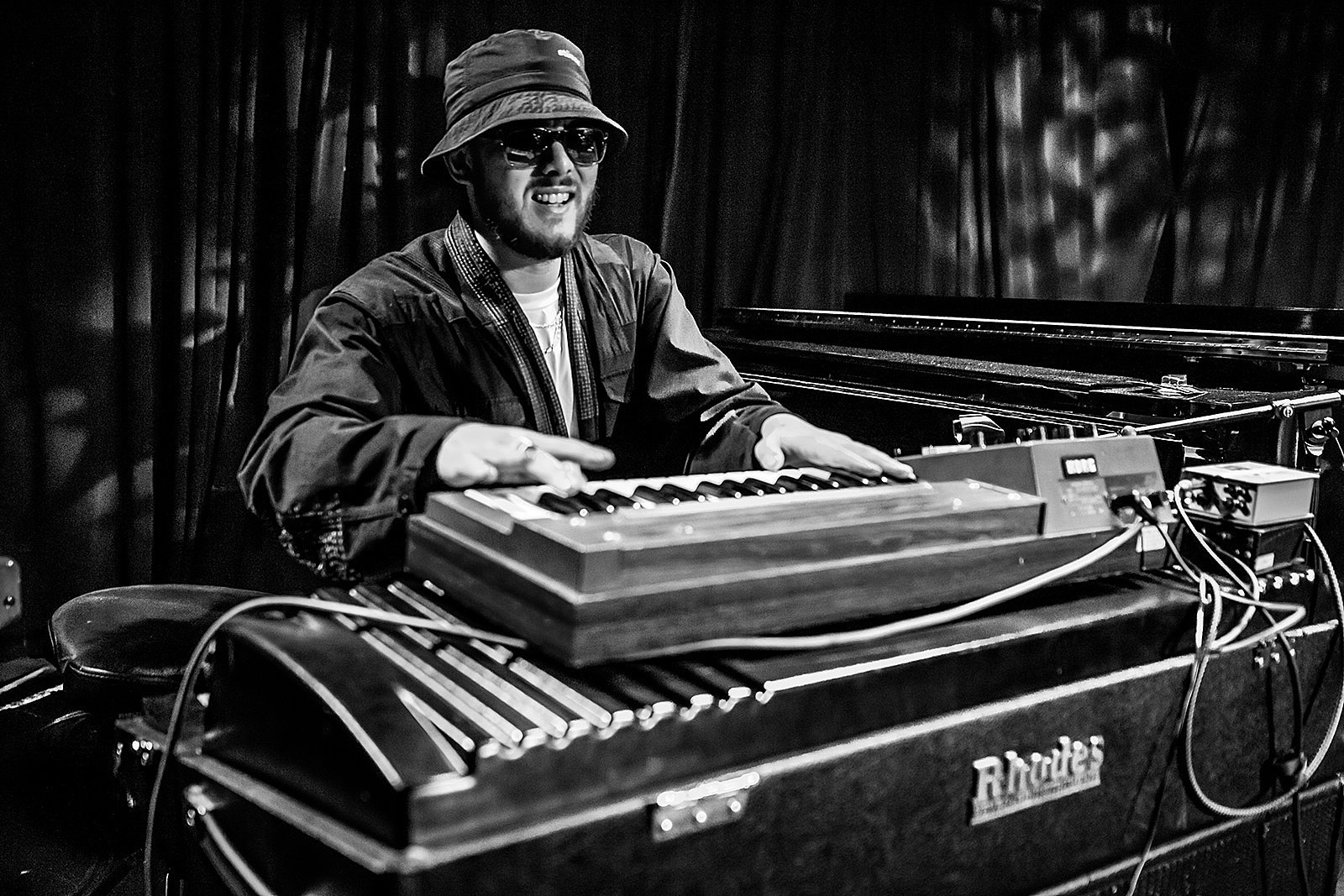 Wu Hen is an impressive jazz/funk album with hints of hip-hop created by Kamaal Williams. Each song on this sophomore album has an immense amount of personality, featuring many talented musicians throughout.

Experimental jazz and funk are challenging genres for me. Both are such complex styles, as they can be easy to get lost in with the chaos of horns and percussion. Kamaal Williams experiments in a relaxed setting for his newest album Wu Hen, focusing on the keys and saxophone. I find some of the more relaxed songs he includes in it sound like dreamscapes. Williams uses strings, composed by Miguel Atwood-Ferguson, and a harp to form this specific sound. He collaborates with many talented musicians on this album, leading to a diverse assortment of tracks.

Wu Hen is the British artist’s second solo album. Before venturing alone with his music, Williams gained attention with the other half of his former duo, Yussef Dayes. Shortly after their split in 2016, Williams started working on his debut album The Return, which was released in 2018. The album was nominated for ‘Independent Album of the Year’ at the AIM Independent Music Awards, creating lots of attention for Williams’ debut solo album, and much anticipation for his next one.

My favourite tracks are “1989” and “Pigalle”. They experiment with funk and jazz, but keep the soothing strings as an anchor. “1989” initially grabbed my attention with the relaxed disco sound, and immediately had my head bobbing. The punchy bass pops in and out around the tasteful drums, which creates a feeling of desire for the listener. “Pigalle” is the jazziest song on the album, featuring heavy saxophone and a walking bass line. Being the longest track at 6:15, there is no shortage of experimental jazz. Around the 2:40 mark, someone shouts ‘Yeah!‘, suggesting that this track is recorded live, letting the musicians play off of each other.

The song “Hold On” features the soft voice of Lauren Faith, and is accompanied by a music video. The track has Williams playing keys while Faith lets her voice float overtop. It includes a beautiful harp solo that fits in seamlessly with the ambiance of the song. The harp is the highlight of the song, gracefully adding some texture to the soft chords throughout. Although Faith’s voice sounds effortless in this style, I find it difficult to understand what she is singing at times. After listening to it a second and third time, the somewhat laid-back singing style grew on me, with the help of the elegant music video. The song is a beautiful addition to the album, and the simplicity of the black and white video lets the soul in the song stand out.

Throughout the album, Williams includes snippets of voices talking, both studio chatter and samples. Some artists include too much studio chatter, which can take away from the music, but Williams includes it quite sparingly, not letting it distract. He includes reactions the musicians are having to what they are playing, which is a really nice touch. In songs such as “One More Time” and “Early Prayer”, Williams uses samples of someone talking, giving them a hip-hop feel. These are both excellent songs as a result of the added samples. I enjoy when artists add studio chatter and samples as a way to create a more intimate listen for everyone. Inviting the listener into the studio with them, or sharing words that have influenced the music they wrote, takes the album a step further. Williams does an excellent job of dispersing these snippets throughout Wu Hen, making it that much more interesting.

This is definitely one of my favourite jazz/funk albums released this year. It is experimental, relaxed, fun, and dreamlike. The evident funk influence makes it incredibly groovy, but does not take away from the soothing jazz sound. I absolutely love how the strings and the harp add depth to the music, which let the bass and percussion relax. Kamaal Williams has created an album to remember with Wu Hen, an impressive accomplishment for his sophomore release.