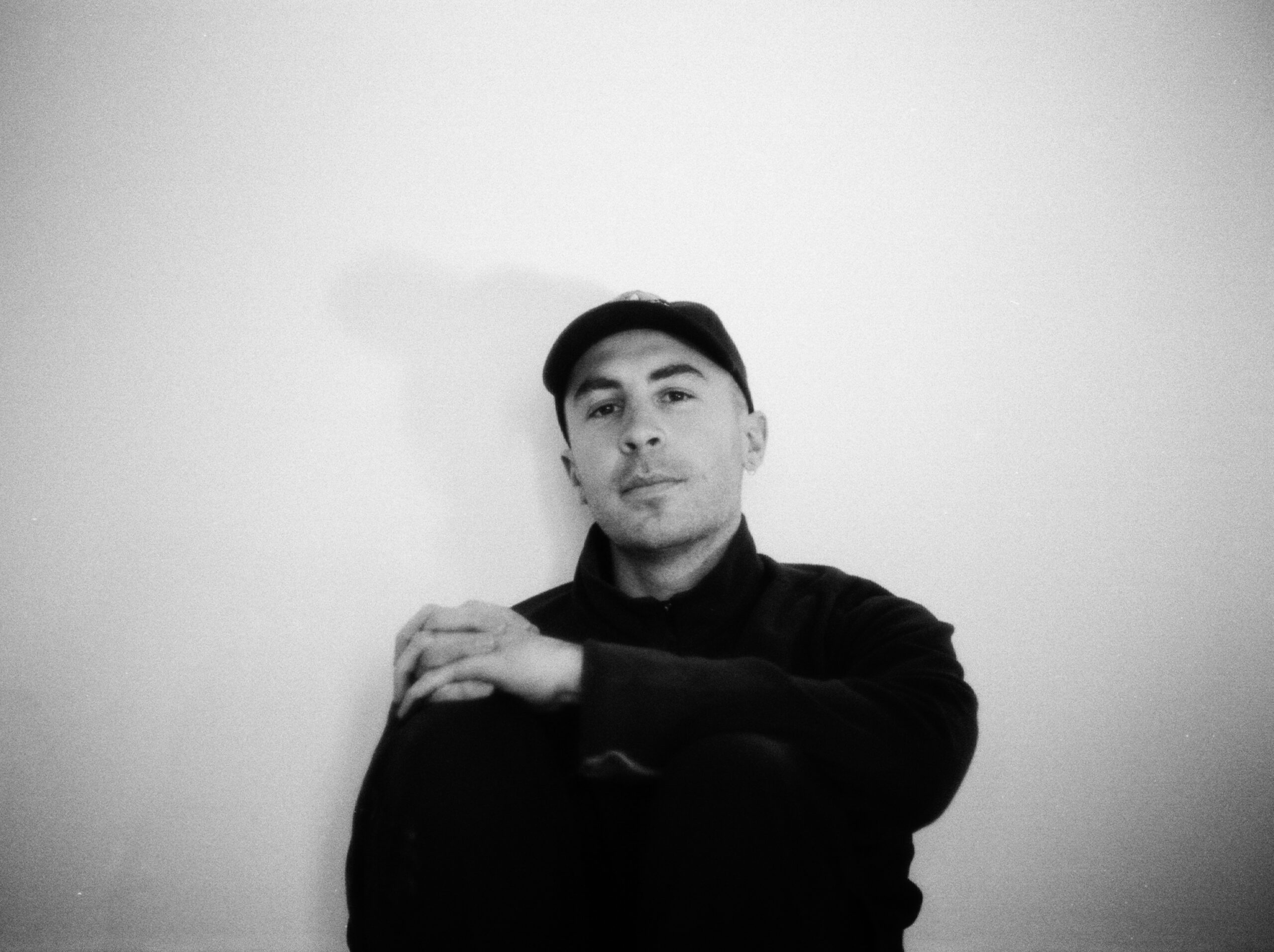 A Place To Begin from Brooklyn’s Peter Coccoma is a wonderfully crafted, minimalist offering – with an intriguing back story.

Ambient music is, to put it really simply, just wonderful. For the listener, you can lose yourself in the sounds put together by the artist and create your own image of what the artist intended. Put five people in a room and play them your favourite ambient album without context and you can be almost guaranteed that they will all have a different take on it. Because of this, I don’t really like to read too much into some of my favourite albums, incase the true intended meaning behind the music conflicts greatly with what I have taken from it.

However, I am happy to make an exception for Peter Coccoma‘s excellent A Place To Begin. Not just did I read the inspiration behind the album in the press release, but I felt compelled to share this with you:

‘After the near death of a loved one, I came to a frozen island in the far north on Lake Superior at the end of winter. I had been feeling stuck, but this encounter with death opened up a deep awareness of the present moment in me. I worked in the morning each day when the light was best in my studio, recording daily musical sketches. In the afternoons, I walked the frozen landscape of the island, listening to the sparse sounds of late winter. I watched as the frozen lake began to thaw – slowly at first, then all at once. A mass of water full of motion emerged and stretched out to meet the sky. As things melted, small pieces of color and sound filled the emptiness. Time deepened, and I settled into a place of lightness.‘

A Place To Begin immediately screamed out for me to listen, and it didn’t disappoint. With “opening”, Peter Coccoma gives us an immediate feel for how the album is going to proceed. There is an eeriness here, at times the siren-like sounds interrupting the peaceful soundscapes and leaving the listener feeling unsettled. All this does, however, is accentuate the beauty of the strings when they take the melody. From the outset, A Place To Begin takes its subject matter and uses it inspire such contrasts. As Coccoma goes on to explain in the press release:

‘Inviting an awareness of death into my daily life was not all darkness, as I expected, but rather filled with dualities: light and dark, peace and chaos, presence and distance. And in periods of clarity, I could see that life is beginning in every moment.‘

These contrasting sounds continue through “an invitation”, a gentle pulsing synth subtly interlaced with dancing melodies fills the first half of the track. It is the very presence and distance alluded to in the press release that you hear here, with conflicting emotions inspired by the sounds on offer. There is a slight change of feel for the second part of “an invitation”, with ominous sounding swells interrupting the quiet. “clouds of being” follows and is possibly my stand out piece from A Place To Begin. Again there is a disparity here with the range of emotions the artist appears to attempting to pull from the listener, creating a safe space initially before careful placing of industrial-like clangs create a sense of unease. The strings from “opening” re-appear towards the latter stages, still retaining their melodious nature but sounding a little darker than before.

“a connection to all things” marks a transition in the album, with the darker passages becoming less frequent from here on in. It is from this piece that I find myself less on edge and more able to melt into the textures so expertly created. The strings take on a different life here, creating ambience as opposed to melody, helping to take the artist (and listener) towards the intended light that the album represents. Which of course, is exactly where follow-on track “towards light” is taking us. Whilst present throughout the album, this is where I most felt the connection to water. “towards light” inspired in me images of walking alongside a frozen lake, with the gentle and repeated dripping of water accompanying me on my journey.

We see another minor transition and change of feel in the closing tracks of A Place To Begin, moving from soundscapes to pieces with a bit more obvious instrumentation. Whilst I mentioned “clouds of being” as my personal stand-out, “clouds of understanding” runs it close. It’s pretty plain to see from this review, but I just love the strings on this album and the penultimate track lets them shine through, working in unison to create a sense of hope and comfort. “begin” finalises proceedings where Peter Coccoma opened the album, by creating a sense of peace and quiet in the sounds that have been so carefully woven together. I have never been anywhere near Madeline, the inspiration behind these pieces of music, but when I close my eyes and listen to “begin” I feel I am right there.

A Place To Begin is one of those great albums that catches you off guard. For me, it came from an artist relatively unknown to me and as such I didn’t know what to expect. However, what I got was a truly engaging album that pulled me back for repeated listens, with its contrasting sounds that perfectly complement the journey it takes you on. When listening to ambient works, I tend to look for something that allows me to find some sanctuary and transport me to a place of peace and calm for the time spent listening, but the moments of darkness and unease and tension created in A Place To Begin keep the album exciting and make the moments of calm all the better for it. Peter Coccoma has quite clearly invested a lot of time (and a lot of himself) in A Place To Begin, make sure to give it the time and space it deserves to fully appreciate it.