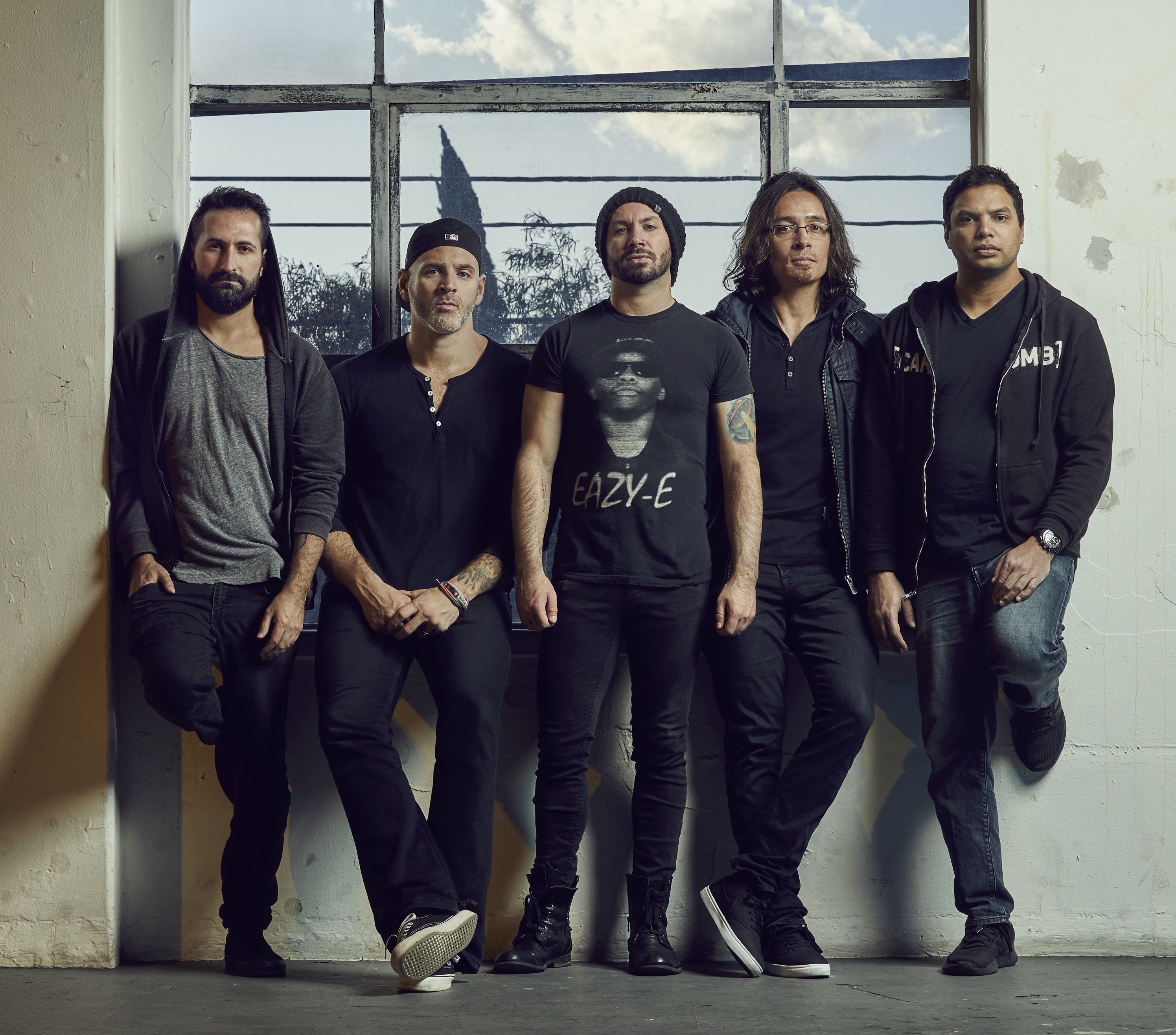 By Tyler CaldasApril 1, 2019 No Comments

Hail Stan is another amiable, if not somewhat unremarkable, effort that will likely please most fans of the band’s previous works.

A question that has always lingered on my mind as I have often revisited Periphery’s catalogue of prog-infused djent, is: What exactly is it about this music keeps bringing me back? If you’re reading this, you’re likely already well aware of how divisive this band is – be it for the vocal performance, genre trappings, or the like – yet defenders of the music are so staunch that it insights curiosity. Full of tropes and with middling song writing, the music almost begs to fall by the wayside. In spite of this, I, and many others like me, still return time and again to the harsh grooves and harsher riffs.

In this regard, the Washington based group’s newest effort is much the same, reflecting the band’s history in a microcosm. Hail Stan encompasses many of the experiments and approaches touched on in previous outings, making it a strong case study for what makes Periphery such a pervasive topic. And it all begins with the lead single, “Blood Eagle”.

There is little doubt that this was the right choice to introduce the album to fans. An aggressive, dissonant riff gallops across the length of the song, with only a short reprieve toward the middle to break up the equally abrasive vocals. Following it up with “Garden in the Bones” was another stroke of good foresight, playing to the more melodic side of the band and easily being the ‘safest’ track on the record. It played to fans on both sides of the Sotelo argument, and left little in the way of wanting from the looming shadow of the upcoming release.

The song also effectively shows the balance that the group often strives for. A sea of abrasive dissonance with small islets of melody; segmented inventiveness awash the shores of simpler structures. It’s honestly not always as engaging as that would make it seem. Even from as early as the Bulb demos and their initial debut, it was clear that Misha’s writing focused on ‘cool’ moments over the larger arcs that other veins of prog lean on – losing the forest to the trees, as it were. This is great for when you want to quickly show something interesting to a friend, but it also puts the onus on the listener to create a through line to the music that might not always be clearly defined. This is likely why cursory listens are not representative of the whole and often feel unremarkable.

You can see that the band is trying to eschew this with a larger focus on the whole in more recent releases. The Juggernaut duology was a mixed start, PIII had an near-commercial tinge to some songs, and I assume the first song on their newest album, “Reptile”, was meant to really stretch their writing chops in the same regard. At sixteen minutes, it’s much more than you might be used to from the group, but fear not; at no point does this really feel much different than their other music. This is both an achievement and to its own detriment. There is little in the way of relevant motifs – a simple recurring melody and a reference to “Garden in the Bones” being the ones of note – and while housing many of the record’s stronger moments, it doesn’t feel like the length was truly warranted.

It’s surprisingly in the vocal oriented songs that the band finds success in crafting longer, more thoughtful arrangements. It might not be what some fans want, but tracks like “Lune” and “Marigold” show a maturity lacking in a lot of the band’s other music. “Satellites” fills this role on PIV, having some of the best vocal moments. This track also highlights one of the group’s greatest strengths: Spencer’s vocal fry. While his cleans are the topic of many fans’ ire, and the gutturals are generally of middling quality, it’s the sweet spot between them that are the undeniable highlights. Akin to the late Chester Bennington’s throaty, not-quite scream, the emotive yelling of Periphery’s vocalist are some of the most memorable and well performed in the genre.

Another element the group handles well are the short, ambient interludes that are strewn throughout their music. We get flashes of such mid-“Crush”, in the lengthy “Reptile”, and at the end of  “Sentient Glow”, among a few others. It comes off as somewhat of a false depth though; these often appreciative displays of restraint and self-reflection share the same aforementioned issue of being interesting asides, rather than thoughtfully integrated. That doesn’t change the fact that they are enjoyable and largely memorable, so the efficacy of their placement is up for debate.

Hail Stan does a good job of acting as a summation of the group’s work up until now, if not exactly their strongest material to date. You get the strings from “Marigold” in “Reptile”, the occasional electronic transitions from This Time It’s Personal, the unexpected outro a la in “MK Ultra” in “Crush”, and so on. Additionally, certain songs would fit snugly in their earlier works, such as “Satellites” with their previous release, and “Sentient Glow” sounding like a demo from the PII days. It does manage to do its own thing at times, even if it doesn’t quite do enough to be remarkable.

Some of the other tracks, like “Follow Your Ghost” and “CHVRCH BVRNER”, are not exactly terrible, just immemorable. The latter brings up one element that some fans seem to like, but I can’t help but feel desperately contrasts with their music and detracts from the experience: the humor. I understand that the group has always had this slant, but the music they seem to be aiming for most of the time gives the impression of being sincere, and much of that is undermined by things like the ‘suck my balls’ that abruptly closes the record. They simply don’t quite have the finesse of Devin Townsend in this respect.

If I’m coming off overwhelmingly negative at times, it’s due to the frustration this dichotomy of quality and what seem like glaring missteps brings. It also reinforces my earlier question of ‘Why?’, when there is exist music out there that does a better job at most of the things that Periphery attempt. The only answer that makes sense of this, unfortunately, is also one that comes off as unsatisfying.

Even if the songs are not entirely well constructed and the disjointed pieces a proverbial mixed bag, the fact remains that the moments that do shine are ones that are easy to latch on to. In the same way that the pop-laden vocals can offer a candle in the dark to some of the harsher moments, these shining examples act as beacons, elevating the music in some respects.

Finally, the reason these moments work as well as they do is almost wholly accredited to the talent of the individual musicians. Matt’s energetic performance on the drums, even during the less aggressive instrumentation (see this play through of “Lune”), Mark’s short but well-crafted guitar solos, and even Spencer’s melismatic meanderings during the cleaner moments all share an unapologetic zeal for the music they are making. Often when groups settle into a style, the life tends to bleed out of the craft. It seems that there is still some life left in these veins, and this enthusiasm makes the finer moments feel powerful.

At the end of the day though, the ‘why’ is not terribly important. You likely know by now if you enjoy Periphery’s music or not, and it’s doubtful this release will sway anyone toeing the line somewhere. There is sparse new here among the retreading of elements, containing all the highlights and blemishes you’ve come to expect over the years. A few of these tracks might worm their way into your playlist even if this doesn’t reign in a new era for the band, and that alone might just be enough.