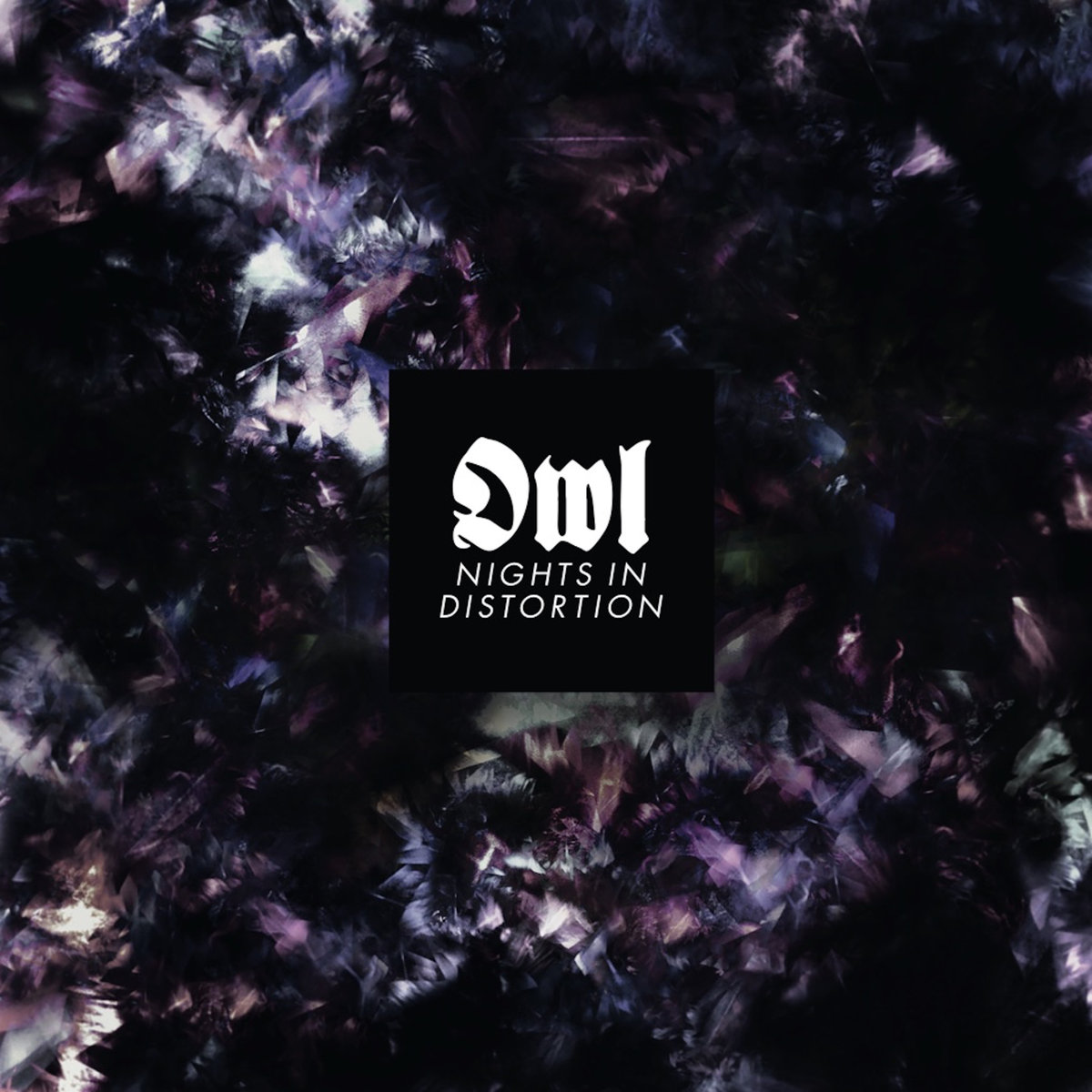 By Jake WaltersSeptember 5, 2018 No Comments

Nights In Distortion is a doom record that simultaneously gleans from the past while moving the gothic doom genre forward. While not each idea plays out perfectly, the result is worth your time and attention.

Owl hearken from Germany, and while the band began as a death metal project, the doom prevailed. Their latest record is the subject of this review, in which staff writer Jake and editor Dominik share their thoughts and impressions of this juggernaut.

As an enthusiast of doom metal, there are plenty of flavors to choose from. More often than not, those flavors are stoner, funeral, sludge, or a tasty swirling of the three. While these trends are fine in their own right, I have been looking for more diversity in the doom aesthetic for a while. Well, I believe we have a flavorful outlier on our hands with Owl’s new record, Nights In Distortion. These six tracks are melancholic, gothic (notice the ‘ic’) metal and set themselves apart in many ways, flowing through introspection and anger and everything in between.

Let’s go ahead and get this out of the way: Owl owes a lot to Type O Negative. Simply put, there is no denying that in many ways, Owl have picked up this banner and carried it forward using the same tonality and atmosphere in their own ways. The opener “We Are Made For Twilight” is a fantastic example of how much density they love to pack into their songs. With an ever-present droning in the background, guitars awash in reverb and delay, the underpinnings of the song are delightful. Add to this Christian Kolf’s deep lead vocals and bellowing growls, and the sense of suffering increases tenfold.

The construction of the first track is an archetype of what follows, with a few variations on the recipe. “Transparent Monument” begins with more harshness, but along with it comes more melody. “Abortion of Empathy” ramps up the dissonance, picks up the pace and features some of the heaviest riffs on the record. Overall, the tone is quite consistent throughout the album, which makes for a genuinely cohesive experience throughout its surprisingly manageable runtime. Nights In Distortion is genuinely crushing emotional experience, but also finds a way to be an easy listen from front to back.

While Owl may not be a household name in the doom scene at large, here’s to hoping that Nights In Distortion will help catapult them into the spotlight. Their take on the genre, solid songwriting, and emotional prowess all work together in differentiating them from the pack. If you’re looking for something fresh but oddly familiar then give this album a spin. While it’s not the most dynamic listen of the year, it occupies a space that few records do these days, and that’s worth celebrating.

Northrhine-Westphalia represent! This has to be the first time I get to review a record by a band from my home state, so I thought I might as well make it count. Owl is a gothic/doom/death metal band from Bonn, formed in 2010 by Valborg vocalist/guitarist Christian Kolf and Klabautamann’s current live drummer Patrick Schroeder. Their new album, Nights In Distortion, is the first full-length record they recorded since 2015’s Aeon; the death of bassist Réne Marquis previously delayed its genesis.

Influenced by bands like Jesu, Type O Negative, Anathema, and Meshuggah (one of these things is not like the others), Owl inhabit a sparsely populated niche within the realms of metal music that’s made of emotionally draining atmospheres and pulverizing heaviness in equal part. Monstrous, towering riffs meet deep, sonorous clean vocals and ungodly bellows from the depths of despair. This is the aesthetic Owl have chosen to run with, and they faithfully stick to it throughout the whole of Nights In Distortion. The resulting cohesion carries the band through their dense, most times quite lengthy compositions, of which there are six on the album.

Setting the stage just right is key to achieving an atmospherically and stylistically consistent record, so it should surprise nobody that two of the strongest tracks are placed right at the beginning of Nights In Distortion. “We Are Made For Twilight” opens with a reverb-tinged build-up; Kolf’s vocals surge against the bitter cold of the guitars like waves against a forlorn iceberg. The female vocals that are introduced later on work perfectly in the context of the meaty riffs and dreary lead guitars. Sparse drums provide rhythmic accompaniment without shifting the focus from the main attractions. Here, the doom prevails – the following “Transparent Monument” shifts thing more into gothic territory. Lamenting vocals are set against rippling guitars, evoking an aura of drab elegance.

The following four tracks are mostly able to hold the high standard of quality set by these two. And yet, there is one major complaint I have to make. Whenever the duo gives their Meshuggah influences free reign, things tend to turn for the worse. They simply do not work as the main supporting pillar of Owl’s sound. Take “Inanna In Isolation” for example: the overly processed, ‘djenty’ main riff throws off the otherwise potent composition enough to almost derail it, and I breathed a sigh of relief when it gave way to cleaner tones towards the end.

Without giving up their own spark of originality, Owl manage to emulate the strengths of their musical forebears and expand upon their respective legacies by combining some of their trademark elements into a solid, if at times discrepant whole.