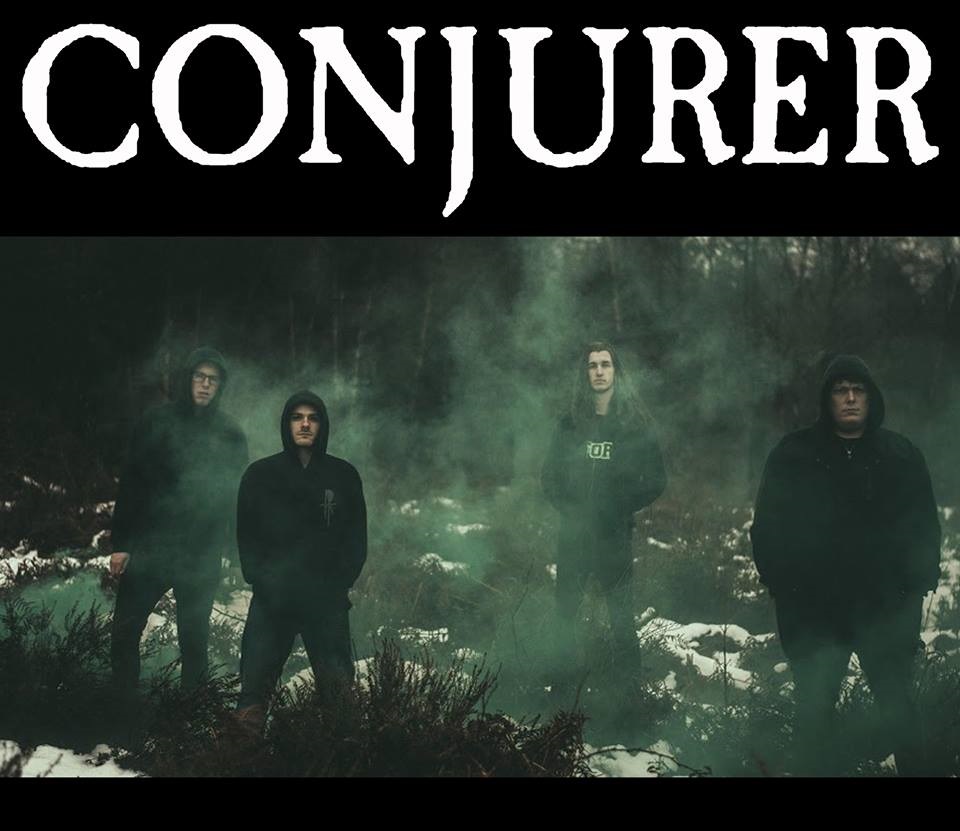 By Pete OverellSeptember 5, 2018 No Comments

Welcome to Everything Is Noise‘s second interview from ArcTanGent festival, which was held in the UK two weeks ago. We were lucky enough to catch Conjurer at the festival, one of the current darlings of the UK metal scene; their critically acclaimed debut album Mire received rave reviews from ourselves and many in the scene. The band were playing off the back of a monstrous Bloodstock Festival appearance, where their blend of doom, death metal, and tech metal chaos went down a storm.

They didn’t hold back during their sets either at the festival. Their sound was massive and they had the whole crowd banging their heads. I mention sets – the band played two at the festival, and it’s hard to pick which was better. The first, which occurred on the Thursday of the festival was a set with Pijn, entitled Conjurer & Pijn: Curse These Metal Hands, the second a set full of songs from Mire and their debut EP I. Both sets shook the tents and their inhabitants to the core, and it was amazing to see such a young band have such a commanding effect on the festival.

We asked the band about both sets during our time with them, and also went into what they are using on stage and while recording to sow destruction inside your ear cavities. A seriously nice group of guys, and one we strongly recommend to try and see. They’re always playing shows in the UK, and for those in mainland Europe, you can catch them at Euroblast Festival at the start of October. Tune into the interview below to hear more about their tours!

Take a look at Conjurer‘s Facebook and pick up Mire on Bandcamp!