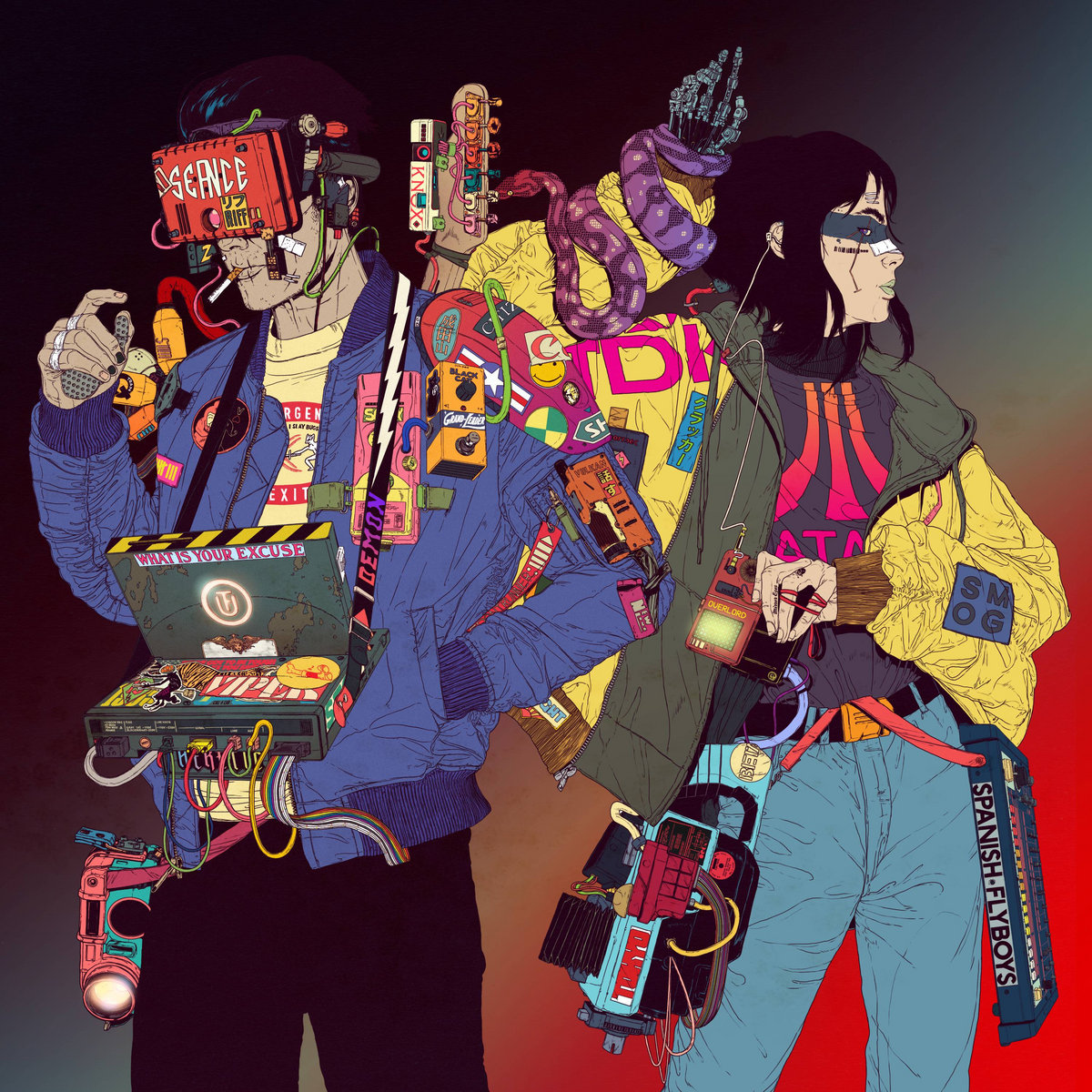 Overrider – “the city eats the stranger​/​/​the sky eats the city”

By Rodrigo Torres PinelliAugust 31, 2021 No Comments

Expect fierce creativeness in this one because it is coming hot. Recently, I heard a colleague musician and producer say, ‘In today’s world, there is no such thing as noise. Sound might be unwanted, but nothing qualifies as noise anymore, in terms of music production.’ Although this quote is heavily conflicting with Everything Is Noise as a name, the guy, and us, made a crystal clear point. It’s the two sides of a coin. Music, as seen from the creator’s side and the audience’s.

As technology evolves, genres have come through that have undoubtedly determined that musicianship is less attached to instrumental skills – at least in what we most probably comprehend an instrument to be. The rise of electronic music has shaken the establishment, and many of us are trying to find balance with the traditional paradigm of what’s music and what’s not, while many others jumped into the electronic swimming pool decades ago.

In that sense, musicianship has considered skills in looping, sound editing, and programming as variables to consider, along with other sets of processes available. That is why there’s no such thing as ‘noise’ anymore. Anything can now have a musical purpose. On the listener side, this page’s name portrays our welcoming of new stuff, new paradigms. Everything is, in fact, noise since we provide an equal appreciation for anything we might consider musical: traditional, modern, electronic, analog. Whatever there is, we devour.

Such is the case for this Manchester duo. Last year, these guys were featured twice for their previously released music. Here you can check our review for cyc/er.

As I mentioned at the start of this piece, three main characters define this record. Let’s start with grain: how come sound becomes grainy? Well, it’s related to a specific audio processing effect that yields this texture in songs like the album’s opener, “w_//br=_k=r”. Without getting too technical, think of this as a type of distortion, different from a guitar amplifier. Stylistically, grainy sounds affect the overall sonic imprint. It pushes music away from a polished dancefloor scenario and sets it closer to a cyberpunk-ish dark alley.

This album finds the Overrider fellas more proficient at their production skills. I’m taking a guess that they decided to step a little further from instrumental reliability and focused better on sound design. “syst=m cr_sh” is a perfect example to portray these textures too. Koan Sound are kings of grain, if you’d like another reference.

Moving on to another G-dimension, there’s glitchiness. This one reinforces the point I made earlier, by further determining the band’s style. Through the sense of randomness and erraticness, glitchy textures are nothing but manipulating noise to your favor. If you’re already into this kind of music, which I would naively describe as ambient electronica, you’d know that manipulating audio samples to create this effect is nothing but usual.

Yet, Aphex Twin, Boards of Canada, and others have endowed their craft with this art of creating new sounds from other sources. The effect upon listening is that of disruption. However, as it becomes familiar, it enhances the immersion of the musical proposition. “s_j_mm=r”‘s ending has got a lot of this for you to digest. A few weeks ago, I reviewed voljum‘s debut album where you can listen to a lot of this too.

Best for last – the groove. Electronic producers sometimes face the challenge of sweetening their songs with an aspect inherently human: that is, the way we irregularly and uniquely interpret the passage and space of time – the groove. I say sometimes because there is a myriad of genres that just require things to stand still and be perfectly perfect. Nonetheless, producers might spend a tremendous amount of effort trying to capture that same vibe. The first two songs of this album carry spectacular drum beats that present the quality I’m referring to. God damn, those snares kick ass. Technology has allowed for guys like Overrider to provide these dynamics themselves instead of having to spend money on hiring renowned drummers. J Dilla was one of the first to lay serious groove on his drum beats, and it quickly spread everywhere outside the hip-hop world. Seriously, the drum beats on this record rip.

Now, we’ve gone over some rather academic stuff. Something is missing: is this album worth it? Well, yes. Absolutely. On every level. Tracks like “:nt_ th= b/_ck” not only capture all the concepts we developed above but also carry a bit of progressive rock within. At times, textures remind me of Porcupine Tree‘s Fear of a Blank Planet, and I’m sure they might ring a bell to you as well. It’s all about atmosphere and scenery.

With the city eats the stranger//the sky eats the city, Overrider develop 30 minutes of daydream soundtrack. The way your mind drifts off and where you picture yourself is conditioned to how your mind actually reacts to the compositions. To me, it’s like a late-night walk across the main street of a heavily dense financial district while the rain’s pouring down. There’s definitely an urban vibe: neon lights, alleys, bus brakes, trash bins. That’s where my mind transports. Where does yours go to?

Oh, a little endnote to this review: this album is available as a free download on Overrider‘s Bandcamp page. There’s also a comic illustration to complement the music, which is very enlightening. I just took a glimpse before submitting this piece, and I found some of the images to be related to what we discussed. Be nice guys and check it out, it’s free!