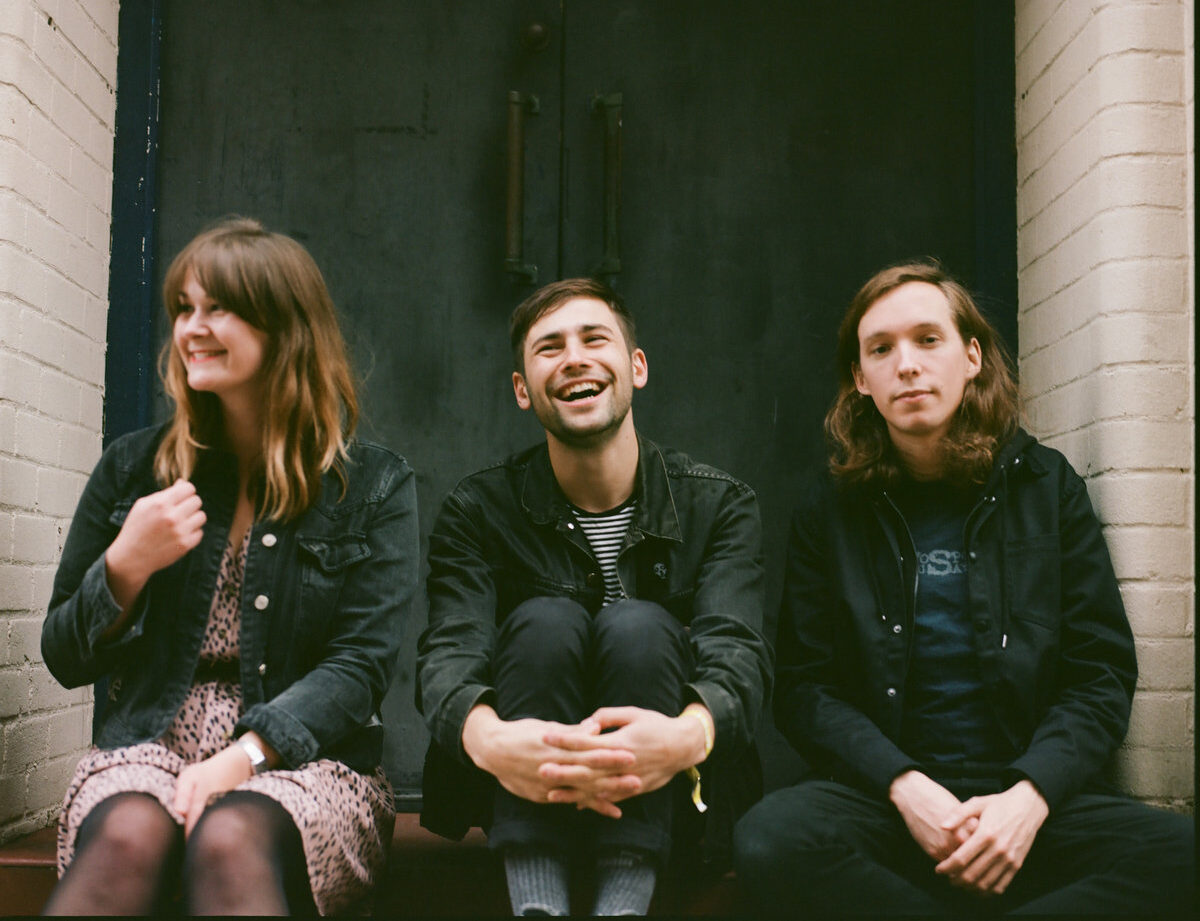 Other Half – “Soft Action”

Norwich noise-makers Other Half avoid the ‘sophomore slump’ by dragging their post-hardcore jams intentionally through the muck. Soft Action has a sticky touch.

The commendable qualities of ‘man’s best friend’ are often an afterthought when one’s likened to a ‘dog’. This is probably even more the case when it’s ‘Like a dog hit by a car‘. Not a great simile to find oneself chained to, that. Other Half jumpstart Soft Action with this 40-second slice of mean spirited post-punk.

The listener is ushered in the proverbial door before they even realize that Steph will be a reoccurring character on the album. There’re actually several: Steph, David, Big, and Ali seem to be the most important. The narrative aspect doesn’t really take the front seat on the album, but instead works to bring a sense of cohesion amidst the track list.

“In My Wires”, track four, does a great job at finding a middle ground for the vibe and sounds that come before it. The guitars are spicy, and the rhythm section makes the ebb and flow between bitter verses and sweet(er) choruses go down smooth. Birds In Row and Greys fans ought to feel right at home.

This album has a fairly heavy streak in the center, though. “Just A Holiday” ups the ante with the harsh vocals, and “Losing The Whip” actually resembles some of the earlier work of Every Time I Die. Then the heat gets turned up even further on “All Bets Are Off”, which sports a half-time breakdown drum beat and some sick dissonant guitar squealing. Think Code Orange meets Drive Like Jehu.

“Doom Logo” is tension-building guitar and a vocal berating of Big by the boss of the seedy place in which he works. It’s one of the album’s more narrative-focused moments and it leads into “Who’s Got Guts?” really well. ‘Don’t you have anything to say?‘, ten seconds of guitar feedback, then ‘Big says: I can see right through every patch of nice, new skin‘.

“Who’s Got Guts?” is a highlight on the album for its backbeat groove, unapologetically dissonant guitar, and cathartic choruses. The lyric that opens the chorus, ‘That lumpen fuck with the dented skull?‘, almost makes one take pity on whoever was berating Big in the previous track.

This is also probably the closest thing to a tittle track on the album. Soft Action appears as a refrain in the outro section of the song, and it’s characterized with lines like ‘The consonance is killing me/Brooding over computer screens‘. The apathy-ridden sentiment combined with the nasty harmonies echoes some of the vibes on Nothingface‘s 2003 release Skeletons.

The album saves some interesting bangers to wrap things up. “Planetary Feeling” gets into some Deftones White Pony territory. It’s got a cool ethereal opening section which prominently features that Jazzmaster guitar sound of strumming behind the bridge (most iconically implemented on Nirvana‘s “You Know You’re Right“). This is another undeniable highlight on the album.

The album closes with a bang too! They experiment with a post-rock vibe on “If You Write The Way You Talk”, and pull it off with a very satisfying crescendo just before the outro section. This track also sees the bassist, Soapy, taking on lead vocals to introduce us to Ali. Her character has got out of the grimy underworld she came up in but hasn’t forgotten it. ‘The people aren’t bad/It’s just the systems that kept them‘ closes the record with a slight glimmer of hope.

While hopeful might be a delusive way to describe Soft Action, the album itself is yet another beacon of light for the genre. It’s gritty, clever, and catchy in all the right spots. So not only does Other Half make a solid addition to the ever-expanding fringe of post-punk and math rock, their surreal narrative flare, penchant for dissonant grooves, and intermingling male/female vocals make them stand out.