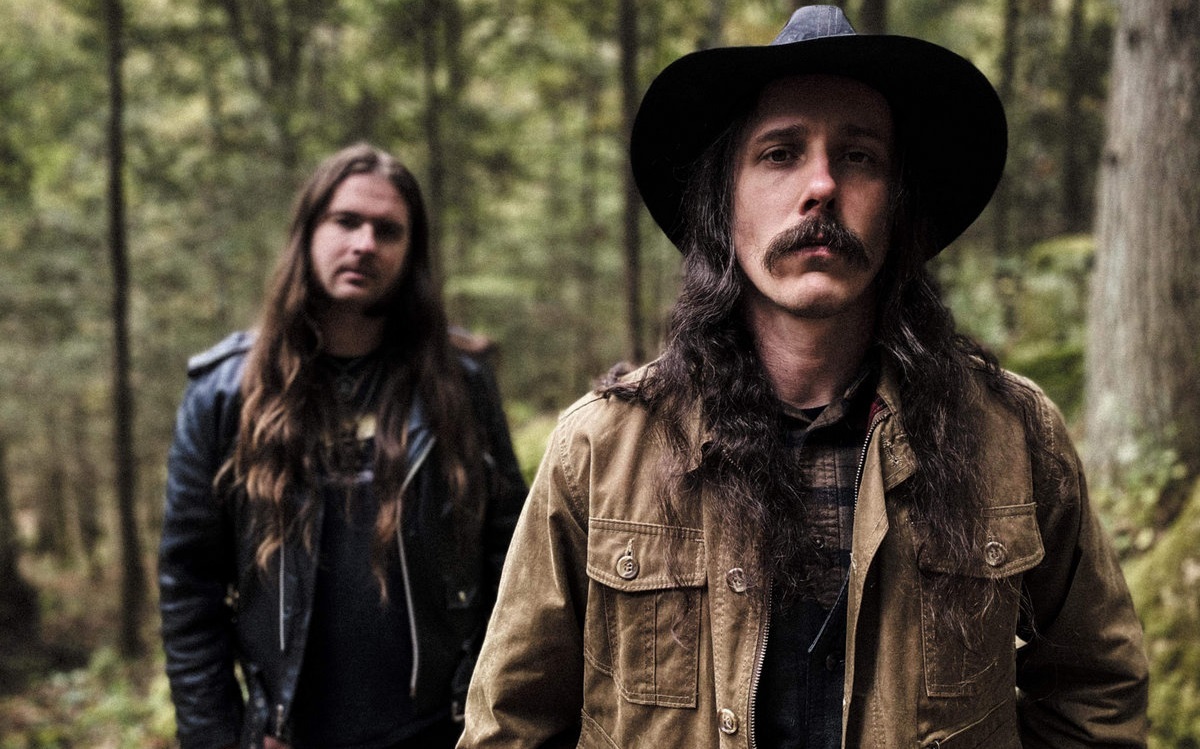 By Robert MiklosSeptember 18, 2021 No Comments

Stave is definitely an apt follow-up to Nordlige Rúnaskog, even if this may belie first impressions.

Are you ready to dive into the arcane ethos of Nordic myth? Me too. Perfect, because we’re going head-first into Osi And The Jupiter‘s latest record, Stave, as you may have guessed. We see Stave basically picking up in the footsteps of its predecessor, Nordlige Rúnaskog, which I reviewed here roughly two years ago. In between them we also had two EPs, Appalachia and Songs of Origin and Spirit, which made the wait for the new album more bearable, while also providing some form of bridge between the two.

Stave doesn’t waste any time and goes straight into the action by immediately conjuring that ancestral vibe we’ve been so well-acquainted with so far. Over the course of “To Reap What Has Sown”, “Stave”, and “Cosmic Creation Through Primordial Void”, we are fully and thoroughly drenched in the ample and apparently endless body of the atmosphere. As each moment passes, it feels like we only drift further away from the reality we know, into some nebulous and mystic dimension. By the time we reach “Cosmic Creation Through Primordial Void” and pass through its contents, we are really feeling the implications of its title in the metaphysical marrow of our bones.

The lovely and smooth ethereal atmosphere is suddenly interrupted by “Folk of the Woods”. I mean interrupted in every sense of the word though. While “Folk of the Woods” definitely adheres to the folk backbone of the record, it fully exits the previous mood and enters a highly worldly and palpable feeling, while staying in line with an almost entirely very traditional type of folk – the kind of folk I’d expect to hear around the campfire on a road trip in the wilderness. This isn’t something I am fond of in any way, not just due to the discrepancy in style, but how the transition feels rather sterile and unusually brusque.

As we enter into the embrace of “Wights”, we’re right back to where we were before the interruption. We are also accompanied by a lovely vocal delivery which is every bit as sweet as it is otherworldly. Rather unexpectedly, although not being outside the realm of possibilities, “Old Ways” breaks back to the entire setting of “Folk of the Woods”. Maybe it’s just me, but I’m really not feeling this element in the given context, although I can’t say that I have a formed palate for that kind of folk as it is. Maybe it’s a matter of perspective and I’m not seeing the angle that is being approached here.

Almost like a chorus-verse-chorus kind of trope, we see “Inner Flame” and “Mountain Shamanism” reiterating the previous progression of events. “Inner Flame” goes back into the nether realm, taking us with it, while “Mountain Shamanism” kind of jerks us back into the woods. The following, “In Death (Carry Me Home)”, sort of amalgamates the two disparate expositions and creates a unified package, which feels like it takes the better of both in a focused manner.

Up next, “Eihwaz (The Beating Heart of Yew)” simply takes us far beyond any other scenery seen before. Its lush, supple, and shimmering textures hearken of heavenly dimensions with a diaphanous poise. It’s a riveting, enthralling, and poignant display of how I honestly would’ve expected the entire record to be, given how it began. It’s easily the highlight of the album and one of Osi And The Jupiter‘s best songs, if not the best.

Stave wraps up with “Appalachia” and a cover of The Moody Blues‘s “Nights In White Satin”. It feels like a rather flimsy closing, at least for what this record should have been. I feel like, even with these songs on board, it should’ve all ended with “Eihwaz (The Beating Heart of Yew)”. Its nigh cinematic qualities, along with the aforementioned ones, would have made it the perfect candidate to conclude our musical journey. At least, that’s how it feels to me.

Don’t get me wrong, in spite of what I see as drawbacks, Stave is a solid record. There’s nothing actually wrong with it, I just feel like I’ve been a little cheated on my expectations. It’s possible that these, along with the previously set bar, have led me to see it all as I detailed it. Either way, definitely go listen to Stave once it’s out.