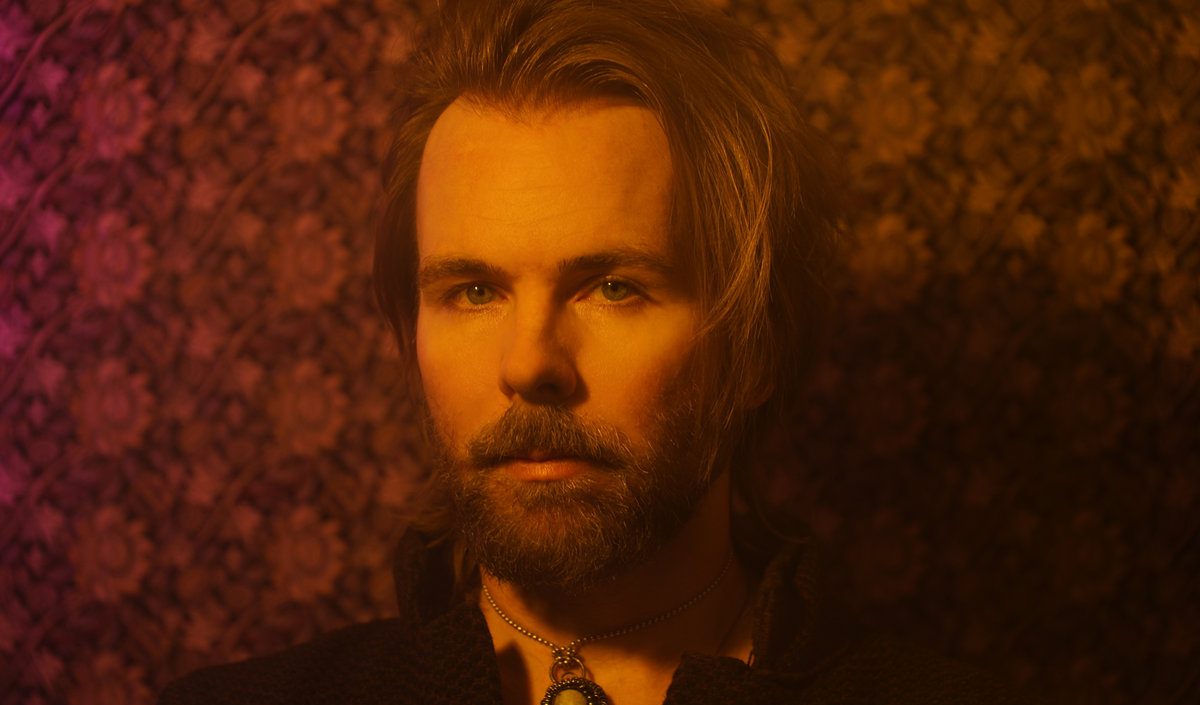 By Robert MiklosSeptember 16, 2021 No Comments

If you’re looking to leave your trivial, telluric worries behind, ascend to a higher plane of being with the help of Thymiamatascension. Alora Crucible delivers a striking experience which is as thought-provoking as it is tranquil.

I don’t know about you, but ambient music, and especially the new age segment of it, is a pretty hit-or-miss kind of deal with me. Like, I either love it or simply can’t stand it. It was a clear-cut case once I heard the first single from Thymiamatascension: I knew in a heartbeat that this was going to be a great album. Toby Driver‘s endlessly prolific and creative musical output comes this time under the guise of Alora Crucible, revealing itself in an entirely new light when held in contrast to previous works. The hallmark otherworldly vibe is as present as ever, even if carefully molded around the current musical context. The highly symbolistic presentation and finely detailed approach also don’t fail to make themselves known.

Thymiamatascension was crafted with a simple aim – to be something of beauty and of unwinding. It achieves much more than that, though. Every word present in the contents of this album sets the scene and the mood with an unnerving level of authenticity. Let’s start with the band name, Alora Crucible: Alora as a name, with roots in Greek, Latin, and Hebrew, has a multifaceted meaning. In Greek it would mean ‘shining light’, whereas in Hebrew the name is closely associated with ‘God’ and ‘light’, while also retaining the meaning of ‘counselor of divine light’. The album title is put together as something of a portmanteau between thymiamata, which is Latin for ‘incense’, and ascension, which would refer to the smoke rising and dissipating from said incense.

The song names provide such ample background that lyrics would have been nigh-superfluous. Although, we do see “Barriers Hymn” bringing to the table a very intimate and sweet vocal performance, which is all the more complemented by the surreal, pensive, and almost forlorn demeanor of the lyrics that are being voiced. “Livanomancy in Jasper”, our opener and longest of the songs, earns its length by employing slowly evolving textures and an ample atmosphere, which tie seamlessly with the implied meaning of the title. Livanomancy is the art and practice of divination by interpreting the patterns of smoke formed by burning frankincense. Meanwhile, jasper is considered the ‘supreme nurturer’: a stone believed to sustain and support through times of stress, bringing wholeness and peace, providing protection and absorbing negative energies, thus balancing the being.

As “Livanomancy in Jasper” has us wading into these airy and ethereal waters, the feeling of relaxation that emanates from therein isn’t of the superficial and benign type. It’s something inextricable, inexorable, and ineffable. Similarly, the rest of the record maintains this quality, floating on guitar, violin, and synth waves that drive the listener forward through an undiscernible mist of harmony. The shifts in pace and delivery are executed with an unparalleled elegance and finesse, leaving one to either immerse in the journey or immerse within themselves. The aforementioned intimacy and subtlety of the sole vocal delivery, which takes place on “Barriers Hymn”, bends the mood a little towards wistful. Although the deeply emotional charge of it creates something unique, it doesn’t lead us too far from its roots, even if it veers slightly and eerily into heart-wrenching territory.

Alora Crucible‘s Thymiamatascension is a riveting and poignant manifestation, which cannot be contained in mere words, nor could it be aptly or appropriately conjured in any other medium. Its essence, drawing from things not of this world, allows us to tap into so much more than usual, with little to no effort. Bridging the gap between mortal and immortal, Thymiamatascension isn’t just another album, it’s a bona fide experience, dare I even say, a transcendental one.