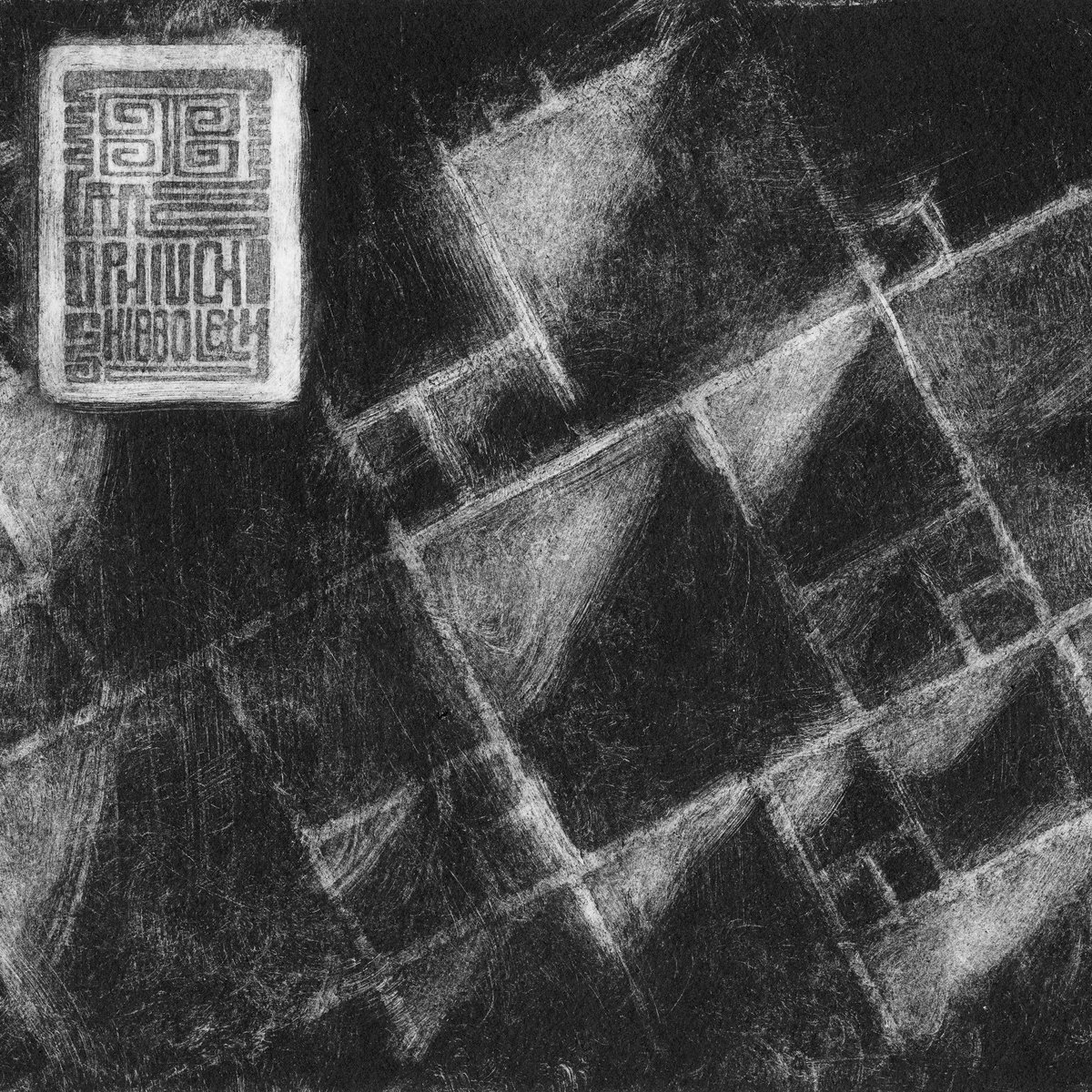 Ophiuchi‘s second album Shibboleth is a contemplative journey and all round heavy experience.

Ophiuchi’s second album Shibboleth is a solemn, textured alternate dimension – where the labyrinth on the accompanying artwork is a representation of spiritual complexity. Hailing from South Africa, based in the Netherlands now, this doom metal meets black metal meets soundtrack for existential dread producing one-man band has dished up a potent offering in Shibboleth. Four tracks in total, lasting 41 minutes – this album is deceptively lean. The conceptual depth and emotional weight contained within these four songs work out to far exceed the sum of its parts. Definitely a headphone listen, and an experience that rewards multiple repeats. I’m on my – seventh? I think this is my seventh.

Sliding in, like a dagger between sleeping ribs, comes the first track “Mercurial”, ominous soundscape one moment, grinding industrial onslaught the next. The drums here really highlight Ophiuchi’s more explicitly metal influences as do the ravaged screams that make up the core of the vocal delivery. Probably the most disciplined use of dynamics, in what is a noticeably dynamic album, are evident in “Mercurial” too where the waves of distorted guitar and thundering drums subside periodically and the light breaks through the clouds for a breath, a heartbeat. Before all the melancholic fury is unleashed again. A really good opener and tone setter for the album; if Shibboleth had a single it would probably be “Mercurial”.

Of course, the idea of having a single from an album like this is a bit ridiculous. Each track feels to me like more of an individual movement of one 41-minute song than separate entities unto themselves. It’s an immersive, congealed whole – not something you can arbitrarily cut slices off of for the hungry media wolves. The title track “Shibboleth” serves to underscore this point, starting off with low, murmured vocals fairly whispering into the sudden calm after “Mercurials”‘s storm. It’s a slow burner, “Shibboleth”, and one with more of a ‘slouching towards Bethlehem‘ vibe – than the earlier songs’ Raging against the Inevitable Death and Decay.

As the sonic and rhythmic embers catch flame in “Shibboleth” though, it is an all-consuming conflagration of contemplative ennui and primal dissatisfaction. The guitar work stands out here, careening from a sustained, reverb-drenched phrase to an atonal refrain, to a cathartic thrash frenzy. Beautifully mixed, it is worth noting here that this track, with all its impenetrable gloom and darker tones contains within it one of the catchiest, earworm-like vocal melodies I have heard in some time. I find myself humming it at odd moments to myself. Doing the dishes. Tying my shoelaces. Not on a pop album from the sixties or an RnB groove number, no, somewhere beneath and amidst all this barely contained aural savagery and heavyweight philosophy lurks this vocal melody. I won’t tell you where it is, but you’ll know it when you hear it. An unexpected gem for sure. “Shibboleth” gradually eases out of the frame, wheeled away on a gurney of distorted reverb into silence.

From out of that silence, like a leviathan from the deep, slithers “Katabasis” – a Greek word which I felt compelled to learn means ‘Descent’. The track is probably the most nakedly heavy on the album, forgoing much of the dynamic push-pull mechanism and opting instead for chugging riffs, tortured howls, and double kick ferocity. Ophicuhi’s Blut Aus Nord influence is most evident here, much of the vocals when they aren’t being screamed, they are being saturated in reverb and chanted from miles away. The listener finds themselves in a gothic cathedral being chastised for their sins. I hear faint echoes of Mastodon’s early work in some of the riffs here and the bass never sounds bigger, evoking mountains collapsing on villages – or the sky forgetting not to fall.

If I had a complaint about the album, and I genuinely don’t think I do, but if I did have one it would be that the vocal style throughout Shibboleth is too buried in the mix. I know the lyrics are top-notch, but I needed to read them to know that. Now, it’s possible I’ve been listening to too much 1960s pop or RnB – I need to own some of the responsibility I guess – but I also get a palpable sense of mystery from this album. Would that sense be compromised or diluted if I could plainly discern what Ophiuchi was saying? It’s possible. But when you have offerings like “Katabasis”, ‘With pots of flesh and dreams of dreams/But the lungs with the air blew the husks to the birds’, or “Depiculum”‘s ‘Formless forms and mindless strings/Of mind before – the weight of things’, You do find yourself wishing all that poetic creativity were a little closer to the surface. But this isn’t an artist or an album that deals in the surface, it is all depth and weight and gravitas here. And why not? We live in a surface-oriented world. We could likely all use a little more depth in our diet.

“Depiculum” maintains the same sombre, introspective tone that never really lets up throughout Shibboleth, a gradually building, dissonant anthem for ennui and distortion-soaked revelations. The band cites Homer’s Odyssey as one of the songwriting influences for the album and that makes a lot of sense. It is a journey, Shibboleth, and one I thoroughly enjoyed taking. More than Ulysses enjoyed his from what I remember from my high school classics lessons. The album ends without resolving, which is perfect frankly, amid a squall of abrasive feedback and distortion – the dagger slides out, as delicately malevolent as it entered, and we exit the internal, self-explorative maze Ophiuchi invited us into 41 minutes ago.

What an album! What a vision. I’ll be looking forward to the next one.