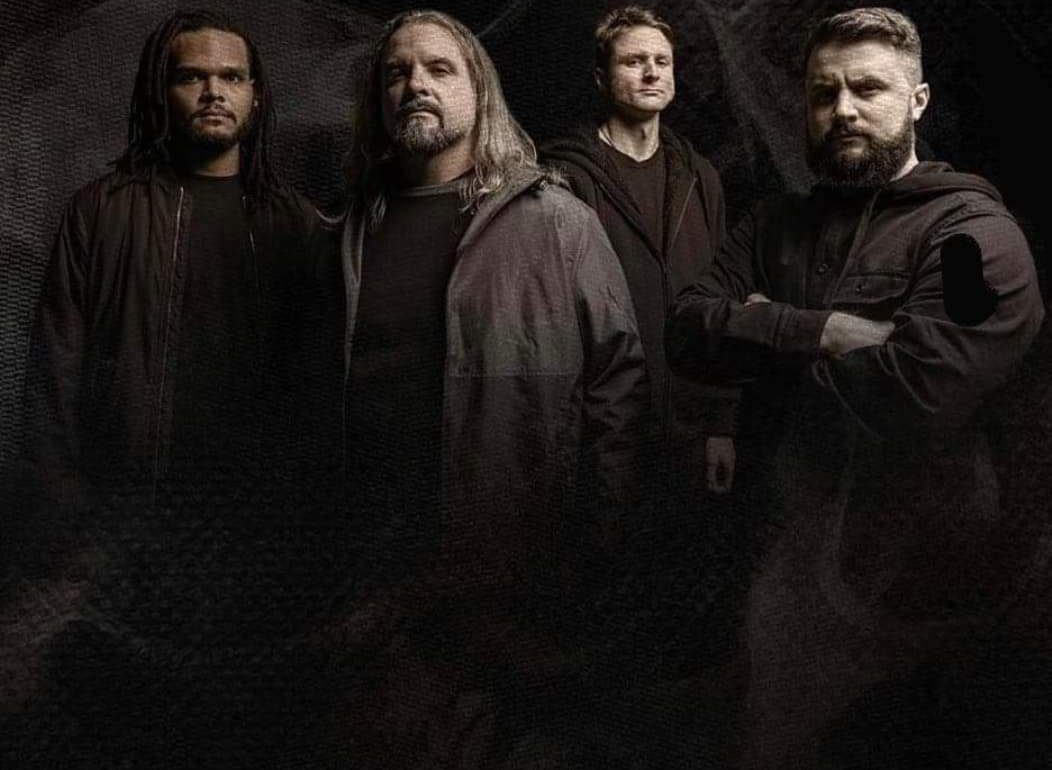 When I was in high school, I was introduced to technical death metal after hearing about Necrophagist and Dying Fetus. A love affair quickly began, and I searched for some of the most complex music I could find. At the time, I craved technicality over cohesive song structure, so I was listening to some tech-death that consisted almost entirely of blast beats and sweep-picking guitar leads. This lasted only for a short time, and soon I returned to the more melodic side of the genre, which inevitably led me to one of my favorite tech-death bands at the time: The Faceless.

After mostly falling off of the technical death metal wagon during my college years, I hadn’t really heard much from The Faceless. I certainly thought Autotheism was a solid record, but soon enough, it seemed like the band had fallen off the face of the earth (at least to me). Fortunately, incredible bands tend to be formed out of the ashes of another, which brought me to the massively talented Alluvial. The band was initially formed by Wes Hauch of The Faceless and Keith Merrow, and they began by releasing an instrumental album titled The Deep Longing for Annihilation. While the record is certainly a clinic in technical death metal performance and songwriting, it was missing the aggression and spirit delivered by so many other modern bands.

With the Merrow’s departure, the group took on a totally new direction. Hauch enlisted a full band (with vocals!) to build Alluvial into an entirely different project. Hopefully this doesn’t come as a surprise to anyone, but I think the new format works immensely well. The band’s sophomore album, Sarcoma, is tech-death at its finest, effortlessly combining ferocity with engaging melodies. Fans of The Faceless and Obscura will find plenty of exciting and welcoming moments, and I could definitely see Alluvial joining in as a legendary band in the genre after the success of their new effort.

The album starts with the enormity of “Ulysses”. While the track starts with an ethereal and distant guitar riff, it soon grows into a barrage of sound that instantly engulfs the listener. The song is a perfect example of tech-death that doesn’t rely purely on showing off technical prowess. Instead, it is a cohesive unit that actually moves forward in a productive and memorable way. “Ulysses” does a fantastic job at setting the mood for the remainder of the album, but it doesn’t rob the other tracks from having the chance to grow on their own. For example, title track “Sarcoma” stands strong as one of the finest displays of musicianship and strength. During its short three-and-a-half-minute runtime, it perfectly encapsulates the common disposition of death metal by combining the heaviest of riffing with speedy thrash breaks.

When I first listened to Sarcoma, the only single I had already heard was “Ulysses”, so I was pleasantly surprised when I made it to the most unique track on the album, “40 Stories”. While the first three songs keep a similar mood throughout, this one changes the vibe completely. Hauch delivers clean vocals on an incredibly catchy track that is far more groovy than anything I was expecting on a tech-death album. In all honesty, the quiet verses and melodic choruses remind me a lot of the experimentation commonly heard from the band Twelve Foot Ninja. “40 Stories” stands out on the album, and not just because it is an unexpected change; the song is powerful, and it shows the true versatility of Alluvial.

In the back half of the album, the songs never lose their fire or intensity. “Exponent” contains a triplet feel that lends itself to headbanging from the recurring riff, while the driving power of “Sleepers Become Giants” is an epic attack on the senses. Unlike the band’s debut effort, Sarcoma only features one instrumental track: “Sugar Paper”. The song is the most dynamic on the record, beginning with a more atmospheric sound before ventually erupting into a virtuosic display of talent that features the entire band. The album’s finale, “Anodyne”, is a nice summation of what has been heard throughout Sarcoma without it feeling like the band is rehashing something that has already been presented. Despite the sheer volume of material on the album, Alluvial succeed in never repeating themselves.

I’ve had the pleasure of writing a lot of reviews for new tech-death records recently, but I think Sarcoma might take the prize of being my favorite so far. Alluvial showcase their genuine understanding of designing music that is creative and complex, but it never reaches a point where the songs just seem technical for the sake of trying to prove something. If you consider yourself to be a fan of death metal, I think this record certainly deserves your attention. As of right now, it’s leading as my favorite extreme metal album of the year for sure.