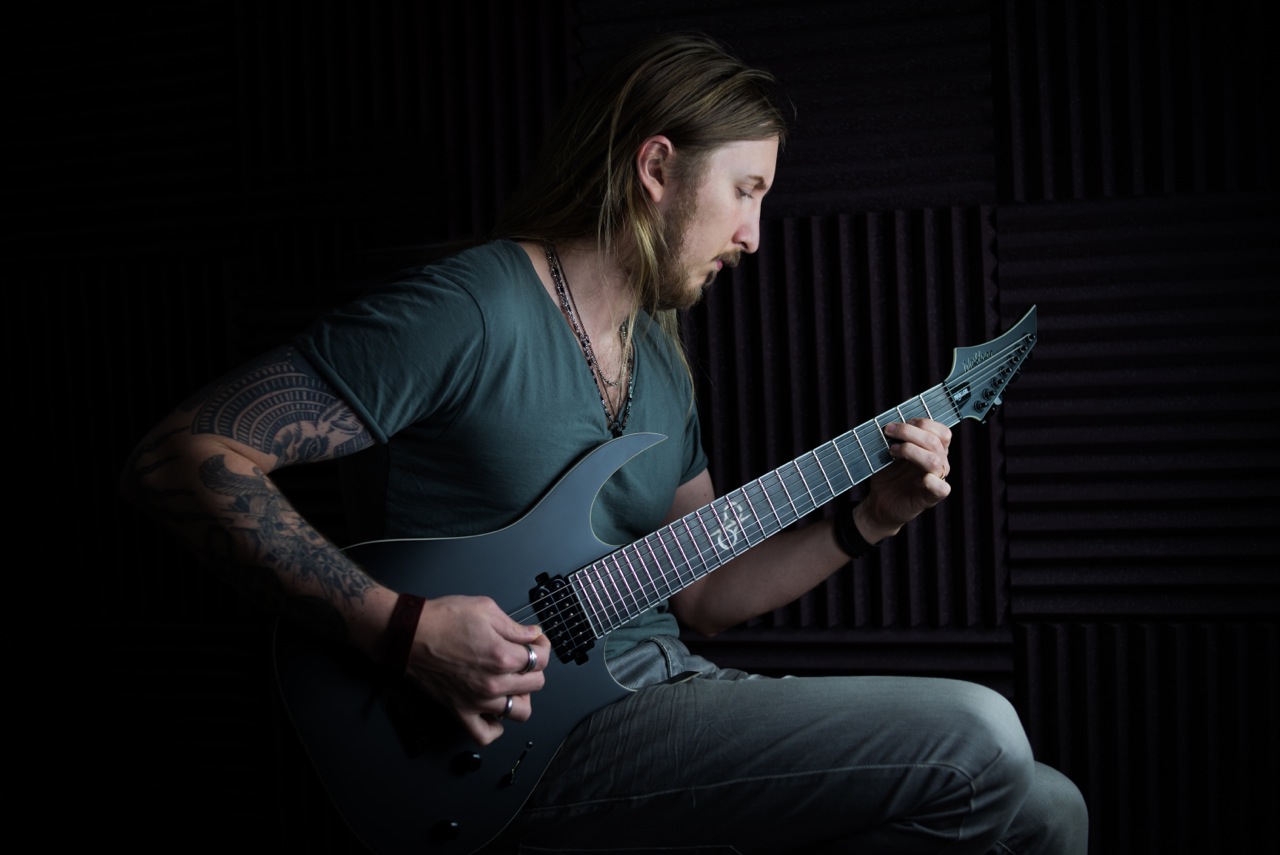 Not every record has to be an intricate work of art or a statement — even though that would be awesome. Starzinger is simply a whole bunch of straightforward fun without anything else in mind, and that’s cool.

I believe that there aren’t a lot of people frequenting the metal sphere who haven’t at least passingly or accidentally heard the name Ola Englund. Whoever hasn’t, I think that at this point he is more known as a YouTuber tackling gear and various other music related things rather than guitarist of Feared and The Haunted, and founder of Solar Guitars. Nevertheless, he is now at his second solo record, titled Starzinger.

While I feel that the verdict above encapsulates perfectly the essence of the record, I will expand on that, since this is a review after all. Almost everyone, nearly always has some kind of expectations right? Somehow most of my expectations were met as I listened to the record and that almost never happens in my experience. Even so, I can’t say I was bored or underwhelmed without a strong and true element of surprise and wonder.

Most importantly, the production is just great, everything sounds neat and it all comes together nicely, albeit there’s nothing particularly amazing about the mix and the master. The guitar tones are the biggest part of this appeal; they’re super tight, beefy and clear. The chugs get their nice share of weight due to that and everything else has a nice crisp edge. This will all make perfect sense when you listen to the record, especially to “Balegmah”, which boasts a monster breakdown and is easily one of my favorite tracks.

We also get a few interesting tidbits scattered across which give some variety to the album. One thing that I felt was particularly tasty, was the ending of “Bane of Skeletor”. I’m not going to spoil this one, but it was definitely my favorite part of the record. There’s also the electronic backdrop from “Stars & Ponies” and “Space Invaders”, the bluesy feel of “Bluesy McBluesface” — I mean you know, in case the title wasn’t a dead giveaway.

This diversity doesn’t help tie the record together though. On the contrary, It feels like the songs share little ground with each other and they don’t really flow together. It’s kind of like the record is just a collection of songs rather than an actual album. Personally I don’t mind this aspect, within the context of Ola Englund‘s work at least. Mostly because every song has some cool moments going for it. I see this as some kind of party music or stuff you listen to while playing board games.

I honestly could’ve just listed the song titles in order to make my case for all of the above, but you can probably see through that part as well as I did. I knew immediately what I was going to hear as I was reading those titles in my mind — hence the aforementioned met expectations. Although, again, that’s totally fine.

This diminished cohesion as an overall package may turn away some listeners, while the easy-going attitude of the songwriting and their delivery will welcome others. Like I said, this isn’t a statement or anything, it’s just straight up fun which doesn’t pay any kind of attention to artistic demeanor. So if you need something energetic, with varying tonalities and paces, which doesn’t take any kind of toll on your attention, you don’t need to look any further.