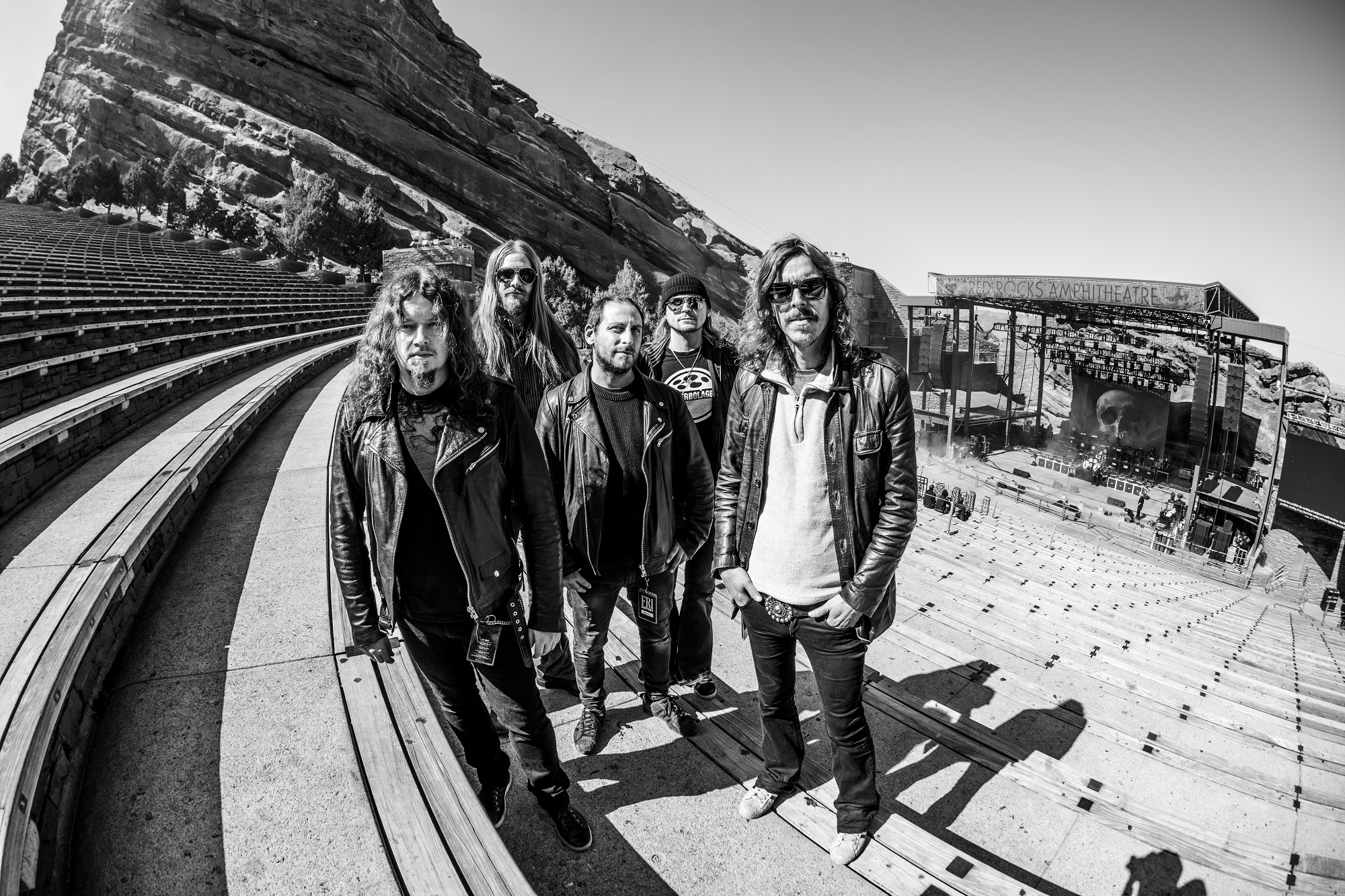 Opeth – “Garden of the Titans (Live at Red Rocks Amphitheatre)”

Opeth isn’t reinventing the wheel with Garden of the Titans, but they have always been a great live band and this album showcases that. There is something for old and new fans to enjoy.

‘We’re gonna play some old shit, some new shit, and just some shit’

Swedish progressive heavyweights Opeth have released twelve studio albums over their twenty plus year existence. During their titanic reign (see what I did there), they have also released three live albums. It has been close to a decade since the last one, In Live Concert at the Royal Albert Hall, was released, so Mikael Åkerfeldt and the gang decided it was time to provide another one to the masses. This time around, they recorded and filmed the concert at the historic Red Rocks Amphitheatre in Denver, Colorado.

Garden of the Titans was recorded last year, on May 11, 2017, and will be released with many different versions, including DVD, Blu-Ray and Vinyl. Opeth was on tour supporting their newest studio album, 2016’s Sorceress. Out of the ten songs of the concert, three are from Sorceress, which is expected. They were actually able to cover most of their studio albums. These are the albums that aren’t represented: Orchid, Morningrise, Still Life, and Blackwater Park. With that being said, I know the old school fans, or ‘OldPeth’ fans, will be a little disappointed. But fear not, there are growls!

The songs covered on their heavier albums are as follows: “Ghost of Perdition” from Ghost Reveries; “Demon of the Fall” from My Arms, Your Hearse; “Heir Apparent” from Watershed; and “Deliverance” off of Deliverance. Therefore, this album covers just about all of Opeth‘s records, so you can hear their evolution from progressive death metal to straight up seventies progressive. all on one musical collection. Though there haven’t been growls on the past three albums, Åkerfeldt always gives the fans what they want at concerts.

Another thing to look forward to when seeing Opeth live is how hilarious Åkerfeldt is in between songs. This album is no different. With gems like ‘All hiccups, since we’re filming tonight, might magically disappear’ and ‘I swear a lot when I speak English’; you get a hint of comedy to go along with the progressive power provided by Opeth.

One thing that immediately stood out to me is how well that Garden of the Titans is mixed. Everything is clear and also punchy. Martin Axenrot’s drums sound thunderous and his toms are so melodic. Personally, I wish bassist Martín Méndez bass was a little louder, he doesn’t stand out as much on this compared to their studio albums.

I’ve seen Opeth live about fifteen times since my first time in 2001, and their performance is always flawless. Garden of the Titans continues that tradition. Since the only weak part are Mikael’s growls, let’s get to the highlights real quick. In “The Wilde Flowers” off of Sorceress, keyboardist Joakim Svalberg provides some incredible backing vocal harmonies. Svalberg also shines on “In My Time of Need” off of Damnation, with a beautiful mellotron effect during the chorus. Another really cool thing that takes place on “In My Time of Need” is Åkerfeldt drops out and the crowd sings a section of the final pre-chorus. “Cusp of Eternity” from Pale Communion goes right into “Heir Apparent” off of Watershed, which is super cool and not really what Opeth does, so that caught me off guard in a great way.

Lastly, how Åkerfeldt introduces the final two songs makes this concert memorable. He calls “Era” from Sorceress his ‘first cock rock song’. Before playing the final song, “Deliverance”, he describes it as ‘if I may say so myself, a classic’. Anyone who has heard the end instrumental breakdown of “Deliverance” knows how brutal it is, and what a perfect way to end a beautiful night in Denver, Colorado!

Opeth isn’t reinventing the wheel with Garden of the Titans, but they have always been a great live band and this album showcases that. There is something for old and new fans to enjoy. It is definitely worth having in your collection, a good way to get a taste of something off just about every album. Also, if you haven’t seen Opeth live yet, this performance will make you put it on your to do list!