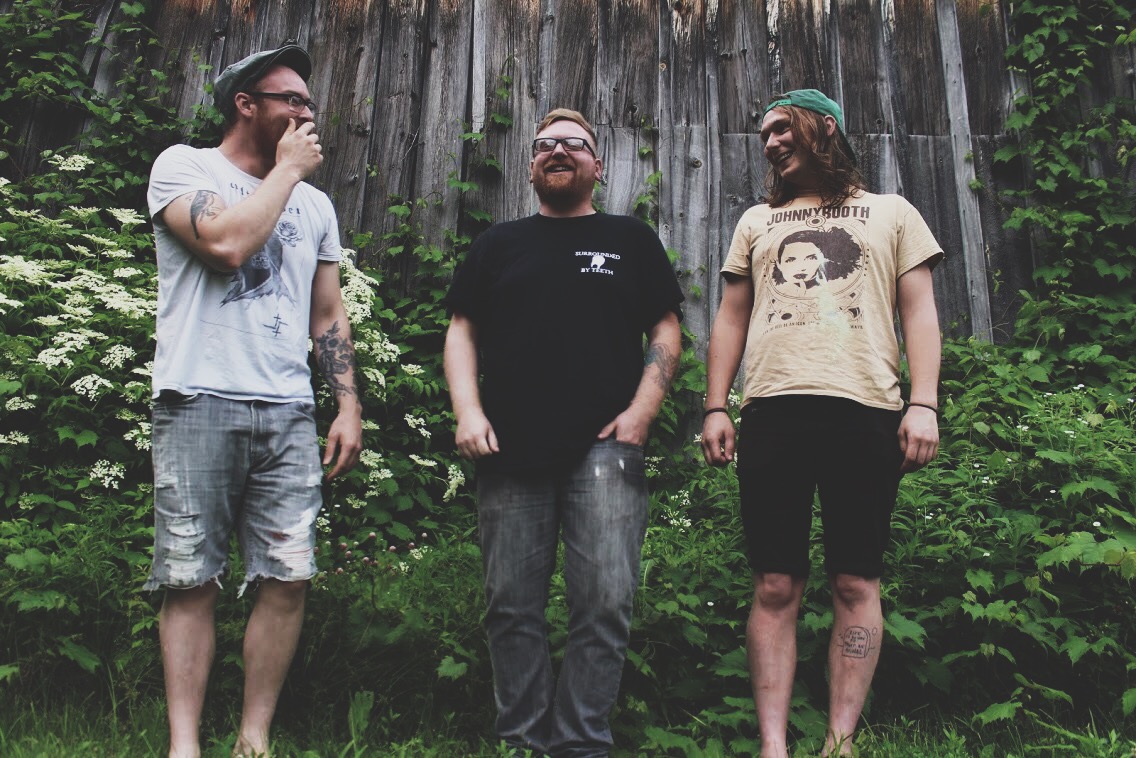 Sunflo’er seems to be exactly the kind of fresh air the mathcore community needs. With No Hell, the band presents a texture heavy blend of mathcore so experimental it will blow your socks off.

The gods have left the Olympus, so who will fill their place? This is the situation mathcore is currently in, with major bands throwing in the towel and fans asking themselves where the genre is heading now. With acts like Arms, Frontierer, or Daughters on the horizon , the scene might find their new gods soon. I’d like to present an alternative though, with Sunflo’er. What sets their newest effort, No Hell, apart from their contemporaries is a solid will to experiment and layer their sound the way it is only typically seen in post-rock.

The records opening track, “Loup Garou”, plays like a wonderful homage to groups like Botch or The Chariot, playing with noisy aesthetics and moving from punk to a full on barrage of dissonant riffs. In the first minute, the band moves through various degrees of noise as their amps feedback near endlessly, bleeding frequencies everywhere. Abruptly, the band decides it is time to start attacking the listener’s ear with dissonant chords, raw sounding drums, and half-screamed vocals.

It doesn’t take long for the band to settle into a groove that takes the form of a free jazz-esque improvised sounding composition, adding more and more modulation to their sound as they go. A short, traditional jazz lick to really ground that The Dillinger Escape Plan reference later, we are greeted to punk styled instrumentation in which fans of the not-so-dissonant would feel welcome as well. What is the absolute climax of the song, though, is yet to come. In the last minute of the track, the members gather up every element and stylistic choice they have previously settled in and throw them together in a glorious, aggressively tranquilizing effort to break out of their cocoon.

Even after only one track, it is quite clear what sets Sunflo’er apart from their contemporaries. Anyone can play some triads in a polyrhythm, and anyone can buy a gain-heavy amp to spice up their tone. But here we see a general interest in writing something that walks a fine line between abstract, schizophrenic, and utterly gorgeous. The focus on textures allows them to build a whole soundscape rather than that riff over that drum pattern.

A fantastic example of this is “Days Gone”, being more of a slow burner. Over half of the track is just atmospheric texture clad in feedback and droning bass, swelling up to a massive breakdown. The way anticipation is built here doesn’t sound like they’re patting themselves on the back for being such good songwriters, rather, they reward the listener for following them down the road. The track vanishes exactly like it came, in noise, thus concluding the cycle.

And just like “Days Gone” a lot of the record feels like this. It is just rewarding and fun to listen to no matter how you see it. There are flaws in its production and it is mixed decisively rough, yet the songwriting is so genuinely creative and effortless that you can’t help but find No Hell charming. Sadly Sunflo’er continues to be overlooked by the vast majority of the community. I hope they will see the recognition they deserve someday.