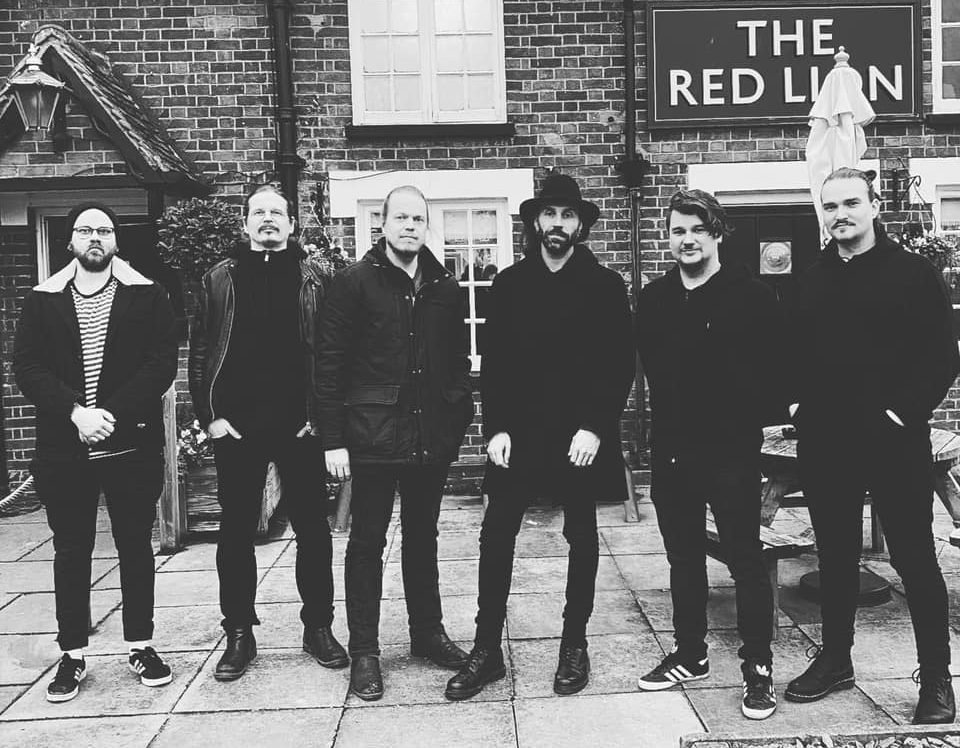 By Rodrigo Torres PinelliDecember 11, 2020 No Comments

Onségen Ensemble delivers yet another solid and rhetorical album defining even more what they’re about and why they’re great at it.

Fear consists of seven songs that make a total running time of almost 50 minutes, each of them worth listening at least once. Third in the group’s catalogue, this album brings warmer production than its predecessor, Duel, which was reviewed here at Everything Is Noise. It’s not particularly an easy listen, let me say. Onségen Ensemble builds a kaleidoscopic atmosphere with underlying elements of prog/psychedelic rock, but it’s through the mixture of choir, brass, and percussion arrangements that this album becomes intricate and one of a kind – definitely not just another one in the prog spectrum.

In truth, this was my first encounter with this band, and I couldn’t be more satisfied. See… it’s not about whether this record is good or not (It’s awesome, really), but it’s more about the first impression I got. On the one hand, it felt like another cool performing instrumental band exploring their relationship with out-of-the-ordinary influences. That’s what prog is about, right? On the other hand, there were moments where I felt my consciousness was unexpectedly elevated. As I listened, it expanded my awareness.  This is definitely one of those bands that keep mystically-oriented melomaniacs addicted to what they love: rediscovering the boundaries of human nature through sound. Let me elaborate a bit here.

All along the album, OE manages to draw your attention by displaying repetitive, though hypnotic, motifs. Usually, this is achieved by the ‘traditional part’ of the band. Then, once the mood is set, there comes the introduction of heavily melodic sections driven by brass and/or choir arrangements highlighted with percussive details. As a result of those articulations between composition and instrumentation, the atmospheres built take meaning – they’re a message and that’s why this record is so captivating to me. Personally, I pictured it as the definitive life-parting trip to the afterworld, and each song representing a chapter of that journey. At times I also considered it to be a ritual, an ode to death, just like ancient societies used to do. The first song, “Non-Returner” is the perfect example, so let’s look deeper into that one.

This song embodies what the record is about. If you engage with it, you’ll probably devour the whole record. It starts straight off with this odd-time stoner riff which denotes Onségen Ensemble comfortably drawing from prog rock to set ambience. Half-minute into the song, looping guitar licks fade into the picture further establishing the vibe. If you pay attention to the background, you’ll be able to identify tension building with uncommon woodwinds and bell percussion. Turning point arrives after delving a few variations of the main riff. Trumpet kicks in, solemn and sorrowful. It’s like a freaking funeral. But then, halfway through the song, melodies permute into this uplifting yet mourning vibe that emphazises on the sensitivity this band can achieve. Vocal performances are key to this, as well as the aforementioned brass instruments. The song dances in, out, and between these motifs that keep the flow dynamic and untouched. This contrast is transversal to the album as a whole. The degrees to which the band leans towards traditional or experimental sound change with each song but never compromising their uniqueness.

That being said, let’s mention “Stellar”, the single. Remember I said that you could portray Fear as a celebration of death? I formed that opinion before checking out the video they made for this song. Once I saw it, I confirmed my thesis… or maybe it was just a happy coincidence. Although the plot is light, this video supports the ‘celebrating death’ theory as the main character dances on a grave while treating himself to a nice drink. In conjunction with the band performing the song through heavily processed visuals, the purpose of the video is effectively displayed. Anyway, this one takes you a step deeper into the path this album is. From that point onwards, you’re onto one of the most surprising rides this year can offer… if any, really.

This record portrays a band excelling at conveying their purpose through a sonic imprint that is much their own. Be it the hypnotic grooves, the expressive vocals, the articulated melodies, this album confides Onségen Ensemble the ability of generating a unique experience. As a listener, whether you’d like to teleport and participate in this celebration to the afterlife, elevate your mind and reckon the nature of life, or just enjoy a fascinating piece of music, then Fear is what you need.