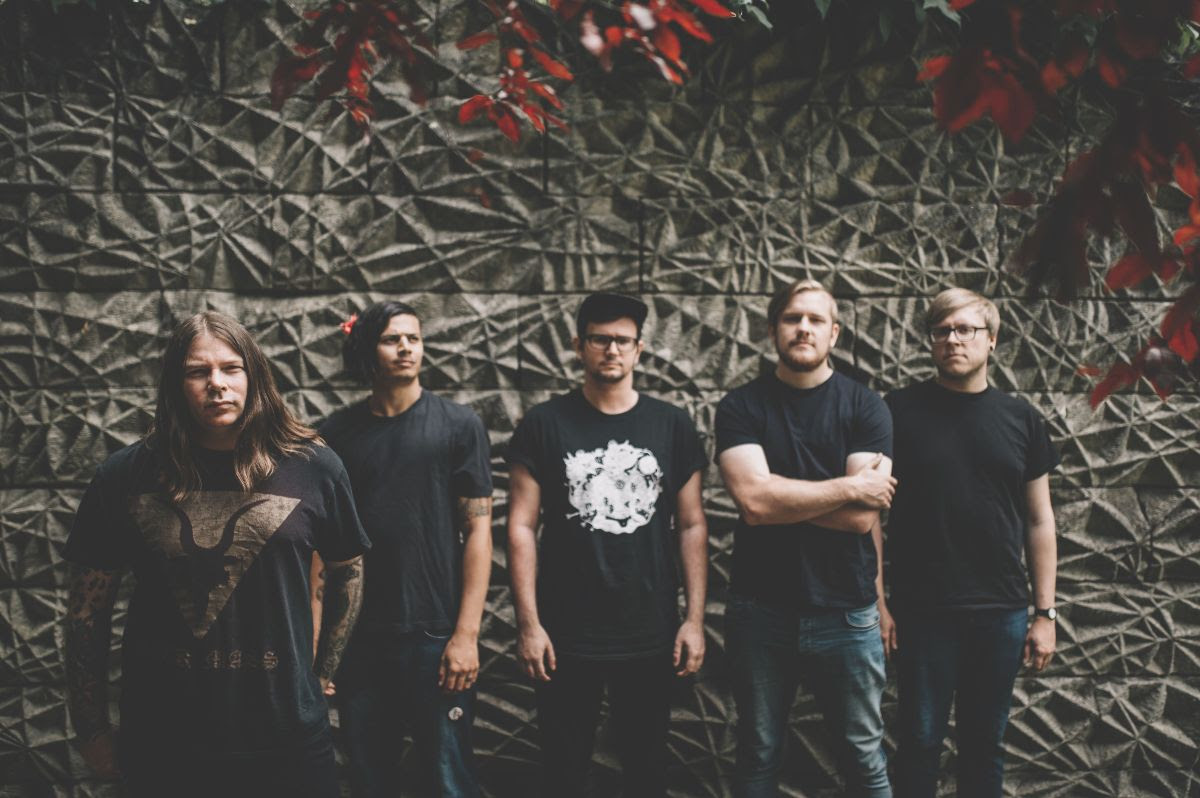 OHHMS get a little more exploratory with their sound, but still ride their wave expertly and confidently with another extraordinary release.

Holy Roar Records are truly becoming synonymous with some legendarily good music. Sure, I haven’t heard their entire catalog, or even every artist under their wing, but it doesn’t take much imagination to glean from the ones I’m familiar with that they’re incapable of missing any of their marks. Doesn’t even matter the genre, either – good music is good music, that’s what we’re about here at Everything Is Noise. Here’s the part where I gracefully pivot to talking specifically about OHHMS, Kent, England’s premier progressive post-metal band.

OHHMS, Kent, England’s premier progressive post-metal band, return with their latest full-length, Close. It’s a fitting title in many regards – it’s close to coming out, close to their previous work, and close to being at the top of my list of great 2020 albums. I really enjoyed their last album Exist, which was a very mobile record for as much as it tread liberally in the dirt of doomed-out post-metal. It was a very animal-centric album as well, lyrically focusing largely on animal rights and vegan advocacy (more specifically, just not advocating for the wanton cruelty and destruction of animals for food or any reason really), so I was especially curious how they would move forward with those tenets in mind.

It’s good then that Close really keeps the brand going by housing some driving, fierce metal that rewards multiple listens. That’s another tell-tale sign of a Holy Roar release – a tasty treat on the surface, but delving deeper almost always reveals a bounty of sonic ambrosia that you want nothing more than to share with others. OHHMS hooked me years ago by really wielding some heft with what felt like low effort. The pulverizing moments hammer into you, but don’t break any bones the way a caustic death metal record would. The dense atmosphere is colorful and ornate, without making you feel lost or overwhelmed. Really, it’s a balancing act, one that never gives way to extremes and is all the better for it.

Just listen to “Alive!”, which, while exclamatory in presentation, skates oh-so carefully along the creases of stability. The guitars are strong, flexing out powerful riffs and melodies like it’s nothing, but also rearing back to indulge in the lighter things, to allow for the intake of deep breaths. Drums will act with great force and push songs towards and through boundaries like no other instrument could, while leaving room for scaled-back and keenly percussive approaches that wouldn’t be out of place on a more disciplined jazz record. See, this is the great thing about OHHMS, Close and backward – the progressions that they play with aren’t simple ebbs and flows between agility and force, or aethereal and bulky.

Between warrior and rogue archetypes, OHHMS opt to play the mage and really work with their innate skill at crafting some lively soundscapes. I empathize with that a lot as a magic user, so it’s no wonder I find the bubbling and bass-intensive “Revenge” palpable, or the playful merit of the sludgy “Unplugged”. Close flows naturally like mana would. It just as organically bottles righteous rage and an unassailable feeling of retribution with a swiftness that pushes the wind through your hair, but never knocks you down. In this, the band chalks up a big win. I feel like they are where they belong sonically, though I’ll always look forward to what they can do in the future. Don’t rest on those laurels, OHHMS!

All of that just to say, hell yeah, Close is great, just as I had hoped! I’m very careful with where and how I place my hype for something, but well placed it was for OHHMS‘ grand effort. It’s the wonderfully potent shot of energy I needed when I was just really starting to get tired of it all. When the world eats away at your psyche, you just need something that’s going to bring you back to a good place, and I personally can’t think of anything I’d rather inject straight into me than a nice heap of heavy, progressive, fun music. Stellar album.