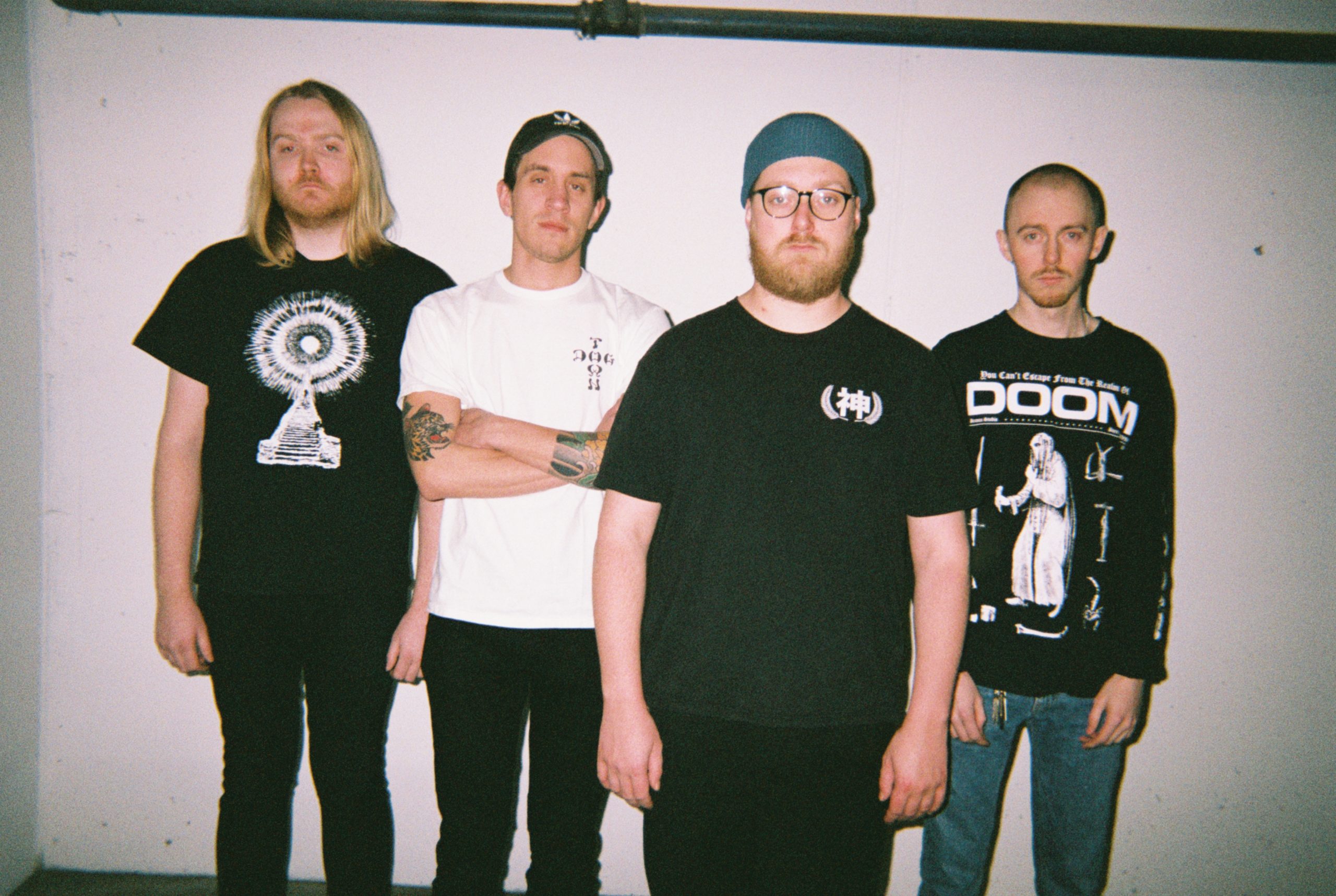 By Faisal BinzagrJanuary 14, 2020 No Comments

With Paradise, Oberst deliver a supercharged post-hardcore debut that boasts an astoundingly clear vision and a unique sound.

I decided to tackle something brand new for my first review of the year. Not only are Norwegian hardcore experimentalists Oberst new to my ears, but the subject of this review, Paradise, is their debut album! A new decade calls for fresh sounds, and I was excited to dive into what by all indications seemed to be an intriguing new presence in hardcore.

Oberst play out of Oslo, taking influence from a broad range of sounds including hardcore, post-metal, prog-metal, classic rock, jazz, and even pop. I wasn’t aware of this while listening to the record for the first time, as I deliberately kept myself in the dark about the band in an effort to establish a raw take without preconceived notions. As it turns out, doing so struck me with some fascinating insights that I’ll delve into more a bit later.

My initial impression of Paradise was one of surprise. The juxtaposition of crisp, clean guitar tones with gritty post-hardcore vocal bellowing was unusual. Here was a band whose twangy, sludgy noodling reminded me of Mastodon, while simultaneously bringing to mind Billy Talent of all bands with its bouncier bursts of alt-punk energy peppered throughout. It was a strange mix that worked, and one that was especially easy to sink into and get lost in. I especially appreciated the band’s tendency to let musical passages breathe without an overabundance of vocals slapped on top – something numerous bands refuse to allow. On tracks such as “In the Embers” – which do also feature an abundance of passionate vocal leads – ascending aspirational riffs are allowed to sparkle, free of vocal interference during the moments that count. Don’t get me wrong, Paradise is a vocal-driven record, but the average band attempting this sort of thing would have plastered even more vocals over these bits, and I commend Oberst for nailing the balance throughout the album.

I appreciated that there was a strong sense of consistency and vision to the sound – rare for a debut album – which, for the most part, worked in its favor. At times, however, this consistency (particularly in tone and tempo) made the album feel longer than it was. The penultimate song “No Home”, for instance, had me reaching for the ‘skip’ button. It’s a solid track, one I could easily see being well-liked among many listeners, but its arrival at the end of the experience, while offering nothing new in the broader context of the album, made for a somewhat trudging passage. In fact, the key bit of constructive criticism I have for this overall finely balanced album is that the potential for diversity demonstrated by songs such as “Goddess” with its emotive and epic leads, or first single “Parting” with its female vocals, left me wanting more moments that added a little extra to the mix.

I mentioned earlier that listening to the album blind resulted in some interesting revelations. Well, while listening the first time, I was struck by the urgency of “Goddess” and final track “Pillar.” In my notes, I described them as ‘apocalyptic…evoking the feeling of an incoming reckoning that must be faced sooner rather than later.‘ Once I finished my first listen and got around to reading up on the band and their take on what the album is all about, I came across this gem:

‘The concept of Paradise deals with themes of the pre-apocalyptic sort, and tells of escape from dystopia and utopia alike, friendship, hate and love. From the band members viewpoint, the record is a glance at the current state of the world and how it has been the last 5 years. The story revolves around a group of people, fleeing from their assailants. Sickened by the state of their world, they construct a vessel called the Dreambeast and attempt a journey to a new one.‘

Herein lies the album’s greatest strength: the perfect alignment of vision and execution. The feelings the album evoked during my first listen, devoid of any context, just so happened to be exactly what the band were going for. Above all else, it’s this clarity of vision that gave me the deepest appreciation for what Oberst set out to achieve on their debut album.

This isn’t a purist’s album. The music is too pretty and bouncy for underground hardcore, the vocals are too wild and gritty for hard rock, and the prevalence of chugging and wall-of-sound production is too straightforward for the tech-obsessed. While it might not be as wild and novel as their diverse influences would suggest, it’s a record with many ideas woven together with impressive clarity of intent. Seldom does a debut album come along with such self-assuredness, and whether Oberst are your cup of tea or not, Paradise is worth at least one listen just for that.