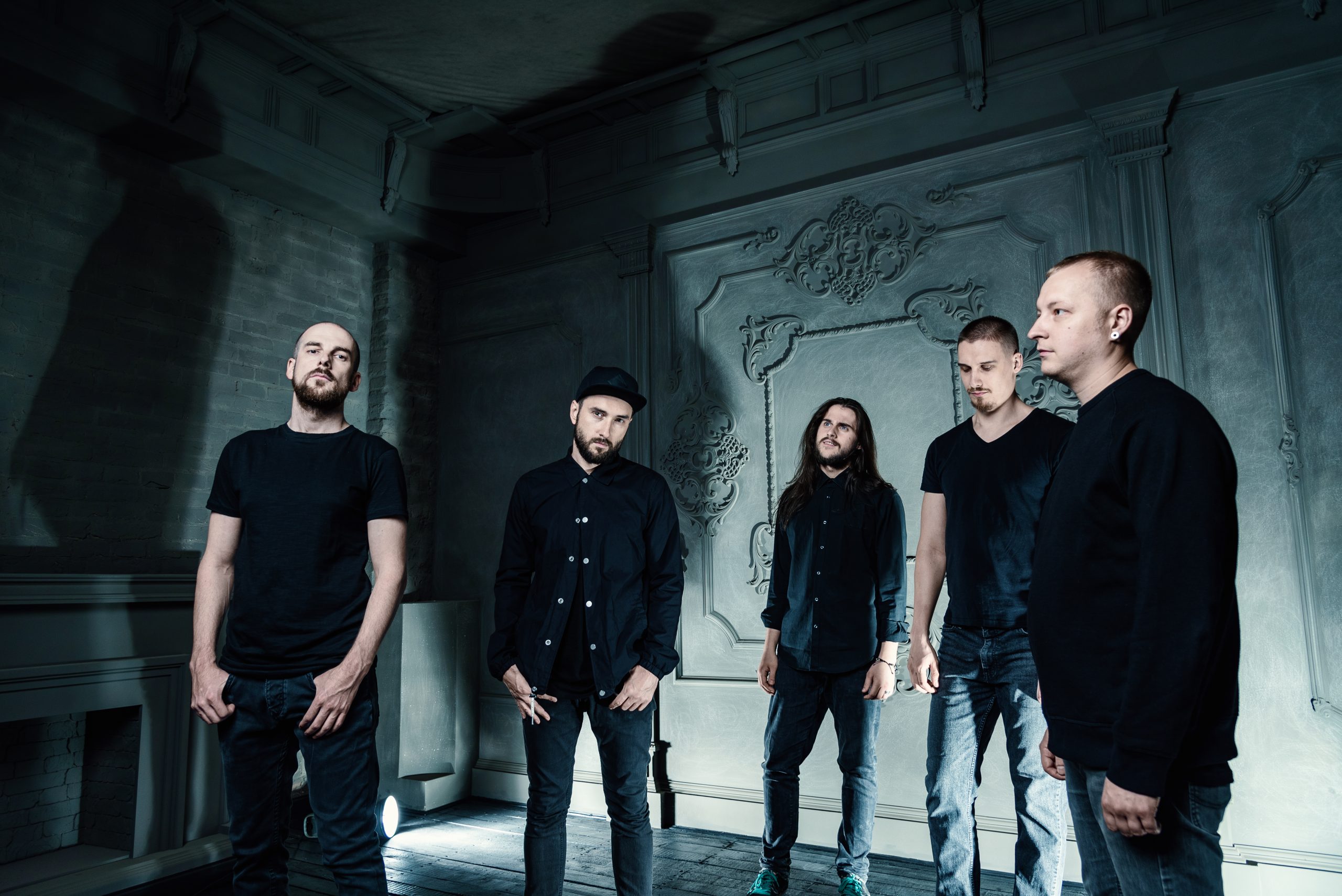 By David RodriguezAugust 11, 2020 No Comments

Whether wading in post-metal’s shallow end or venturing into the deep with bracing interpretations, Nug establish themselves as a band to watch out for.

The notion of an alter ego really changes depending on who you ask, and it’s generally influenced by a person’s culture, religion, or other steadfast beliefs you can subscribe to throughout your life. Does an alter ego mean a separate, close friend of yours? Is it another facet of your own self? Is it the alternate dimension manifestation of your opposing mind? A good place to ponder much of this is with a post-metal album, right? It’s a genre that’s heavy – both sonically and thematically – provocative, atmospheric, and often morose. Perfect for philosophical and existential discussion.

We’re lucky then that we have bands to help us ponder such musings and soundtrack our own potential internal struggles. Today anyway, that band is Nug, a promising quintet from Ukraine that’s just as concerned with building a mood as they are with rib-sticking riffs and tantalizing song structures. Alter Ego, the band’s debut album, is a testament to post-metal’s ruinous vibrancy and versatility, even as it plays with familiar themes and tropes.

Knowing a theme or concept of music may perk your ear to certain musical embellishments or elements that relate to those themes or concepts; even if you’re overthinking it, it’s fun to find those little easter eggs, obvious or subtle. Alter Ego elicited the same scavenger hunt in my head as I powered through the album’s bulky, but not bloated 49-minute runtime. Nug aren’t too heavy-handed with this, but there are moments like the clean/harsh dual vocals in “Beast / Звір”, which are perhaps the most obvious as they can represent a duality within.

More subtly, there’s quite enjoyable plays with tone and pace that make little winks and nudges at me. “Shores / Береги” brings to mind Hypno5e in how they command atmosphere, falling back on lilting and delay-heavy guitars during slow moments before puncturing the smoky air with torrenting fists of metal malaise. The riffing in the middle of “Eleven / Одинадцять” establishes a tight, unruffled groove – in fact, throughout much of Alter Ego, you get the sense that Nug don’t like to rush things. They take their time building these mammoth tracks that have at least a few sections each, polymorphing from one distinct measure to another with progressive ease. It’s with moments like these that the band play with shifting viewpoints, almost as if leaving the mind of someone and entering another.

“Radiance / Сяйво” showcases a bit of a musical sidetrack I found myself noticing through some very specific parts of Alter Ego. The building blocks are familiar to the rest of the album, but the construction reminds me of some late ’90s metal, almost like Tool, but… better, less pretentious (sorry Tool fans). There’s good bass lines throughout the whole track, a driving guitar riff around halfway, and a general give-and-take structure built on a foundation of being catchy and, dare I say, fun. When Nug get a chance to play a live show sometime this decade, surely this song will be what sticks with people the most due to its energy and sonic charisma, made all the more punching by formidable drumming that splashes onto the ears like a thousand warm raindrops.

Eight tracks deep, and this album reveals itself to be a bit of an enigma. A genre fan like me – one that tends to gorge on diverse and huge post-metal monoliths whenever given the chance – can still interpret Alter Ego as distinct, but also intimately known. It’s warm and as inviting as possible, but also properly sheathed so it doesn’t show everything it offers at once. I don’t mean to imply that Nug withheld anything with their music, but maybe that they have yet to reach their potential.

This is good, because as cool as it could be to nail everything and come into your own out of the gate, you also need to leave something to the imagination. You need to come back with more to impress and make the most of the attention you garnered from that strong first showing. It’s with that that I can then say Nug are great, proven worthy of that attention in an increasingly crowded pool of would-be watershed builders and landmark layers, but something tells me they’re far from their apex. If they can dig deeper and eschew or at least alter the tenets they find comfort in, we’ll see something truly magnificent.

Whether you’re battling your own Tyler Durden or hooded Kermit, it stands to reason that Nug offer a harrowing, yet approachable sonic representation of what an alter ego can mean. Themes aside, it’s just solid – in terms of density and quality – heavy music that signals to me another band in the field to watch grow into something spectacular. That they’re from Ukraine is even more endearing, helping the Eastern European region grow ever stronger and more unique as a proprietor of some of the most interesting music in recent times. Keep your eyes on Nug, maybe coax your own alter ego to follow suit – they could use some good music.