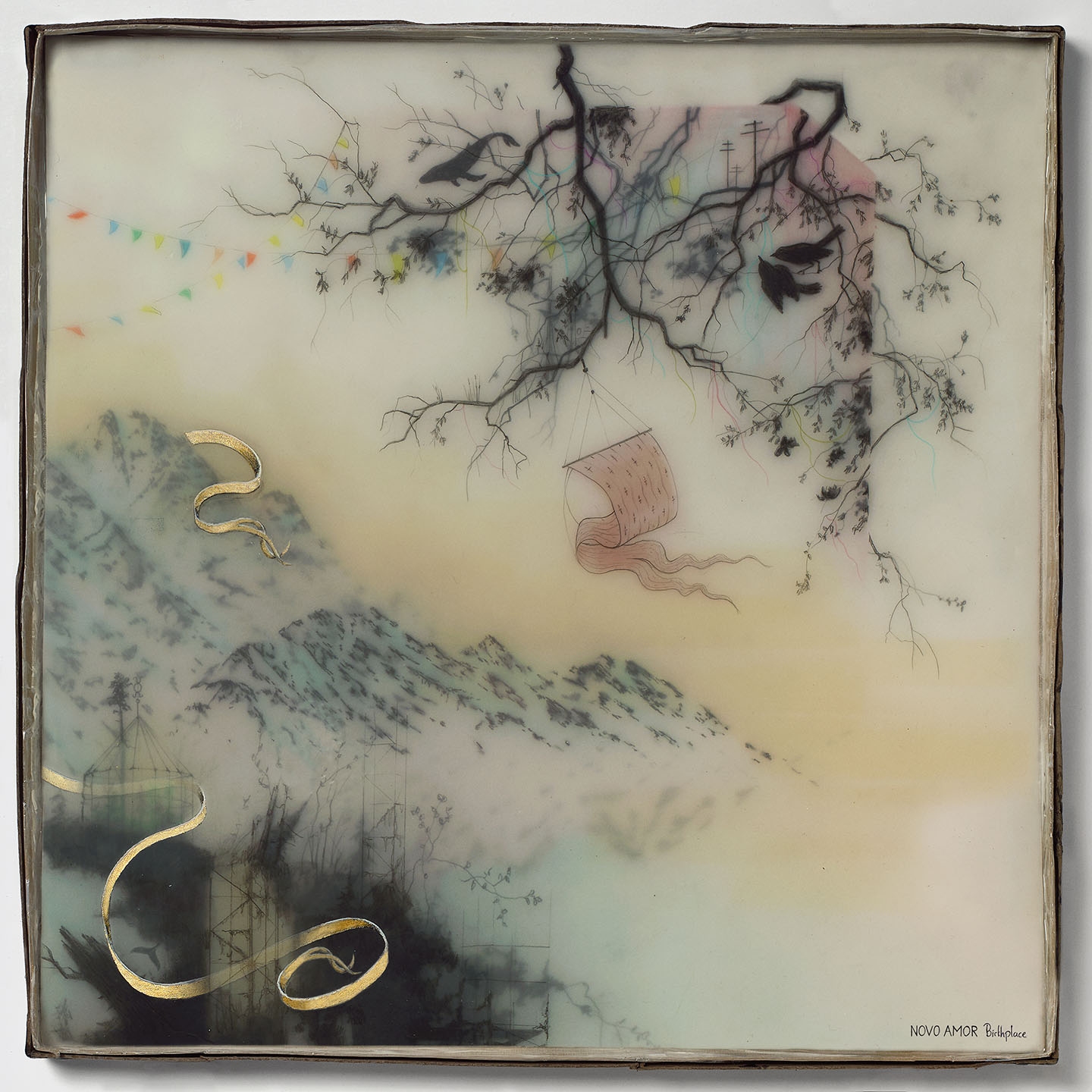 By Dominik BöhmerOctober 17, 2018 No Comments

Birthplace is yet another beautiful flower grown in the lush gardens of Novo Amor’s discography, waiting to be plucked by the discerning listener.

Autumn has made its cozy bed in mother nature’s chambers. The gaily colored leaves are falling, eager to provide its bedstead with ample cushioning. A faint haze of frost lies in the air already; birds begin to migrate, leaving only an echo of their joyful summer songs between the defoliating treetops, to be fondly remembered in the eerie silence of winter’s cold. In the midst of this annual re-enactment of nature’s most romantic tragedy, Welsh singer-songwriter Ali Lacey aka Novo Amor unveils his début solo full-length, Birthplace, a fitting soundtrack to the quest for warmth and comfort in the coming seasons.

2017 was a big year in Lacey’s career. Not only did he release a formidable solo EP (Bathing Beach), he also collaborated with his contemporary and brother in spirit Ed Tullett on an even more impressive and quietly powerful full-length LP. Heiress was a consummate statement of vulnerability in art, a quintessential expression of the state of folk music in the 21st century. Expecting these same attributes from Birthplace would be foolish; indeed, allowing it to stand on its own, uninvolved in yearning recollections of past glories, is the most courteous gesture a listener can extend to it.

‘Hardly anything, hardly anything works now.’ Prepare to have these words stuck in your head and heart for the rest of the year. The heartfelt way in which Novo Amor delivers the chorus to “Emigrate”, the album’s opening track, had me blissfully singing along to it even after the very first time hearing it. His touching vocal performance is met with a meticulously arranged, opulent instrumentation: gently weeping guitars, stirring strings, horns, gently pounding percussion, and a homely banjo make up the lovely, lively landscape through which his genteel, melancholic voice wanders. Realizing that the end of its runtime draws near, “Emigrate” pulls itself together for one last grandiose hurrah, allowing the string and horn sections to fully stretch their wings and take flight towards a brighter horizon.

This antithetical atmosphere of splendour and intimacy that characterizes the sound of Birthplace should feel familiar to all those who, a few years prior to reading this, celebrated Bon Iver, Bon Iver for its largely unmatched combination of wistful, forlorn singer-songwriter folk and sumptuous elements of baroque pop and chamber music. The key word being ‘largely’, of course. What I mean to say is, this new album by Novo Amor fills the void vacated by Bon Iver with the release of his boundary-pushing milestone album 22, a million. The lush sound, the gorgeous production, the ostentatious, sprawling instrumentation; it all hearkens back to and expands upon the record that came to define this generation of folk musicians.

I’d like to expand on the landscape metaphor I used earlier, because as it turns out, it works both on the micro and the macro level. The ten enclosed environments (read: songs) of Birthplace each in turn represent a part of the bigger picture. We have towering, snow-covered mountains exulting to the sky (“Utican”), dark forests that might be as old as time itself (“Anniversary”) with soft, mossy soil (“State Lines”), a valley flush with flowers (“Seneca”), and even a lake, as deep as its waters are blue (“Sleepless”). Nestled in this idyllic scenery is a tiny, rustic log cabin (“Birthplace”), inviting us to stay and take in the atmosphere for a little while.

Birthplace closes on a final dazzling vocal harmony, and while your widened eyes slowly adjust to your surroundings again, and the goosebumps start to subside, you’re left pondering the music you spent the past 34 minutes with. How did it make you feel? What pictures did it paint in your head? As for myself, Birthplace made me imagine myself sitting in the living room, covered in a warm blanket with a cup of my favorite tea at hand, looking out over the garden to watch the leaves pour from the trees in some elated state of organic chrysalism. Earlier this year, I wondered if there was going to be a record that would accompany me through the coming colder, darker seasons. Well, I think I have found it.