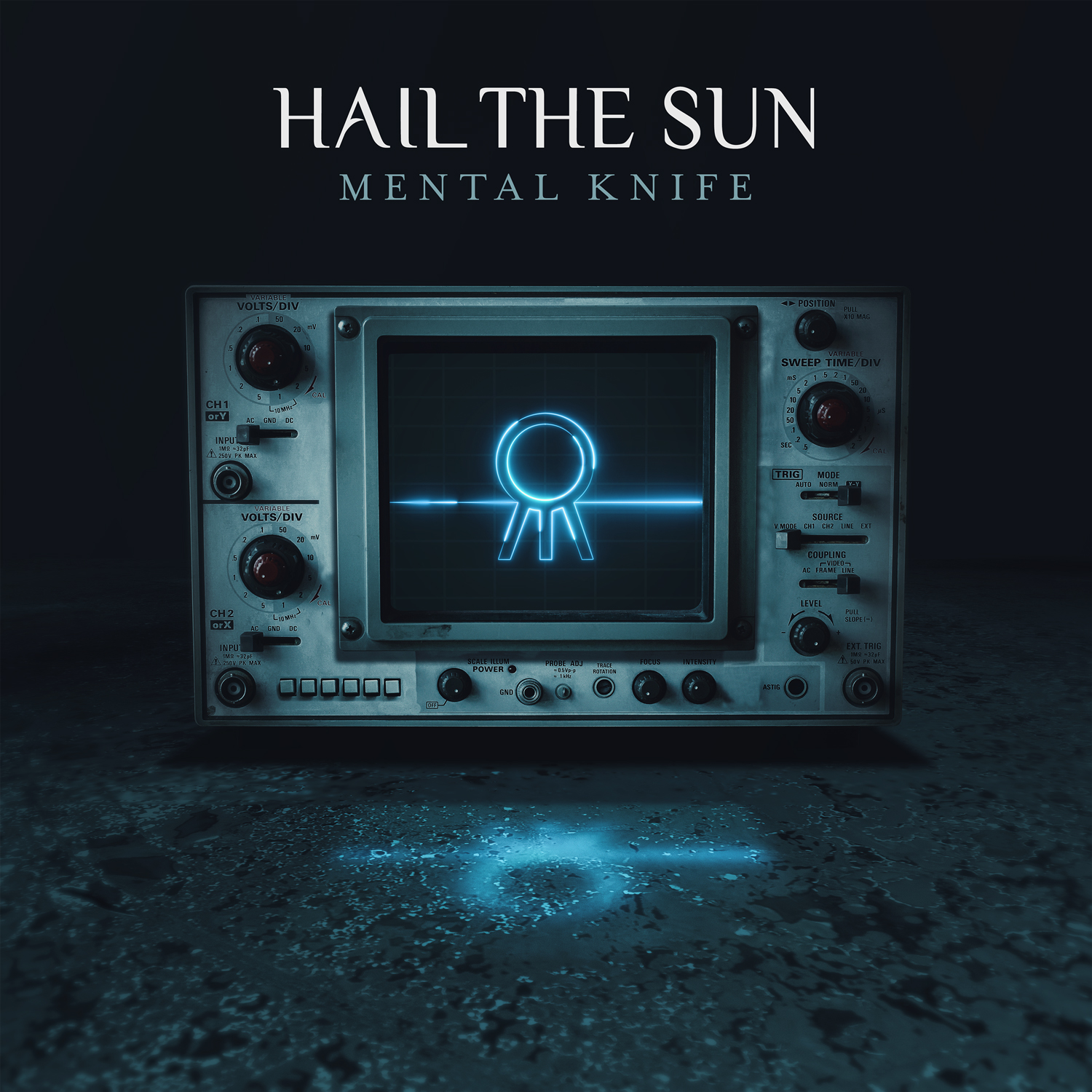 Hail The Sun comes through with one of their most dramatic albums to date on Mental Knife, a collection of songs that are thematically dense — often to the point of emotional strain.

Despite the fact that I’ve been a fan of Hail The Sun for a few years now, I didn’t know much about their backstory until recently. Around the time of their sophomore LP Wake, the band signed with Blue Swan Records (owned by Will Swan of Dance Gavin Dance fame). Even though they changed labels in conjunction with the release of their next album Culture Scars, the band is still getting help from post-hardcore legends. Hail The Sun‘s newest album, Mental Knife, was produced by Saosin guitarist Beau Burchell, and it definitely shows.

Mental Knife has an overarching melancholy to it, on every track. The song structures and style of the album derive from the mathier post-hardcore greats: The Fall of Troy, DGD, what have you. But what really makes these tracks on Mental Knife stand out from the rest is that overarching melancholy. However, with the unapologetic vocal style and pain-ridden lyrics, I fear that some listeners will falsely confuse that melancholy with melodrama.

Take the title track, for instance. When you strip back the glossy tapping guitars and wah-pedal, this song is quite depressing. And it’s entirely sincere, to the point where listening to the song can be difficult. There’s also the half-endearing half-depressing “Glass: Half-Empty”. There’s a part of me that feels like this scream/croon rubs off as corny, but the lyrics are anything but. Not to mention the guitar leads and chords really roll off the neck.

But I can’t shake the sense of overwhelming dread that this album gives me.

You would think lyrics about mania and confusing relationships would be on top of different instrumentation. Well, we do get some slower and more nonlinear tracks on Mental Knife as well. “The Stranger in Our Pictures” is a more straightforward tune. Its mellow and soft portions contrast well with the climaxes. Here Hail The Sun tackle feelings of dissociation and not meeting expectations. Again, some people might find the song and attached music video cheesy, but it hits me hard.

The frantic beginning of “Feel It When Convenient” differs from the sauntering chorus. The lyrics of that chorus is where my worries for the album’s mental health angle are justified. It’s probably the most toxic point of the album, but I feel constantly pulled in opposite directions. Sometimes I think this album is a positive way for Hail The Sun to cope with mental struggle, but I worry that others with similar problems may try and justify harmful behavior.

However, there’s a sliver of hope on the closing track “On Existence”. I really dig the unstructured nature of the chords here, and the guitars are incredibly well-layered. Here, the band becomes more contemplative on life itself, trying to ‘figure[d] out’ just what the hell is going on. I find it rather poignant that Mental Knife ends with a declaration of sudden understanding. I’m also glad to see that all of this turmoil that led here ends on a somewhat positive note. But that turmoil begs an important question…

How am I supposed to feel about this?

In closing, I will say that this album was properly titled. Especially on the first few listens, Mental Knife lives up to its name as a long and hard look at detrimental coping mechanisms and mental distress. I’m still unsure if I’m supposed to take anything from this album other than a sense of despair and a desire to start chain smoking. And I’m not sure how to feel about that.

Is that the point? Are people supposed to listen to this and feel empty inside, without help? I don’t know; this is a post-hardcore album, not a psychiatric health advisory. Regardless, I think Hail The Sun has created one of their most impactful albums to date. I do recommend it, but with a slight caveat: go into it with lamplight. Drink some water, eat some vegetables, tell someone you love them; I dunno, do something healthy before you listen to Mental Knife. If you’re not careful, it might leave you feeling like a piece of shit.