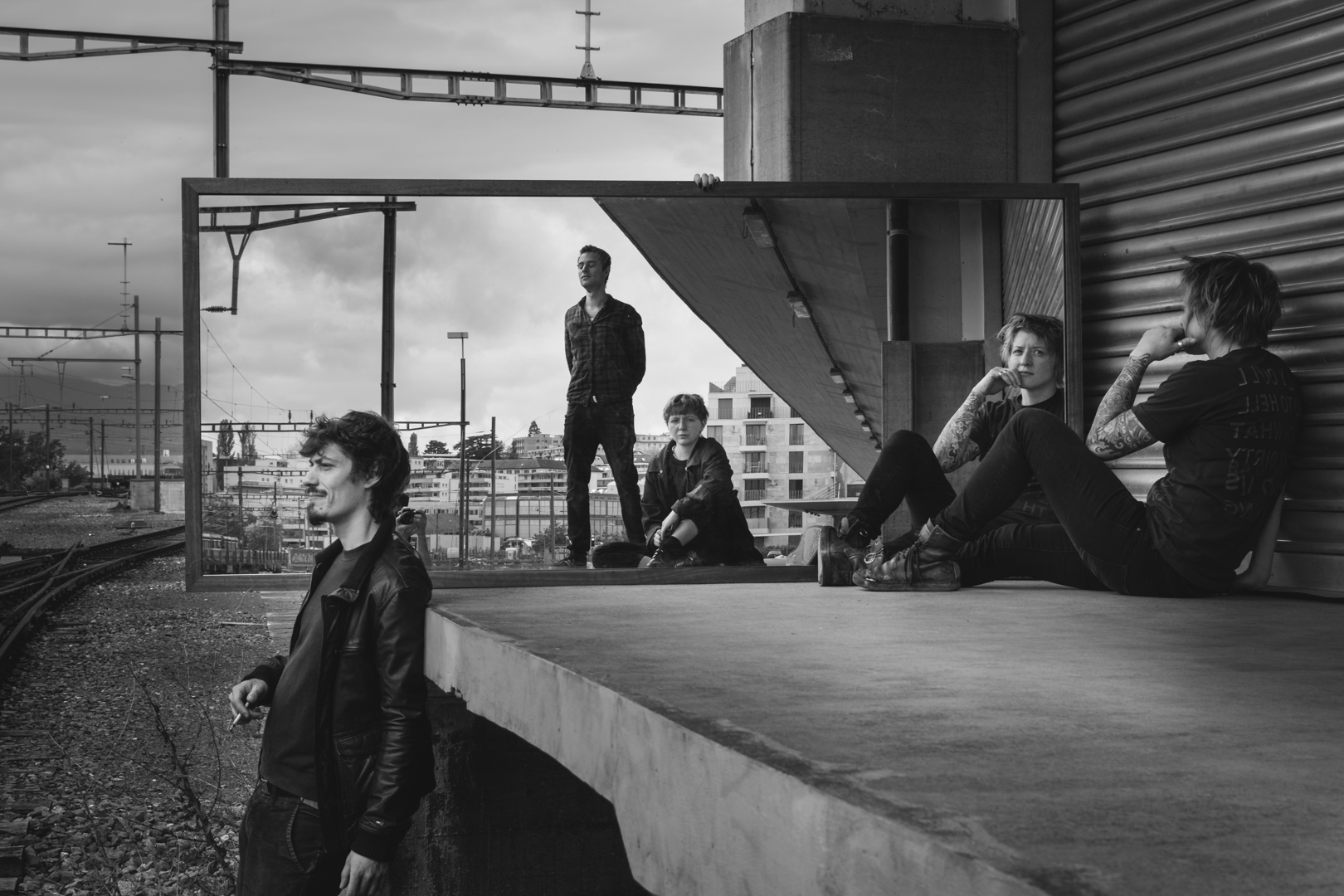 By David RodriguezOctober 16, 2018 No Comments

Some music just hits you right when you need it most. I write this as I’m trying to get over being sick, not a lot able to pick me up, that is until I heard KØDE.

If you’re unfamiliar – as I was – KØDE are a slowcore powernoise band from Switzerland, and quite a good one at that. If you’re contending with what the hell slowcore powernoise consists of, just imagine Hole entrenched in mud and you’re at least most of the way there. That said, KØDE firmly occupy a space that I love to hear from every now and then. I’d slot them in cleanly with bands like Ex Hex, Low Dose, and even Slow Crush, though KØDE still maintain a strong identity. Today, we have the pleasure of premiering their entire new album, Discrete Transformation, for all you lovelies, and I promise it’s worth your time.

Measured and astute, KØDE are a band after my own heart. The album nears the short side, clocking in at around 40 minutes, but says – and does – a lot with that time. True to slowcore, Discrete Transformation is the most alive when it’s deliberate and takes its time. Even still, that indie punk soul stews beneath, seeping out through the cracks and fissures. This is where the fiery energy is stored, vented out every so often to entice and regulate itself.

“Héloïse” rumbles forth in a way that really resonates with me. The bass is warm, vocals are full of life and intimacy, the overall mood is cathartic, purgative of distateful thoughts. I listen to “Small little pieces” on the way home as dusk wraps up the sky sooner and sooner these days, the perfect soundtrack for such a moment with its gentle instrumental drive that still has some grit to it. That’s a big plus to Discrete Transformation – it does indeed have its more discrete moments, but those moments that pierce into you for optimal emotional reaction and effect are never too far off.

There’s a defiant punk disposition to every note, evocative of monolithic trendsetters like L7 and Nirvana. It’s not enough to have slow parts here and heavier parts there, this album treats the music like a spectrum by fluidly waxing and waning across the possibilities of artistic expression, but one thing remains constant: its candid spirit. This album radiates feminine strength, something also best expressed as a spectrum. KØDE find the time to be vulnerable (“Stars”) just as they do unrelenting and resolute in their messaging (“Time”).

If you can’t tell, I highly recommend this album. Short of providing a full-on review of Discrete Transformation (something I had to consciously not do here), it’s best, and most succinctly, said that it’s an album that’s going to speak to you if you have a penchant for indie rock with a harder edge that likes to take things slow. Never mistake slow for boring, or if you do, let this be the album that challenges that perception. KØDE have really nailed this aesthetic, probably the best I’ve heard this year so far. Do yourself a favor and indulge.

Sure, we’re premiering the album here, and we thank you for joining us, but the album officially comes out this Friday, October 18, via Division Records. You can still preorder it through the band’s Bandcamp and while you’re at it, like them on Facebook because they have criminally low followers on there. Thanks to KØDE for the lovely music.