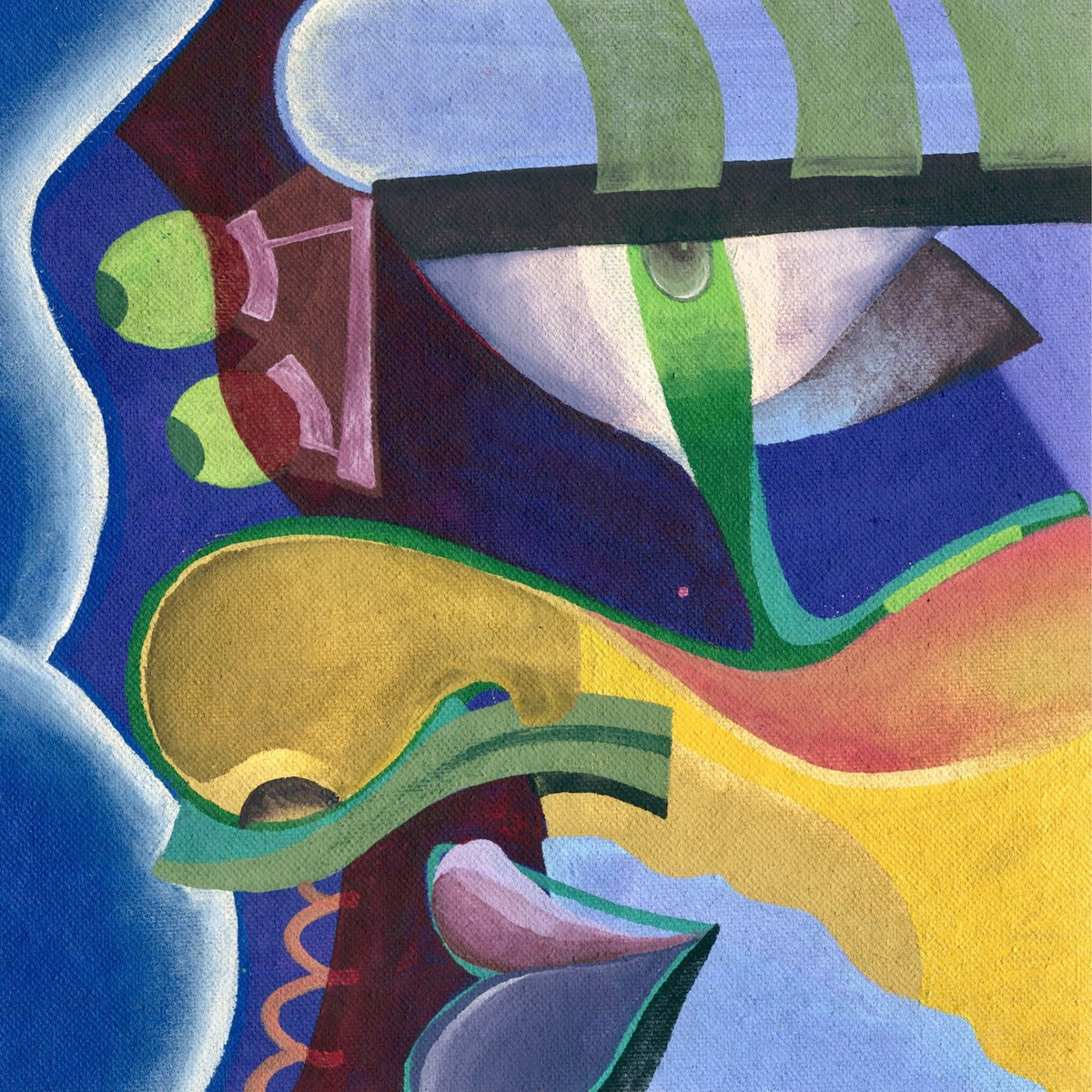 (Content warning for a Spanish queerphobic slur rapped in the lyrics of a song is discussed in the tenth of this review. Please use discretion.)

According to Merriam-Webster, a nostrum is defined as “a usually questionable remedy or scheme”. These two MCs come together to provide a product that may work for some, but not for others. Many rap fans can’t get with the weird idiosyncratic style of these two. But for some, it is a balm for the nervous soul—hence the name Nostrum Grocers.

Long-time purveyors of afronowism Milo and Elucid unite for a 10-track LP, and it’s about what you’d expect from them. Simple yet abstract beats, heady lyricism. Milo has been going through a bit of a sea change over the few years. He was first known as rap’s preeminent philosophizer on formative projects things that happen at day // things that happen at night and A Toothpaste Suburb.

As his references to literature and art became less overt, he grew up. 2015’s So The Flies Don’t Come saw Rory Ferreira bring forth sleeker beats and more abstract flow. But my first peak of the Ruby Yacht was Who Told You To Think??!!?!?!?!, where Milo experimented with glitch-hop and struck a balance between nerdy alt-hip-hop and black poetry contemplating truth and fatherhood. It’s a major touchstone in his discography; I’ve looked at all of his stuff since Who Told You from that perspective, including his most recent mixtape as Scallops Hotel.

Almost a year after Who Told You To Think??!!?!?!?!, it would appear that Milo is taking a more relaxed, lighter approach to his flows. ‘Howdy Mrs., I feel rowdy like Aloysius/Pugilistic nephew, past curfew/Slurp me like tonkatsu/Recieve blessings like ‘Atchoo!” His delivery feels confident and calculated, yet understated, like he’s in familiar territory. The beat on “where’ing those flowers” is just warped and jazzy enough for him, so that comes as no surprise.

Rory also shines on “’98 gewehr”, a title referring to the German WW1-era rifle. His hook on this track is just the kind of stuff I love to hear from him. ‘It’s a bounce pass, n—-, have faith in the follow-through/Why your healer on crutches like Isaac of Uluru?/I stay with a cape in that lightning like Dooku’. Hearing Milo rap about pullin’ up on the block w/ an antique weapon, well, that’s definitely something he would do.

Alright, now let’s talk about Elucid for a minute. This guy has been in the game for about ten years if memory serves. And while I haven’t done the digging through his discography that I think he deserves, I did enjoy his recent project Shit Don’t Rhyme No More. I remember him for production that feels like he’s flying and verses that seem to conceal him with clouds. His contributions to Nostrum Grocers definitely give me reason to continue searching through his older work.

He pairs well with Milo on Nostrum Grocers; they seem to keep each other relatively tethered. On “thermometer”, the seasoned MC sets a quick syncopation with his rhymes. ‘Now and again I’m reminded like I’m dumb/They’ll only remember science if it’s sung…Grease the lung, climb the ladder/Stone mountain camo, this the burning of Atlanta’. Elucid definitely keeps things abstract, yet just straightforward enough to follow.

On the preceding “camera”, I think Elucid raps about dissociation. He recounts his body dissolving into body parts and clothes. He relates this feeling to race; ‘But still want to complicate the narrative (narrative)/Hawking tickets to a play of the oppressed/And the caress of supremacy’.

Finally, I must mention the production on Nostrum Grocers, which particularly shines on closer “ashwaghanda” (ashwaghanda is a nightshade variant commonly found in Indian medicine; an example of a “nostrum”). Overtop a glossy piano loop and interspersed glitches, Milo drops a quick inside joke about the cult of personality surrounding a certain UNIX computer program (I think?) before sharing some hypnotic hooks with Elucid.

“medium” also feels reminiscent of something off of Who Told You To Think??!!?!?!?!, with its subdued horn (?) sample and echoing drums. Milo‘s flow feels bored but cocky, and even gives one of his best one-liners, ‘turn the trap into a thinktank’. Opener “circumcision is the first betrayal” showcases the rapper’s love of phasing and warping their samples, with its ‘he shall receive’ vocal sample and warbly high-pitched closing melody.

While I mention “medium”, Elucid uses the line ‘first stone thrown, black Othello/my man, my mellow maricón’. As a ‘maricón’ myself, I didn’t really appreciate that, or anytime people wantonly throw around queerphobic slurs, Spanish or otherwise.

Aside from that, I can’t deny that I enjoy Nostrum Grocers. These guys continue to experiment and try new things, including elements from their past work. Real neohoodoo shit. I hope they both continue to forge their faith ‘from [their] hammer to yours’.