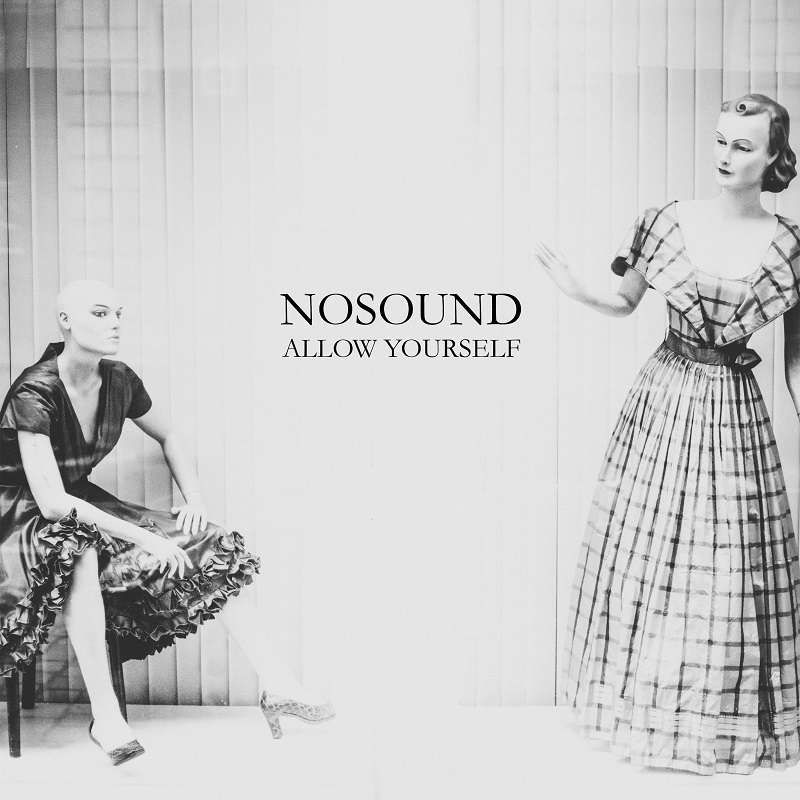 By David RodriguezSeptember 18, 2018 No Comments

Nosound cause quite a stir with their ambient rock that equally soothes and prods at our emotions with Allow Yourself.

Owing at least a handshake to Thom Yorke, Radiohead, and Sigur Rós, any fan of those bands will not only feel at home here, but welcomed with open, ambient arms by Nosound. We get well-layered, dreamy rock soundscapes with electronics, pianos, some strings, and more as they explore a palate of emotion and feeling. The Italian band comes forth with Allow Yourself, which is a sentimental triumph that favors slow and morose over bold and brash.

Songs bring forward thoughts of graying landscapes choked of color, all movement in slow-motion. The lack of color doesn’t make the full picture any less vivid, but rather forces your focus onto the little details. You can hear the organic percussive thuds in the middle of “This Night”, and how they each differ in both force and volume ever so slightly as a suspenseful, post-rock-esque crescendo builds. You can nearly feel the texture of each synth note in tracks like “Growing on Me” against your skin. Or the eruption of warmth provided by that same song’s chorus of ‘We share our wounds to heal/We shared all the air we could breathe’. The glitching guitar ticks and synth hums of “Don’t You Dare” erratically draw on a canvas of airy contemporary rock drums and bass. It’s probably my favorite song on the album as it falls back on light jazz progression and contains a lot of activity to stay engaged with.

The emotion of Allow Yourself is achingly palpable. Insecurity, regret, doubt, and emptiness all permeate the lyrics, as well as the spaces inside the actual music. Nosound may not seek to make you sad, but they do seem to empathize with these feelings and desire to express them as a band. This is where a lot of the weight comes from; the raw relatability and crestfallen attitude of it all. The elongated vocals play like a violin’s bow rapping on strained heart strings, melodic and pained. After all is said and done, the ending track of “Defy” brings peace. It’s a burst of sunlight through the gloomy clouds that formed much of the album’s core.

For my personal preference, I like my progressive/art rock to have more breadth. Nosound manage negative space and ambiance well, and it’s nigh impossible to deny their skilled hand at taking a calmer approach to their particular sound. I wanted more synapses firing within the music; more activity to break up the uneasy serenity orchestrated by the quintet. The moments we get in “Don’t You Dare” and “This Night” really make me want more.  I appreciate what they have crafted here, but I wish the balance between the elements was a bit fairer.

Allow Yourself definitely means well. For me, it’s a beast I’m not used to encountering, one more tamed for my normally wild mind. As such, maybe I was unprepared to receive its gently dejected attitude. Nosound champion emotion above all, something I can definitely admire and respect. I would implore anyone looking to get into this album – as a fan or relative newcomer like me – to open up beforehand. Let it breathe into you, allow yourself (pun partially intended) to feel with the music. It’s multifaceted and lovely if you give it a chance.