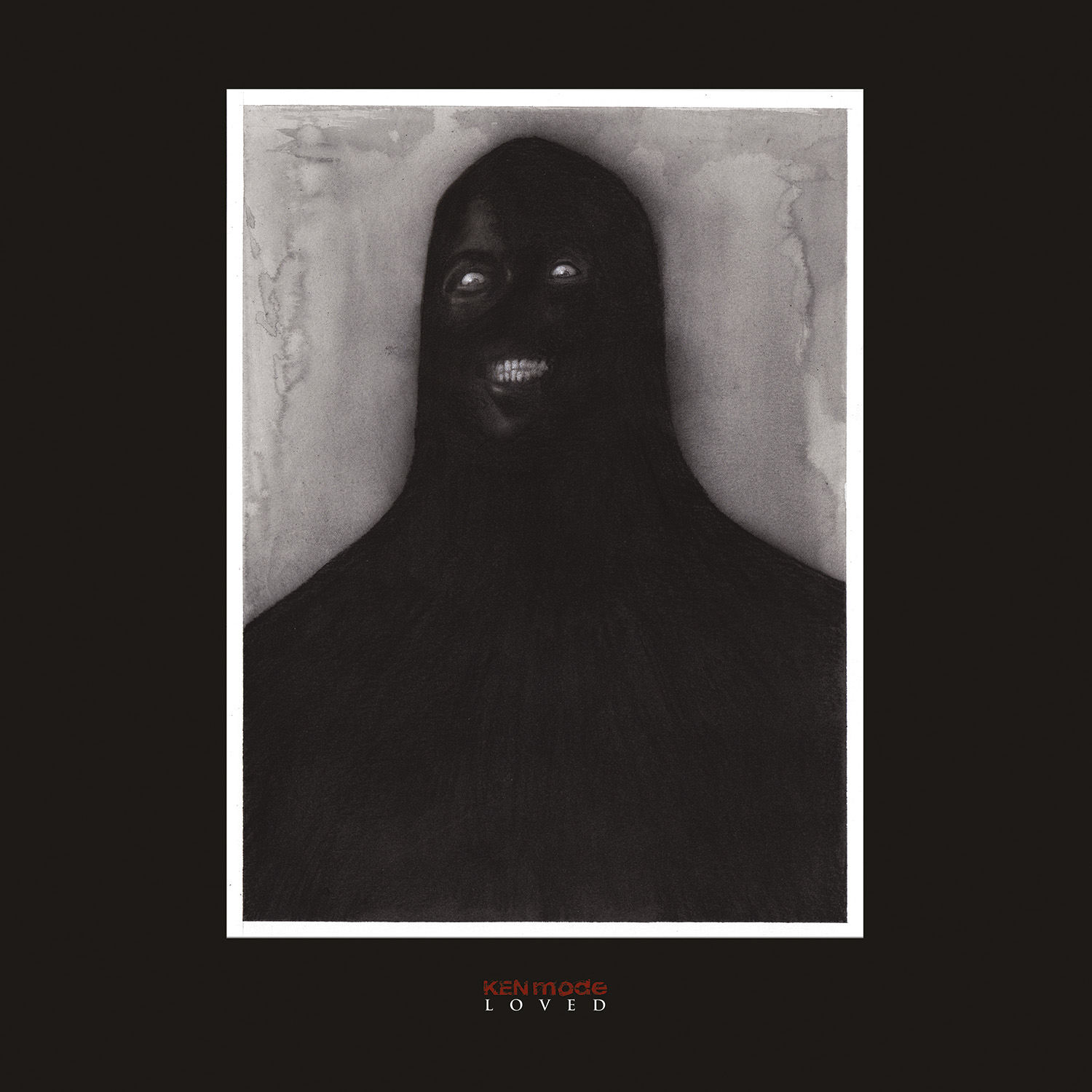 Mathy, sludgy, and angry: what’s not to love about KEN mode’s Loved? The trio from Winnipeg deliver solid hate on their seventh album.

KEN mode live in a world where the guitars are raw, where the numbers on a pedal’s or amp’s ‘Gain’ knob are mere suggestions, where time signatures are temporary, where grooves sound more unsettling than catchy at times, and where vocal cords were meant to be abused. Add in some sincere respect for the tonalities of black metal and death metal to make a sample of perfected brutality.

So yes, Loved is a -core album, but it is a good -core album. They take what could easily be mistaken for clichés and make them sound comforting and familiar, even when the music is anything but. They run unsettling drum and bass-oriented grooves under guitar drones. The declarative screaming adds KEN mode’s only element of humanity.

Thus would be Loved’s mode (sorry!) for its first six songs. “Doesn’t Feel Pain Like He Should” through “Very Small Men” are lurching romps through the very best that the -core genres have to offer. Things take a turn for the jazzy on “This Is A Love Test”. That song has a more relaxed groove and less guitar noise, making it a mid-album breather to help recover from everything that came before it. It even features something that sounds like a saxophone; who knows? It might even be a real one! Of course, the song breaks into something that slams every now and then. Loved would not deserve the ‘mathcore’ label if that never happened. Even at its most staggeringly brutal, “This Is A Love Test” is considerably lighter than the rest of the album.

One might be tempted to call penultimate track “Fractures In Adults” a return to the norm for KEN mode (the first three letters stand for ‘Kill Everyone Now’ — named after a quote from Henry Rollins about his Black Flag days). That song has industrial overtones that recall the glory days of Godflesh and their more punky/grungy counterpart Fudge Tunnel. Indeed, KEN mode wanted to mix ‘the desperate noise and industrial sonics of the 80s and 90s’ with more contemporary black and death metal sounds.

And Loved would not be a proper work of extreme art if KEN mode had not taken things several steps farther in that direction for the album’s finale. “No Gentle Art” is based around a faux-‘tribal’ stomping rhythm that was almost genetically engineered to create the world’s most awkward circle pit. The sax sounds from “This Is A Love Test” return and dominate the sonic space where the guitar drones can usually be found in a KEN mode song. And finally we get treated to the -core version of a symphonic crescendo: lots of screeching feedback.

KEN mode made an album that deserves to be Loved. It has everything in it that fans of angry, unpredictable music could want, played without compromise and with a keen sense of aesthetics.