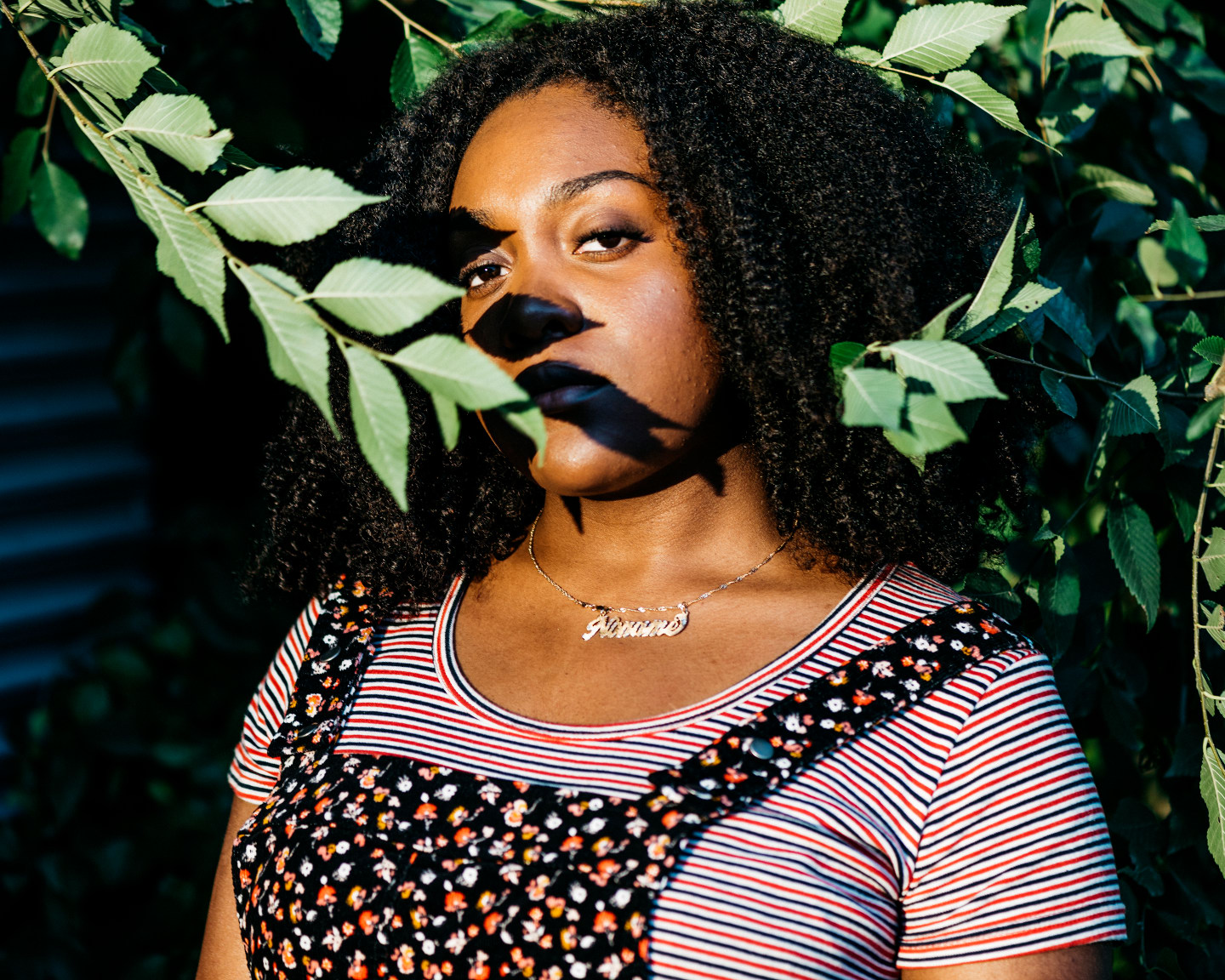 Noname unpacks her growing pains and explores her black feminine identity on Room 25. Her sound continues to develop with organic, vivid neo-soul instrumentation.

I’m very excited to announce another double album review here at Everything Is Noise! Today our editor David and I will be breaking down the debut album Room 25 by rising star Noname.

We’ve come a long way from Chance the Rapper’s “Lost”. It’s not so much a disparity of quality between Noname’s first major feature to now (though, to be fair, she’s somehow gotten even better since); it’s more of her having a level of artistic comfort now that one simply just can’t capture their first time around. Room 25 is a genre-straddling true story as it’s completely informed by her life, focusing on her trek through adulthood, particularly age 25 which was especially momentous. Little details pried from memory inform her candid, personal stories that read like diary entries at times. It’s revealing, affirming, and, at times, provocative and hard as hell:

‘Fucked your rapper homie, now his ass is making better music
My pussy teachin’ ninth-grade English
My pussy wrote a thesis on colonialism’

Holy shit. Noname didn’t have to go as hard as she did on the opening track, but she did. She did it for us. Well, not really, she did it for herself, and says just as much in “Self”. The artist is often concerned she’s oversharing, but really, it all just adds up to a more believable experience.

Noname’s vocal delivery hasn’t changed much, but that doesn’t mean a whole lot when it’s pretty freeform by design. It hearkens back to her days soaking in slam poetry: monotone-adjacent, rhythmically parsing out verse after dense verse. She’s capable of Twitter-ready succinct rumination, stream-of-consciousness spitting, and observations laced with humor that shows character, sometimes all in the same verse:

It’s endearing as it’s always anchored in herself, what she thinks, and how she feels. Well-rounded as ever, this includes musings on politics, social climate, race, sex, coming-of-age, loss, and so much more. Room 25 stays profoundly personal throughout, leaving you feeling like you have a new friend after listening to it.

Noname has a penchant for live instrumentation. The core elements of the production on this album is guitar and drums. Additional elements provide a cherry on top, but the decidedly minimalist, intensely soulful approach serves her well. Jazz creeps in with frequent piano measures. “Montego Bae” is particularly nice, the song aided by Ravyn Lenae’s breathy, saccharine crooning.

Speaking of features, they’re all utilized well. Noname hasn’t let a move to LA make her forget her roots. Featured here are Chicago contemporaries like Adam Ness, Saba, and Phoelix, who also executive produced Room 25 and contributes some vocals. Saba in particular raps a 16-bar verse in nearly all double-time on “Ace” that touches on everything from the rising cost of tour life to the Colin Kaepernick-NFL controversy in 35 seconds. Not his best, most concerted effort (see his solo album CARE FOR ME for that and more), but his cadence, flow, and delivery complement Noname. It’s not hard to see they’re cut from the same artistic cloth.

If I don’t cut this off now, I fear I’ll overstay my welcome. When all is said and done, Room 25 proves two things chiefly: Noname is just like the rest of us, and – perhaps paradoxically – she’s one of the greatest budding voices of this generation. She may have done this for herself, uncaring of any expectations placed upon her, but it’s something beauteous that we can all revel in. Don’t sleep; Noname is one of the best lyricists out right now.

The first thing I remember thinking after listening to Telefone for the first time in its entirety was, ‘Damn, there’s only one tape?! That can’t be!‘ That mantra has been reverberating in the back of my cerebrum since last year. Now I can finally say the wait is over. Noname is back with her debut album Room 25, and she continues to leave me wanting more.

While Noname‘s bars can often come off as very playful, don’t be surprised if she snaps on you like on “Blaxploitation”. Crisp drums and pointed bass round out the track instrumental as she delivers one of her fastest verses yet. And her pen game has not gotten rusty since Telefone.

‘Just like a Hillary Clinton, who masqueraded the system
Who chicken-boned, watermelon-ed
Traded hoodie for hipster, infatuated the minstrel
When we cool, they cool, we die as coon’

Yes, she’s still utilizing that same soft-spoken delivery, but there’s a newfound bite to Noname‘s lyricism on this track and others on Room 25. Her self-consciousness begins to morph into self-confidence, even to the point of boldness.

Another key example is the following cut on Room 25: “Prayer Song”. Overtop some syncopated drums and Rhodes, Noname pours out a verse that seems to be from someone else’s perspective. She raps about racist police brutality, possibly referring to the murder of Philando Castile in 2016. Elsewhere she takes it down a notch, and the flow of the album feels more akin to Telefone. “Ace” is another one of her reunions with her fellow Chicago natives. Smino and Saba join up with Noname over a vocal squeezebox of a beat. The three poets trade seamless verses in the span of a tight three minutes. Saba has a track record of working well with Noname in particular.

Easily my favorite track on Room 25 is “no name”. There’s a beautiful guitar intro (by someone named Yaw, I think) followed by distant singing and pianos. What comes next is possibly one of Noname‘s most revealing verses yet. Ever wonder why someone would call themselves Noname? You’d probably guess it has something to do with the perils of labels and unwanted definition they can bring. Well, I think you’d be right:

‘And medicine’s overtaxed, no name look like you
No name for private corporations to send emails to
‘Cause when we walk into heaven, nobody’s name gon’ exist
Just boundless movement for joy, nakedness radiates’

Luminous strings carry the yearning vocals supplied by Yaw and Adam Ness. For an album about self-realization and growth, what better way to tie it all off?

This album found me at an interesting time in my life journey. As someone who’s only 6 years younger than her, I have similar questions to address for myself, similar growing pains. If life is so disorienting and troubling for me at age 20, I can’t fathom a possible future. Nevertheless, I suppose if Noname can overcome insecurity to become one of hip hop’s newest gems, I can make it to 25 too.

Quick note from us: Noname originally chose art by Bryant Giles to cover Room 25, but recent allegations of domestic abuse against him by an ex-lover have moved her to trash the art and search for a replacement by another artist. In solidarity with her decision, and with all victims known and unknown, we chose to use a nice picture of Noname as our featured images here.