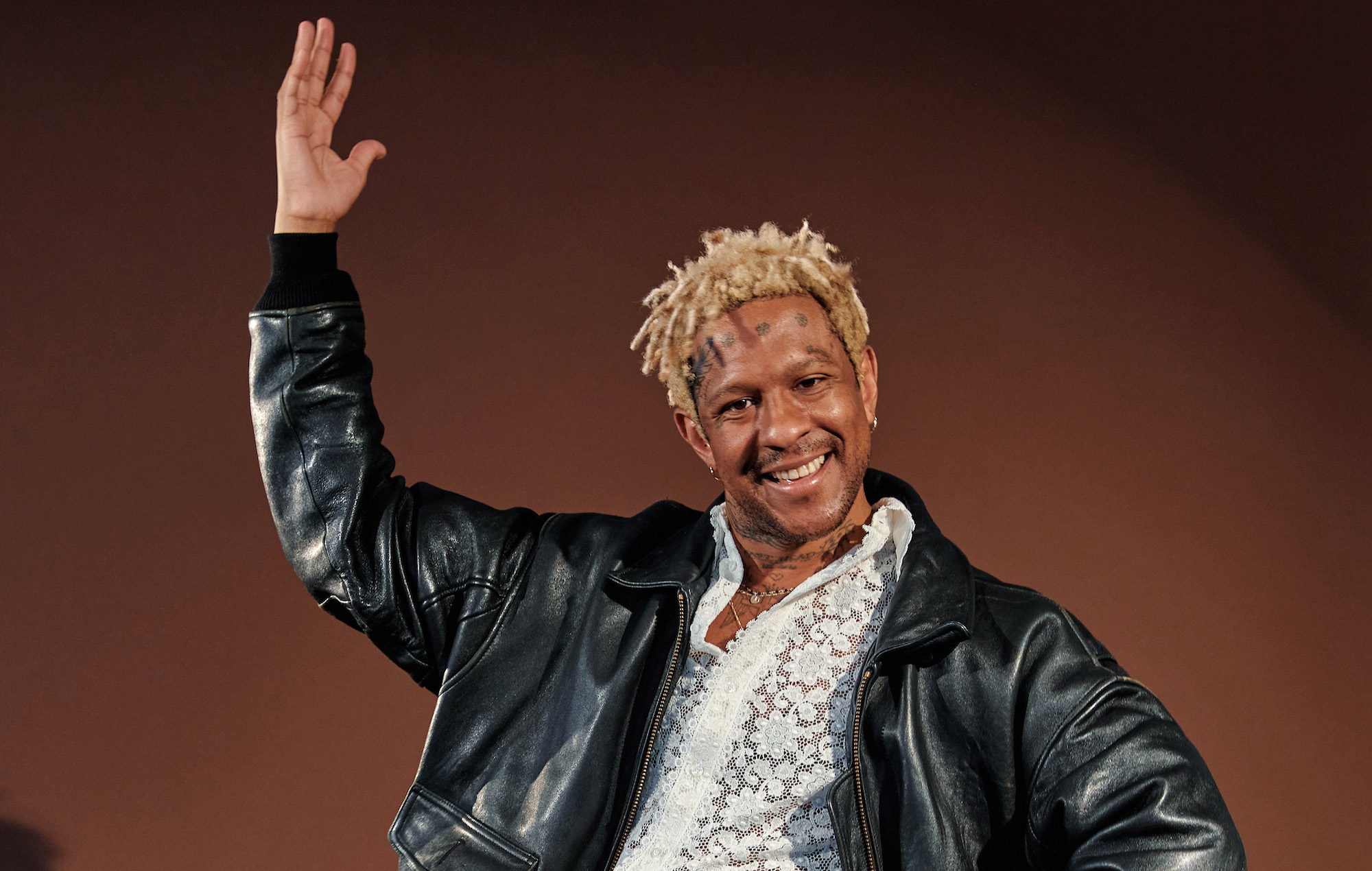 Broken Hearts & Beauty Sleep does about everything it can do to dazzle and impress – to great success, thanks to Mykki Blanco‘s fierce personality and way with words.

I’ve fucked with Mykki Blanco since I heard their Brenmar-produced ass-slapper “Wavvy” a few years ago. If you haven’t heard it, you should. Immediately, I knew Blanco was here to do something special as hell. I’m far from a tastemaker or talent scout with any real insight on what makes someone a future star, I just know good shit when I hear it and hope it gets recognized. But, if I may be so bold as to say that I – maybe, perhaps – called this one… nah, that’s too corny. Wack, even. I’m just gonna focus on how Blanco, with their second album, really brought it and came into their own in my eyes.

I’ll be honest: I’ve been waiting for this for a bit now. There’s been a couple mixtapes, a debut album, and more between “Wavvy” and now, but I didn’t really connect with many of those projects. They weren’t bad by any means, just not for me, which is, as far as I’m concerned, a personal problem if anything. Broken Hearts & Beauty Sleep is a complete vibe, though, as Mykki Blanco really grips her identity and strengths in order to give us the best possible stuff she has in her. How? Well, there’s a few different flavors on offer here, and you’re free to whichever you choose.

I consider Mykki a rapper first and foremost, talented with flows and wordplay aplenty, but they’re also quite a solid singer. On this album, there’s tinges of pop (as there always has been), a little soul, and even some show tune-esque theatrics. Everything has profound rhythm to it. Check “Free Ride” – it’s a piano-led anthem with solid, serviceable production from Hudson Mohawke and FaltyDL (who produced pretty much the whole album). Definitely more of a floaty, poppy jam, but Blanco is herself no matter what – fierce, flirty, and fed up with ain’t-shit men (‘It take a real kingpin to try and cuff the queen/It take a real bad chick to try and thug with me/Why it always a bum that’s in love with me?‘). I have to appreciate this gem of a line that’s more relevant than ever: ‘Toxic, free Brit, but you not that hip‘. It’s just the beginning though.

“Summer Fling” features Kari Faux, someone I’ve gushed over before, and they are both such a match for this banger. It’s quickly evident that a lot of what makes Mykki shine is her personality, so she needs people on her level to match on a song. The bar’s set high with this little exchange from Blanco that made me laugh out loud when I first heard it – ‘He told me ‘J. Cole saved rap, well how ’bout that?‘/I said ‘your dick smell like hams, just go take a bath‘‘. I will interpret that as light J. Cole slander, nod in agreement, and move on. Meanwhile, Kari Faux flanks all the verses with a neat hook, supported by warbling bass and overall summer-ready production.

‘It’s the summеrtime, the block is hot
You can’t cuff me ’cause I don’t fuck with no cops
I do what I want, you do what you can
I leave these boys sweatin’ while I’m gettin’ a tan‘

Much of this album deals with various aspects of love; no love album is complete without a break-up anthem, and holy shit do we get a good one. The short-but-sweet “Fuck Your Choices” comes in hard with the beat and a punchy piano sample while Blanco dramatizes a relationship gone sour where even the most petty things are grounds for a fight:

‘Yo, you used all my soy milk?
Told me that you used it in some coffee
Had some people over from yoga
You really made smoothies?
What the fuck is that?‘

I don’t even drink soy milk and I’d be pissed, too.

Mykki continues their broad stroking of music with “Want From Me”, which opens as a loungy number with some woodwinds and vacant space in the beat to let it breath. She is straight up crooning with the cadence of a theatre performer – just a hint of cheese, but all heart, clearly having fun with it all. This is, of course, before it flips into a bombastic rap for the short second verse where she just so satisfyingly nails her syllables to the beat, giving them some extra punch to take down certifiable fuckboy shit.

I feel like I’m not doing this album justice; suffice it to say that you either vibe with this or you don’t. Broken Hearts & Beauty Sleep is a short album at 27 minutes and some change, but every song really brings something interesting to the table, palpable and fun. By the time you reach the end of the Big Freedia-assisted “That’s Folks”, one thing’s apparent, and it’s what ultimately makes Mykki Blanco very likable: she’s confident, she’s not taking any shit, and there’s not much you can do about it. More fitting still is the fact that an album coursing with this much queer energy was released in June. An album packed with some summer heaters right before solstice and during Pride month? Unfuckwithable, yet I fuck with it heavily.

In acknowledging my potential personal flaw of not falling for any previous Mykki Blanco project yet, I also acknowledge that this is the one that did it and made me see the growth and shine that they’ve accrued over the last couple years. I see many others shouting her out for the success of Broken Hearts & Beauty Sleep, and it just warms my heart, as it’s well-deserved. Between rap, pop, and other accoutrements sit luminaries like Mykki, and I wouldn’t have it any other way.