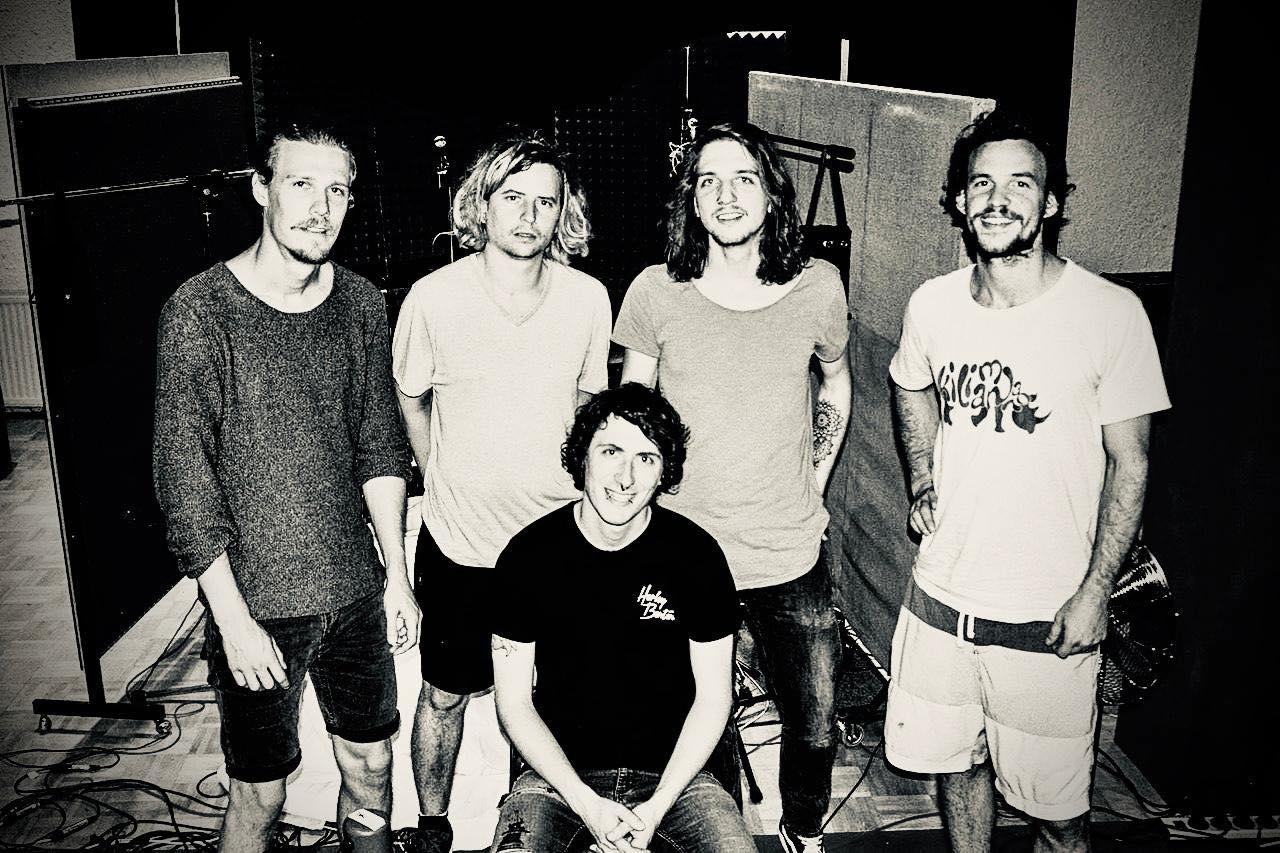 By Ashley JacobOctober 7, 2020 No Comments

Mother’s Cake go full-throttle in an ambitious roller coaster of an album, which has riffs and surprises galore.

If you’re feeling weary, then Mother’s Cake may just have the remedy. Cyberfunk! is an ultra-vibrant compendium of adventurous rock ‘n’ roll, built with the intent of rendering you fully energised. These guys fuse the extravagant with the progressive, bypassing conventional restrictions, and placing variety at the forefront. Whether this blend is to your tastes or not, there is undoubtedly an everything-but-the-kitchen-sink quality happening in the album.

Launching off of the muffled 20-second “Tapedeck” intro, Cyberfunk! explodes into the heavy riff-laden movements of “Toxic Brother”, which amply showcases the hard-edged exuberance of the band. Whilst the hit it delivers to the listener lays the foundation for Mother’s Cake‘s refined sound, one is also driven to recognise that the journey across the breadth of this album is full of surprises and changes in pace.

The first such change comes in “Love Your Smell”, a steady and memorable love ballad with Robert Plant and Aerosmith qualities. It’s followed up by the groovy menace of “The Operator”, and back-to-back, these two songs are a wonderful demonstration of Mother’s Cake‘s ability to work the gears. Ultimately, and by design, the album is wormhole you can get lost in, with the cybernetic proggy delicacies of “Cybernova” being the dreamy milestone at which several replays will be needed afterwards to soak it all in. Is that a Phil Collins influence one can hear… going into disco?

Ultimately, Mother’s Cake lies in splicing the old with the new. The rock ‘n’ roll nuances of the ’60s strike a good balance with the low-end hard rock and heavy metal production of today. Whilst it’s often clear which particular bands and genres they draw influence from, what’s decidedly more uplifting is the manner in which this particular band smash it all together, trademark it, and have a hell of a lot of fun in the process. The pool of influence is deep and far stretching, but the experience is fresh and distinct.

By the time we reach the last act, and brilliantly lively numbers such as “Lonely Rider”, one should be inclined to cease with the name-checking and enjoy the cleverness of the musicianship and the captivating qualities of its delivery. Suffice it to say that there is no letup in the vibrancy. Those fleeting gentler moments are reliably superseded with hearty bouts of heaviness, and the one consistency found in the music is its lust for life. Right up until the final song, “Desire”, we feel it. It’s a constantly shifting mechanism of enjoyability, endlessly rich.

Whether they are serenading you, or rocking your socks off, Mother’s Cake give it their all. It’s always a treat to have a record capable of going several miles beyond the opening songs. Be it a supercharged party album or a psychedelic road trip, Cyberfunk! delivers a megaton of adrenaline and enjoyability, that will take more than the first round for you to fully appreciate. The journey is dense, the treasures are plentiful, and the resulting intoxication is one to be highly grateful for. If you were asleep at the beginning, then you’ll be wide awake at the end, guaranteed.