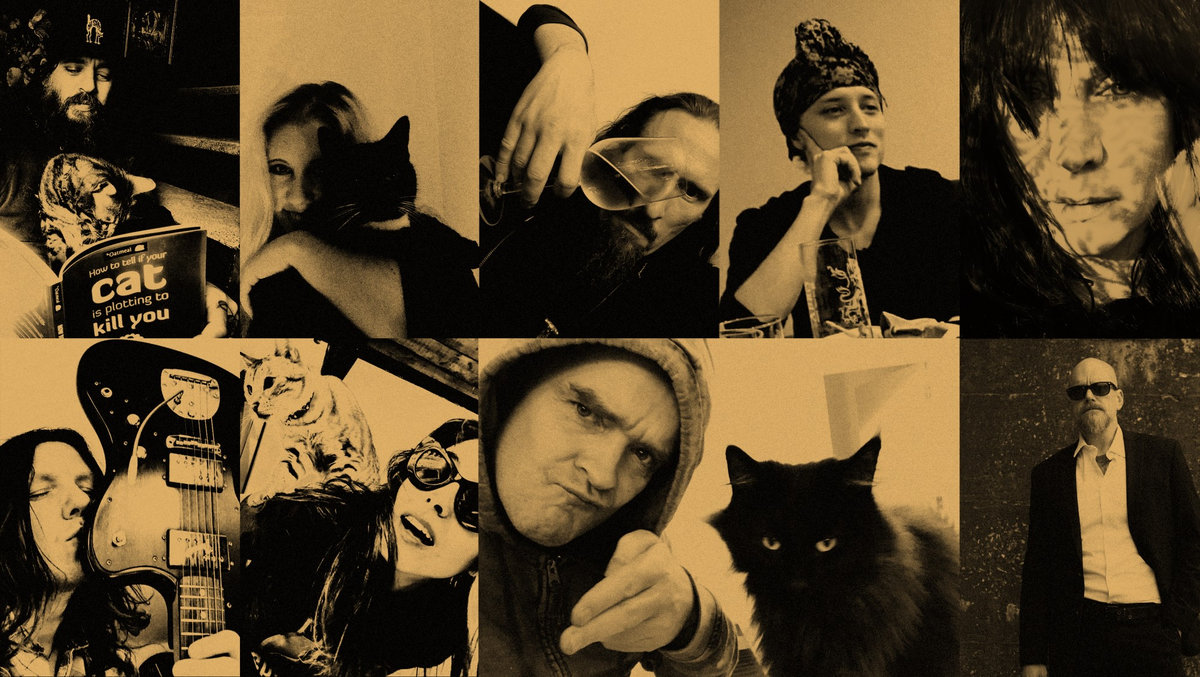 By Robert MiklosOctober 7, 2020 No Comments

Crippled Black Phoenix are back with fresh material and it seems to be going in a different direction than previous material.

I remember running into Crippled Black Phoenix shortly after they released Great Escape. I was browsing idly for music, with no aim whatsoever in sight, and for some reason I just sat down to listen to that album. It was, as the title implied, a great escape and at the same time a great surprise. Ever since then I’ve been following the band, so of course when I saw that there’s a new album which I can review, I knew instantly that it had to happen.

Now, right off the bat, Ellengæst wasn’t at all what I expected, as I’m certain many fans of the band will find themselves in similar spots. Just to clarify, that’s not a bad thing in absolutely any way, it’s just that it doesn’t seem like the kind of direction that would sprout naturally from where Great Escape left.

What would that direction be? Well, for starters, across its length, Ellengæst draws a more dynamic image both tonally and compositionally. Most notably, at least when compared to past works, “Cry Of Love” and “She’s In Parties” take a very straightforward approach to structure with a more classic rock arrangement. While the diversity which is offered through these songs works as contrasting elements, I can’t help but feel that the placement of “She’s In Parties” as the album closer is something of an anti-climatic move. Ending the record with “The Invisible Past” would’ve been an excellent move and an appropriate way to conclude the whole journey. Now of course, that’s just me.

The rest of the songs each have a bold and distinct character with a lot of nuance in their body. Almost inherently, they adhere to a progressive frame of reference in their build, as much as they do in their tonal output. Save for “(-)” which acts as a surprisingly bleak interlude, which leads us into the ending segment of the album. I will refrain from a track-by-track dissection, even though it’s my favorite kind of process. However, I’d like to go a little into my favorite song off the album.

That would be “The Invisible Past” and it’s quite the epic. Clocking in at eleven and a half minutes it’s not quite easy to digest either. While it starts out quite softly with a mellow demeanor, it slowly works its way to a loud and vast denouement. Not only that, but it does so with a very smooth edge, so you’re sort of taken aback when the song actually ends. The highlight of the song though, is its highly dreamy and somewhat nostalgic vibe. That’s actually the main reason for which I like it so much. It does an amazing job at conjuring a grounded, otherworldly feeling with the aid of slowly expanding textures.

I can’t really figure out exactly what the lyrics try to convey, but for the parts I managed to make out, it seems that they deal with a fairly personal angle on varying struggles. A highly relatable subject, at least for me. I figure that the louder parts which contrast with the soft ones are meant to capitalize on the apex of the struggle; whereas the more laid-back bits aim to set the mood of where we are and to guide us through this journey.

Of course, “House of Fools”, “Lost”, “In The Night”, and “Everything I Say” also have their unique charm, but I’ll leave those for each of you to discover on your own. I can’t go ahead and spoil it all now can I? Besides, it’s rather difficult to encapsulate the essence of each song, let alone of the entire album. It’s not only difficult due to the diversity, but also due to the emotive content that is being explored throughout. We traverse terrain ranging from upbeat, energetic, lively, through miserable, bleak, dark, to desolate, nostalgic, and maybe even hopeful. These are only some of the things I came to associate with the contents of the album.

Ellengæst isn’t the album we wanted and definitely not the album we expected – but it’s the album we deserve. While 2020 has been rife with hardships for many, at least in terms of music that has been released, 2020 didn’t entirely leave us in the gutter. Ellengæst kind of manages to symbolize, even if just partially, these hardships. If you didn’t exactly have it easy (or otherwise, it doesn’t matter) this year, go listen to this, get lost inside, and remember that it always gets better.

Lethian Dreams – “A Shadow Of Memories”