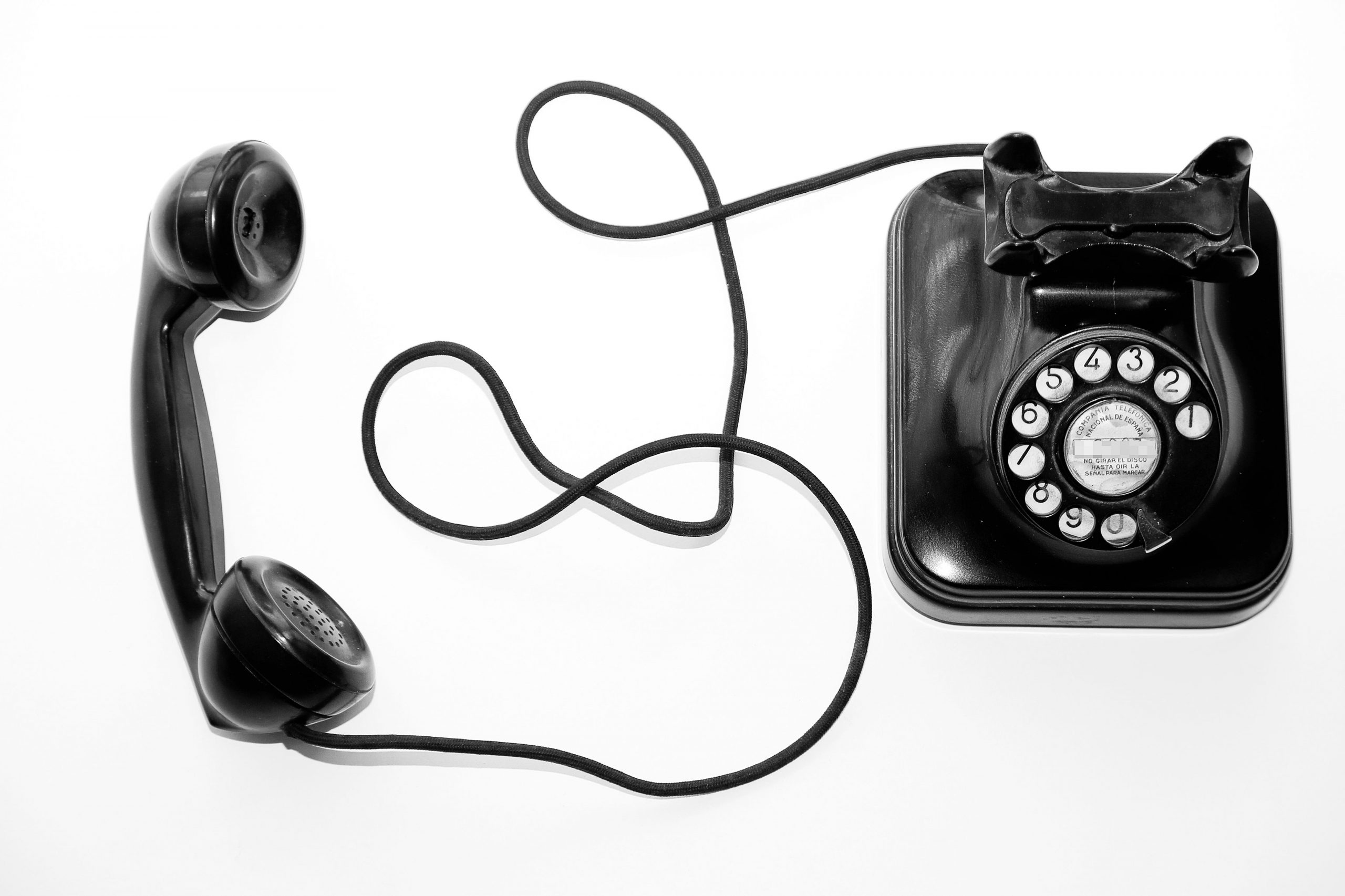 MISSED CONNECTIONS 2: Sorry We Missed You, Leave A Message At The Beep – Part One

By David RodriguezNovember 28, 2019 No Comments

Yeah, Missed Connections is back, y’all. In case you missed us last year, this feature is Everything Is Noise‘s mulligan – writers can go back to an album from this year that wasn’t reviewed here and… well, review it! I mean, we can’t cover all the good stuff in this commonly accepted model of linear time. Since this is the sequel, it’s going to be bigger, grittier, darker, more expensive, filled with gratuitous celebrity cameos*, all the things you expect out of something with a number two at the end.

In this first part, writers Billie, Robert, and fellow editor Jake slap us with some ‘sorry we missed you’ goodness. What do they review? I can’t spoil that – there’s lore to respect! Just read on, and look out for subsequent parts with more music we missed in the coming weeks!

Seizures – Reverie of the Revolving Diamond

2019 has been a wonderful year for mathcore, packed with some truly amazing releases. We got a new record from Car Bomb, the genre veterans in The Number Twelve Looks Like You and many others. Each has their own unique flavor but I’d argue that none is as visceral and mind expanding as Reverie of the Revolving Diamond.

Seizures bring not only an apt follow up to The Sanity Universal which came out some six years ago, but also an album that consists of some of the finest music of this year overall. I honestly didn’t know what to expect from this album when I heard it was out. I knew for sure it will be solid, but I had no idea it was going to be as it is. First of all, if anyone ever told me, ‘hey man, you have to check out this album, it’s basically like a mixture of post-rock and mathcore, it’s awesome’, I would’ve just dismissed that as uselessly eccentric and tasteless. My God, would I have been wrong if I did so.

However, saying that Reverie of the Revolving Diamond is just a mixture of post-rock and mathcore undermines its compositional and tonal diversity. It is that, but it is also so much more. Indeed the foundation is one built out of mathcore elements, but on top of it there is a lot of progressively inclined experimentation which explores textures from the ‘post-’ realm along with various other tinges. It is rather difficult to describe the increments that assemble this sonic monolith. This is due in part to the elegant cohesiveness with which things are laid out but also due to the unpredictable nature of the record even by the genre’s standards.

As I wasn’t even done with my first listen of the album I couldn’t help but notice that the overall vibe is strongly reminiscent of what NERVES did on their self-titled album. There’s an otherworldly psychedelic overtone that is seamlessly woven in the fabric of the abrasive aggression which sometimes evaporates into loose and even blissful turns.

It is breathtaking how things transition from balls-to-the-wall pounding and shrieking dissonances to sparse feather-light melodic textures. Sometimes these transitions may feel brusque; however, across the length of a song, all the ideas are somehow resolved thus, this ‘haphazard’ approach makes sense in the end. This otherworldly character I have mentioned above, transpires across the record with a feeling akin to an oddball dream. I’m not sure exactly what makes it lean more towards an oneiric space rather than a literal other world, but that’s how it feels. In this sense, I am reminded of early maudlin of the Well records and I really love that.

I’d like to take apart some songs or do something in the lines of that, but I’m not sure I understand why is the record even split into songs. It flows so gracefully and effortlessly throughout that it all feels like one great song. Each moment is indeed distinct from the next, making for quite an entertaining and engaging listen, but not in a way that would really need such delimitation.

It would be nice if words did proper justice to what this album has to offer. Unfortunately it would require an exhaustive quantity of words to come close. What I’m sure can be said accurately is that this is one of the most real and immersive records of the year, along with being at the top of the mathcore food chain. Go check it out, you won’t regret it one bit!

In a year that was absolutely jam-packed full of great metal, it’s easy for some to get overlooked for sure. I know I’ve certainly missed out on a ton of great music, even though I’ve spent more time this year listening to music than ever before. But in a year with such amazing metal, Absolution by Ashbringer stood out a lot more than some of the heaviest hitters that have been talked about in most of my music circles. Not to take anything away from any of the awesome music that has deservedly been highlighted in the metal scene, but it’s damn near criminal to me that Absolution isn’t making more waves.

I didn’t even hear this album myself until September, or I would have given it a proper review then. It stands strongly with the most impactful progressive black metal of the year, delivering a ton of diversity over a whopping hour-and-eight-minute runtime. It’s packed full of atmosphere created by dreamy, ethereal guitar with tons of distortion and reverb. Usually albums of this length are really hard for me to get through in one sitting, but I’ve spun through the entirety of Absolution several times since hearing it.

“Wilderness Walk” has become one of my most-listened tracks of the year, both from me excitedly showing several friends as well as just having it stuck in my head constantly. It balances the crashing drums and harsh vocals with beautiful, piercing guitar melodies that slide through riffs with ease. The clean break halfway through the song creates a gorgeous dissonant atmosphere that slowly drifts back into a heavier last couple minutes with a punch. It makes for one of my favorite music moments of the year to be honest.

Oh yeah, did I say dissonance? Because the very next track “Dreamscapes” starts with some of the coolest use of distortion I’ve ever heard in an album. I tend to not be the biggest fan of stuff like the first two minutes of this track, which features only that shrill, dissonant guitar, but it really sets the stage for the tone of the track. Nearly half of this song is a beautiful intro, and when the full band kicks in and the first major riff takes off, sometimes I nearly forgot what I was listening to and it blows my mind just how good the song composition is. Like its preceding track, it has an incredibly powerful outro that sinks its hooks deep into you.

Ashbringer has really come a long way since its inception. What started as a one-man black metal project has evolved into a four-piece group, and their sound has come a long way. Absolution has a ton more melody than their prior two albums, and the dissonance gives it a gazey, post-metal vibe that suits it incredibly well and really pushes it beyond what they once were. This is a band I was reasonably familiar with before, but didn’t love enough to get around to their new album for a couple of months. I deeply regret sleeping on Absolution at all, and I’m glad I have this opportunity to show it some love. If you haven’t gotten around to hearing this yet, make sure you do so before the year ends! It could really shake up an end of the year list.

Black metal is a branch of the extreme metal family tree that remains one of the most versatile, with each year seemingly proving that point more thoroughly. This year has been a bit quiet on the black metal front for me personally and while there are some records that I clung to as the months passed, there was one that I could not shake. Antichrist Rise To Power by Canadian black metal outfit Departure Chandelier is one of the more interesting takes on the genre that I have heard all year. As for the name of the band, well that’s also the most unique thing I have seen all year. The self-proclaimed ‘Napoleonic War Black Metal’ act sticks to the tenants of the genre with low production values, raspy vocals, and a distinctly menacing vibe. There are also some light synths that add a mild symphonic feel at times, giving the songs a grand mood without losing any of the edge.

“Intro (Napoleon’s Sword)” opens Antichrist and is a perfect atmospheric hook. It’s essentially a dungeon synth song with clanging chains and a moist, depressing atmosphere. This one is easily the most apt intro track I have heard all year. “Life Escaping Through the Candle’s Smoke” is the first taste of what the album will feel like from here on out, and man, is it gnarly. The mid-tempo pace with lackadaisical drumming is just charming as hell as it manages to be both groovy and unsettling at the same time. The same formula pervades in the following tracks and that’s not a complaint at all. “Catacombs Beneath the Castle of the Marquis” is a bit speedier than its predecessors and at times makes riffs out of chord changes: classic.

“Departure Chandelier” (yes, there’s a song named after the band…or vice versa?) slows things down to a dirge at the start with some rudimentary lead guitar work before erupting into all-out chaos. It’s easily the most cathartic song on Antichrist with the dynamic of the chant-like marching pace of the first few moments standing in stark contrast to the aggressive trem picking that follows. While the themes of the lust for war by a megalomaniac are present, they’re hardly intelligible in the vocal delivery, but having the specific song titles – such as  “A Sacrifice to the Corsica Antichrist” for example – help on selling the atmosphere and genuinely enhance the mood from start to finish. “Re-Establish the Black Rule of France” is the penultimate track that is the perfect marriage of Departure Chandelier’s dungeon synth leanings and aggressively traditional black metal. In fact, I would say it’s one of the finest black metal songs that I have heard this year, as far as my personal tastes are concerned. The mid-tempo riffing is cyclic and bathed in tradition and given the placement of the song on the album’s tracklist, the air of finality hits the nail on the head.

As the organ from the outro rings out, it’s difficult to come away from Antichrist Rise to Power unimpressed. Everything feels quite deliberate and in its place, with the right amount of focus and emphasis placed on what matters; the atmosphere. Black metal, regardless of which offshoot, succeeds or fails on mood, and by god, Departure Chandelier nails it here. There’s nothing flashy here, nothing that revolutionizes the genre, but it’s a genuinely transportative experience that any fan of the genre shouldn’t miss.

*Uh, if any celebrities wanna join, just go to our contact page