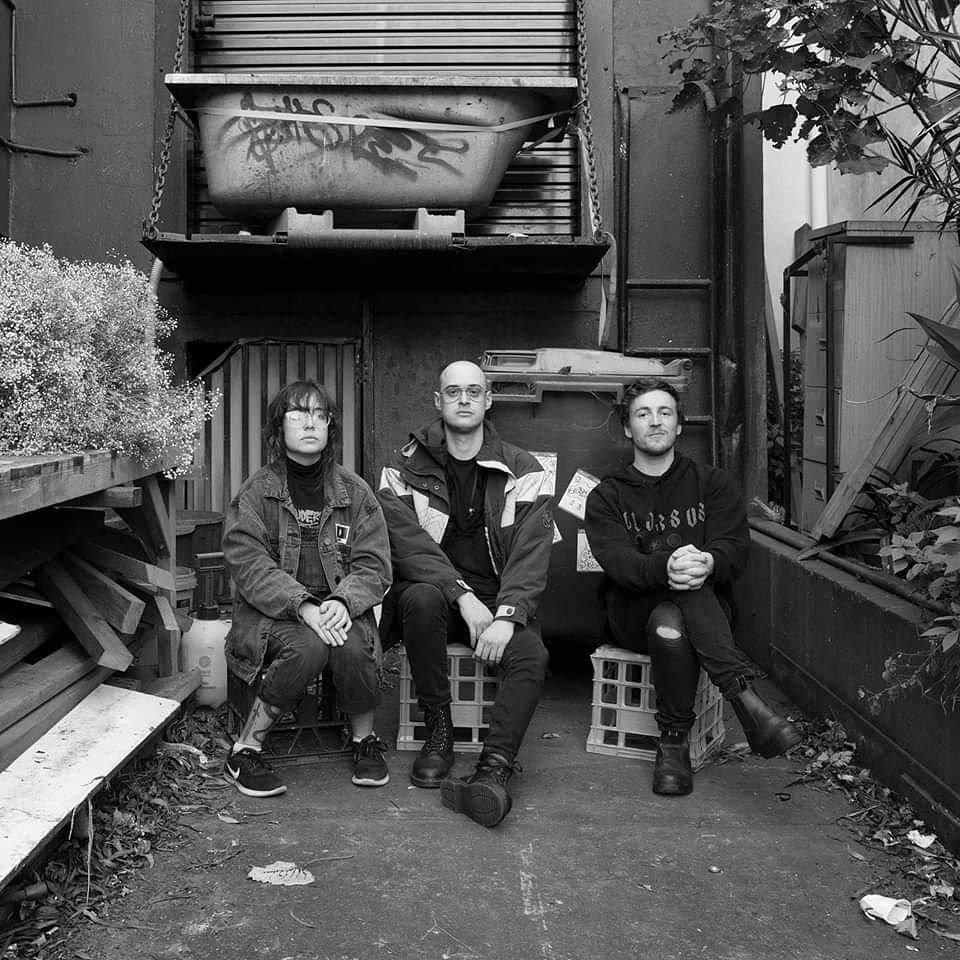 By Pete OverellNovember 28, 2019 No Comments

In one of the noisiest and intense records of the year, Diploid unleash all hell upon the listener, doling out fistfuls of aggressive mathcore and metal, supplemented with experimental layers that will blow your mind.

When I picked up Diploid, I’d completely forgotten the magnitude of sound the genre tag ‘mathcore’ adheres to. My mind was thinking more about The Fall Of Troy or The Dillinger Escape Plan, and not artists like Ion Dissonance. When I gave their new album Glorify a spin, I was initially taken aback by the violent riffs the band drive through their music, before succumbing quite happily into the insane noise of the record. Not for the faint of heart, Diploid have been notching quite an impressive total of records/EPs since 2013, and Glorify is a fine addition to this wild collection.

Diploid are a three-piece from Melbourne, Australia; over the last years, they have been building quite a reputation. Having signed to Art As Catharsis in 2016, this is their third record with the Australian label. Being on AAC is, in and of itself, an advertisement of sorts that the band is top quality, and you’ll hear in the record that said quality does persevere throughout. Looking back at their previous work, I was floored by how sane this record is compared to the tracks on Everything Went Red, which takes the listener to the depths of Tartarus and back again. The bonkers vocals and heavy riffs are still prevalent, but Diploid employ significantly less noise on this record.

Glorify, like many math- or hardcore albums, clocks in at a casual twenty-three minutes, potentially the shortest album I’ve heard all year. You’ll find yourselves six songs deep within seven minutes, but those are a damn good seven minutes. “Intrusive” is very much a intro track, with effects and static noise used to begin with, before the band smash into a section that sounds like it was heavily influenced by black metal – hardly a way you’d expect a mathcore album to start!

That illusion is shattered as “One-Minute Cure” drops, a track that does introduce said mathcore in full force, Diploid relentlessly thrashing at chords and spinning dissonant math riffs across their sonic plateau. Twenty-five seconds later, next track. When you don’t stare at the counter ticking by, however, you’ll find the next few songs blend rather nicely into one another, them being distinctly different from one another but coupled well by the band. In some tracks they introduce more groove in the guitars, while on others they delve into their more experimental and even slightly grindy sides. “Daisy’s Red Room” has a fat riff that breaks out after a great build-up, showing that the band aren’t all about laying down pure madness.

Further into the album we’re treated to longer tracks that flesh out the band’s sound more and let them experiment with dronier sounds. The excellent single “Homicidal Art” is another cracker, a bouncy track with great vocals. As you blast towards the tail end of the album, Diploid throw out more and more savage noise at you. The end of “Dissolve Me” quite literally dismantles the chemical bonds that bind the bones and flesh in your ear canals. I can’t say I’m a big fan of this kind of music, but I think fans of acts like Igorrr will enjoy this record, purely because of the brilliant blending of genres Diploid have a mastery of.

This will be one of those records I drop on when my mood is hot and I want to listen to furious thrash, intricate yet pounding mathcore riffs, and vocals that could easily fracture a glacier. It is probably the craziest record of my year that I’ve listened to, and it reminded me that I do like this kind of music and need to get back into the discographies of some of the more depraved mathcore artists around. Make sure to give Glorify a listen as well.