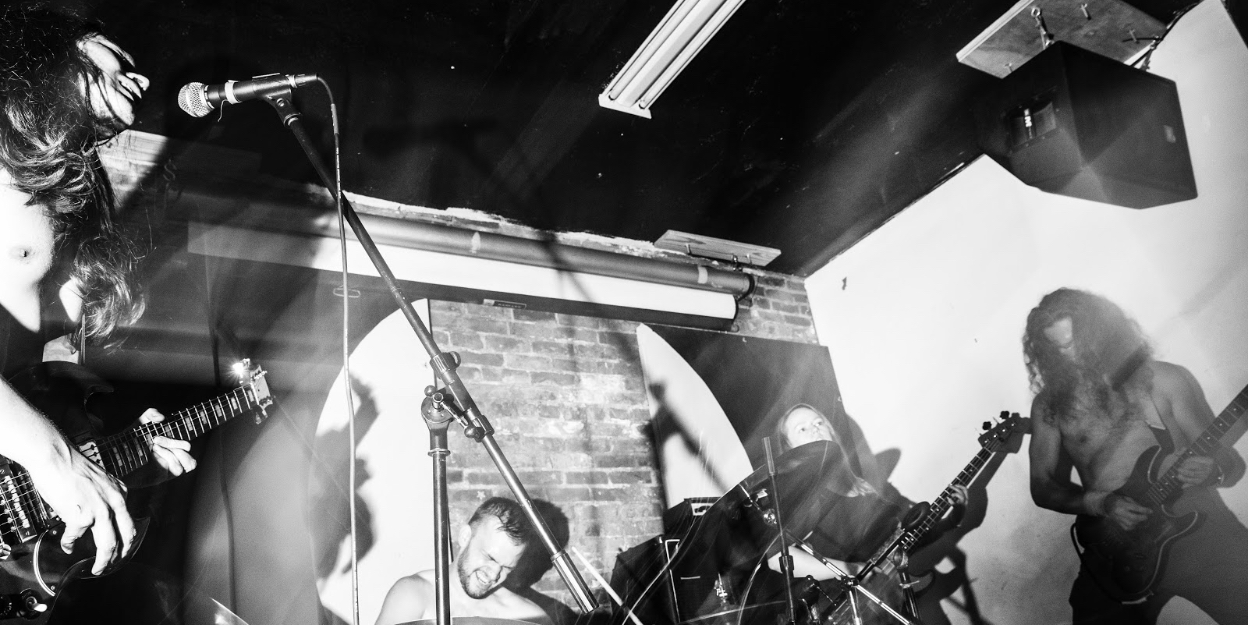 Showing more diversity than ever before, Liturgy’s new album H.A.Q.Q. uses black metal elements to create cohesiveness among the chaos.

The brainchild of Brooklyn-based Hunter Hunt-Hendrix, Liturgy came into being as her black metal solo project in 2005. Expanding to a four-piece in 2008, the band has released four albums and one EP, the most recent album, H.A.Q.Q., having been unleashed on the unsuspecting fan base on November 12, 2019.

And what an unleashing it was. Listening to the album is like balancing on a wobbly stool, trying to reach something on the top shelf, never quite getting there, but being very aware the entire time that you could fall. At certain points, it feels as though the album is about to self-destruct, contorting to the point of almost combustion. There’s an immense feeling of fragility, of vulnerability, but also hope and expectation, the painfully self-aware Hunt-Hendrix knowing that, without this vulnerability, she can’t grow.

Liturgy’s 2015 album, The Ark Work, was heavily centred around this mythology. On H.A.Q.Q., it becomes easier to take it or leave it, with the concept being more based in emotion, sexuality, and religion than intricate lore. Fans of Liturgy’s earlier work, like Renihilation, will be pleased to hear that H.A.Q.Q. definitely makes a conscious return to these roots, but it should come as no surprise that it still is firmly not a black metal record. “VIRGINITY” is easily the most ‘traditional’ black metal track on this album, and even that’s not saying much – all other songs should be listened to with a very open mind.

Tracks like “HAJJ”, “PASAQUALIA”, “GOD OF LOVE”, and “HAQQ” combine black metal influence with stuttering breakdown sections and digital glitching, melodic vocals reminiscent of Devin Townsend and Muse, and almost symphonic progressive elements. The inclusion of traditional Japanese wind instruments as well as glockenspiel, vibraphone, and strings add texture and interest; H.A.Q.Q. is, although occasionally assaulting, certainly never boring. If you let it, this album can become one hell of a ride, from the chaotic opener “HAJJ” to the extremely confronting, but at times pleasantly goosebump-inducing title track.

When she’s not reaching for things just beyond her grasp, Hunt-Hendrix is only one thing: angry. From her delightfully tortured screams in the opening track, “HAJJ”, to her furious vocal delivery at the climax of “HAQQ”, the anger never disappears, merely slumbers, becoming unnerving, anxious noises in quieter tracks such as “EXACO II” and “EXACO III”, and raw black metal fury at the beginning of “VIRGINITY”. It often feels as though the music itself is secondary to the emotion contained within it.

H.A.Q.Q. is the logical next step from The Ark Work, using musical ideas from Liturgy’s earlier work and twisting them into a new beast altogether – this amazing, diverse, unnerving, at times pretentious, but strangely fascinating album. Listeners who allow themselves to submit to the chaos that comes from the beauty and anger will not regret it – this album is truly an exploration of human emotion, and what it means to be vulnerable, and hopeful.