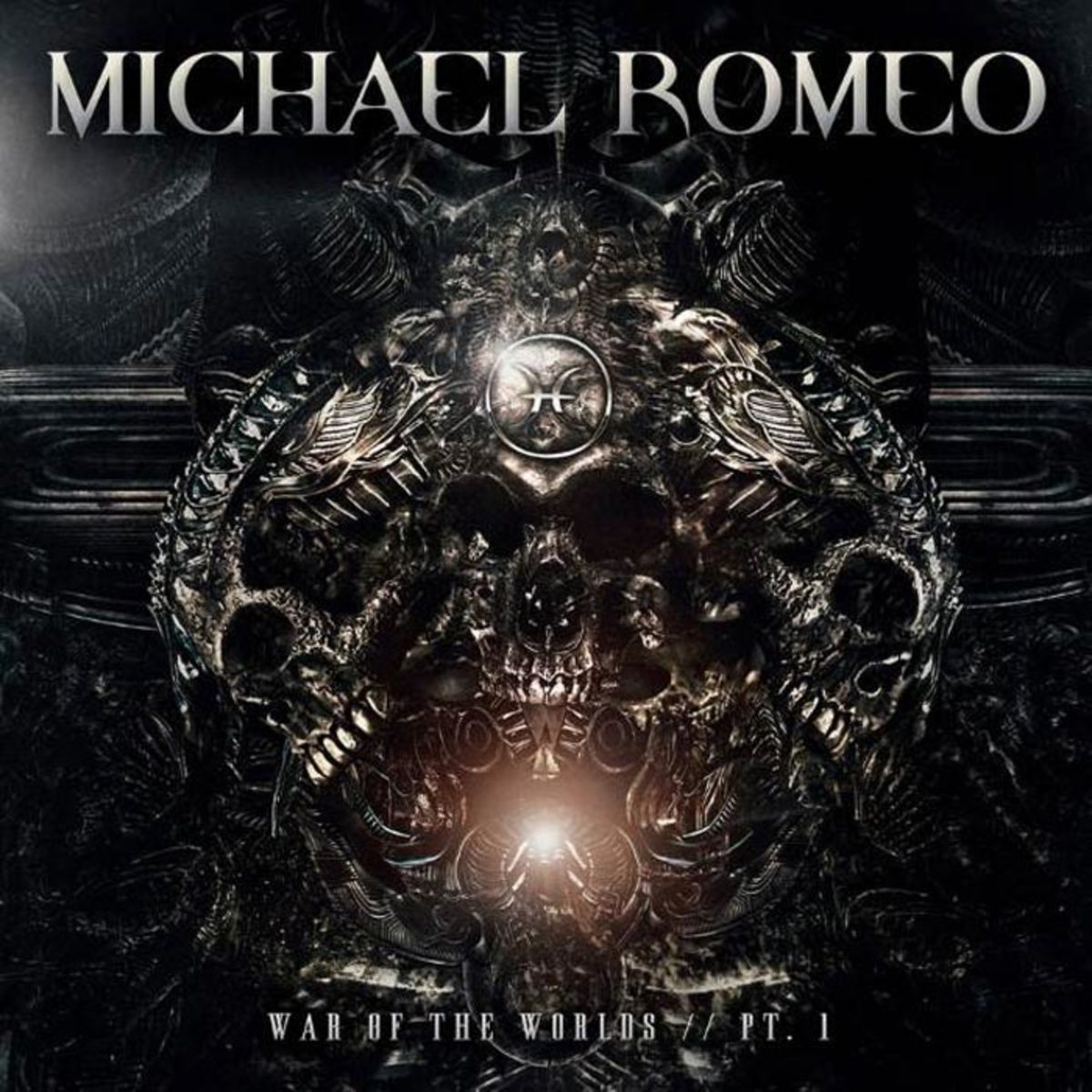 By David RodriguezAugust 23, 2018 No Comments

Michael Romeo‘s first solo album in almost 25 years is well worth the wait. War of the Worlds, Pt. 1 is the beginning of a brilliant opus for the already accomplished and respected neoclassical guitarist.

Never being a fan of Symphony X, more for lack of trying than any form of dislike, this is really my first head-on exposure to Michael Romeo‘s work. It’s epic, neoclassical, and detailed. That extends well past his own guitar work into the composition as a whole, and for as good as the guitars are on this album, there’s a lot more to revel at here. Everything works so well together; it’s a textbook example of how good more palatable, hardline metal can be by embracing some cheesiness and letting loose without becoming overwhelming or parodic.

Romeo‘s desire to create a cinematic feel with his music takes you a wild journey. For instance, “Djinn” is a mystical song carried by West Asian melodies. The instrumental break in the middle gives me chills every time I hear it. It’s here that the orchestration is truly cinematic. Likewise, other tracks like “Fear the Unknown” utilize this approach. On these songs and others, there’s enough sweeps, arpeggios, and other furious fretwork to make Yngwie Malmsteen raise an eyebrow. For as impressive of a command that Romeo has over his instrument, it’s quite telling that he knows exactly when to rein things in for the sake of melody. A lot of the standout moments have him driving songs

Piano provides moments of whimsy and suspense on the power-prog monstrosity “Believe”, which is one of the biggest tracks in scale, and the longest on the album. It’s like the opening of a damn Harry Potter movie.  Following this song up with the more upbeat and energetic “Differences” was a wonderful choice. It’s a moment of shreddy catharsis from the buildup provided by “Believe” and its pensive progression. War of the Worlds, Pt 1 just has exceptional pacing and payoff for being a rather indulgent album.

The biggest surprise on the album is “F*cking Robots”, which has a huge electronic presence. The production smacks of reserved dubstep, robotic hums, and synths. Although it has clearly outlined segments and some vocals provided by Rick Castellano (as with the rest of the album), it functions a lot like an interlude packed with extras. It breaks up the larger first and second sections of the album much like “War Machine” splits up the second and final thirds of it, though the latter is fully instrumental and more deserving of the title of interlude. These tracks are truly more than meets the eye.

Speaking of Castellano, apparently this guy is a relative newcomer as a singer, but he’s no novice. Throughout the album, he belts out the album’s story with a vocal style that’s quite complementary to the music, making use of varied timbre and solid range. I truly hope his performance here gets him more work. This is also a testament to Romeo‘s creative shot calling; taking a chance on a new vocalist is something unheard of, especially when someone of his stature probably has a phone contact list that’s a who’s who of metal vocalists and other musicians who sing.

It does feel weird judging War of the Worlds, Pt. 1 because it’s just that: the first part. It’s technically incomplete, but still stands so well on its own as an album and cohesive piece of fun, feel-good metal. Though the scope of this record is grand, I can’t help but feel like the most climactic and impressive moments have yet to come. Romeo weaves suspense well and I look forward to seeing how the rest of this story plays out. This is an epic setpiece that fans of progressive indulgence can’t miss.