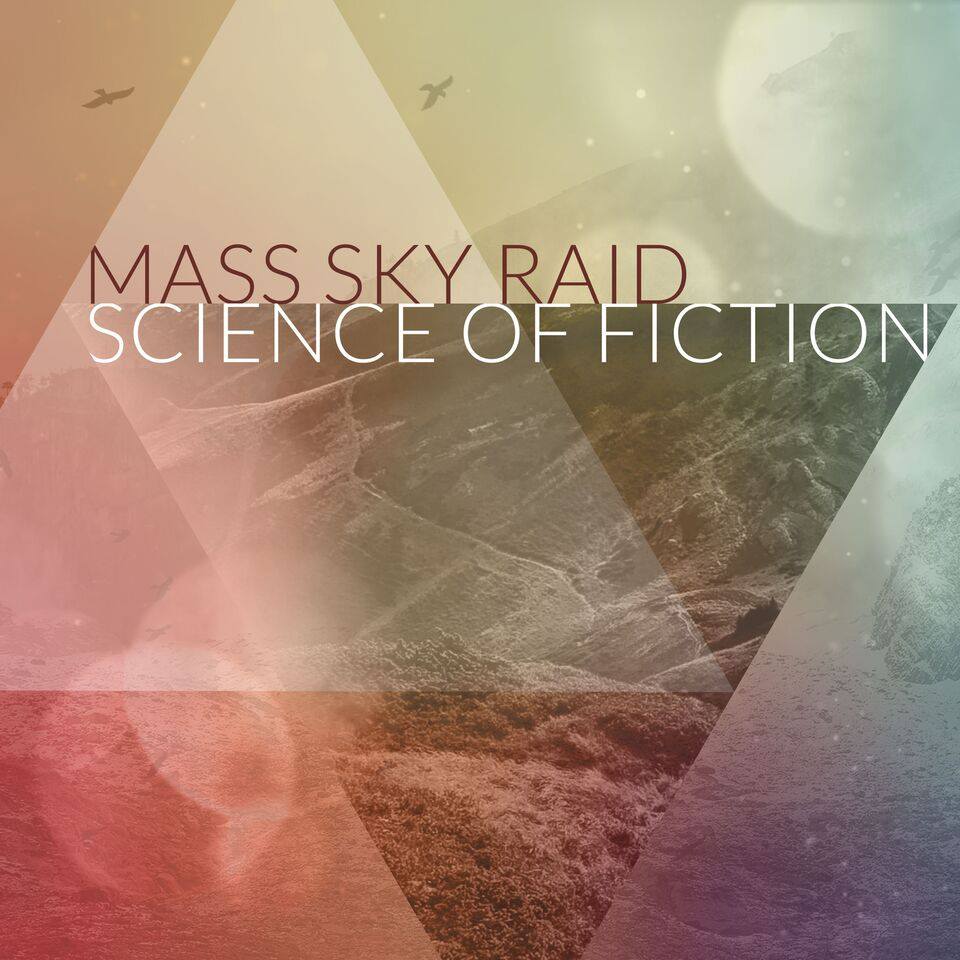 Mass Sky Raid’s Science of Fiction is an atmospheric rock release that will appeal to fans of both more mainstream and progressive strains of the genre.

So much of music seems to be about balance – creating an interesting, but cohesive melange of elements, or ensuring all instruments have space in a mix. Striking a musical equilibrium is impressive, but I think there’s also something to be said about creating moments of discord – throwing a perfect cadence into chaos to create a something unexpected, with tension and resolution. Australian progressive/alternative rockers Mass Sky Raid create a wonderfully balanced album with Science of Fiction, but does it ever risk stability for excitement?

Delay-heavy guitars are reflected across the stereo spectrum on Science of Fiction’s opener, “Mirrors”. This ambient introduction is quickly met with syncopated drums, an enjoyably unexpected counterpoint bassline, and vaguely familiar, ethereal vocals. Right away, the music is evocative of the atmospheric rock of Dan Tompkins-era Skyharbor and a more straightforward Karnivool. The song is a solid and innocuous welcome to the album, displaying the catchy hooks, riffs and restraint that dominate Science of Fiction’s ten tracks.

Though “Mirrors” is an effective first offering, it only hints at the rest of what the album has to offer. “Sacrifice” incorporates some subtle industrial electronics into the aforementioned blend of syncopated drums, dancing guitars and stellar singing. Guitarist Alex Kewley shows his deftness in serving songs; he’ll make space for Cameron Dobinson’s bass to carry a section and support it with nuanced melodies at times (“Chemical Design”), while at others providing some acceleration to driving, riff-based tracks like “This Moment”. On the opposite end of the spectrum, the aptly titled “Dream” explores some refined, retro-leaning electronic soundscapes to complement vocalist Adam Lomas’ dynamic performance. “Ocean” washes over us with waves of delayed guitars before flowing into a powerful chorus, ending the album on an epic note.

Mass Sky Raid have an obvious attention to detail that makes seamless stitches between all the elements of their sound. Because the band establishes a formula that works early on in the record, I was concerned that the entire album would carry in this vein. And, arguably, it does – concise song structures, catchy and driving choruses, delay heavy guitars and groovy percussion are present in every song on Science of Fiction. However, by alternating between rock riffs, echoing soundscapes and subtle electronics, each song is given enough character to differentiate between tracks, if not enough for them to move into groundbreaking territory.

Each song on Science of Fiction is well-produced, streamlined and catchy. Further, the album sounds excellent, with organic drums, a variety of guitar tones, present bass and effectively treated vocals. As a whole, there is some repetition of elements, but enough variation exists to maintain interest through the record’s thirty-nine minutes. And, while this record’s somewhat safe approach to atmospheric rock won’t necessarily take the genre in a new direction, it’s enjoyable and takes no missteps.