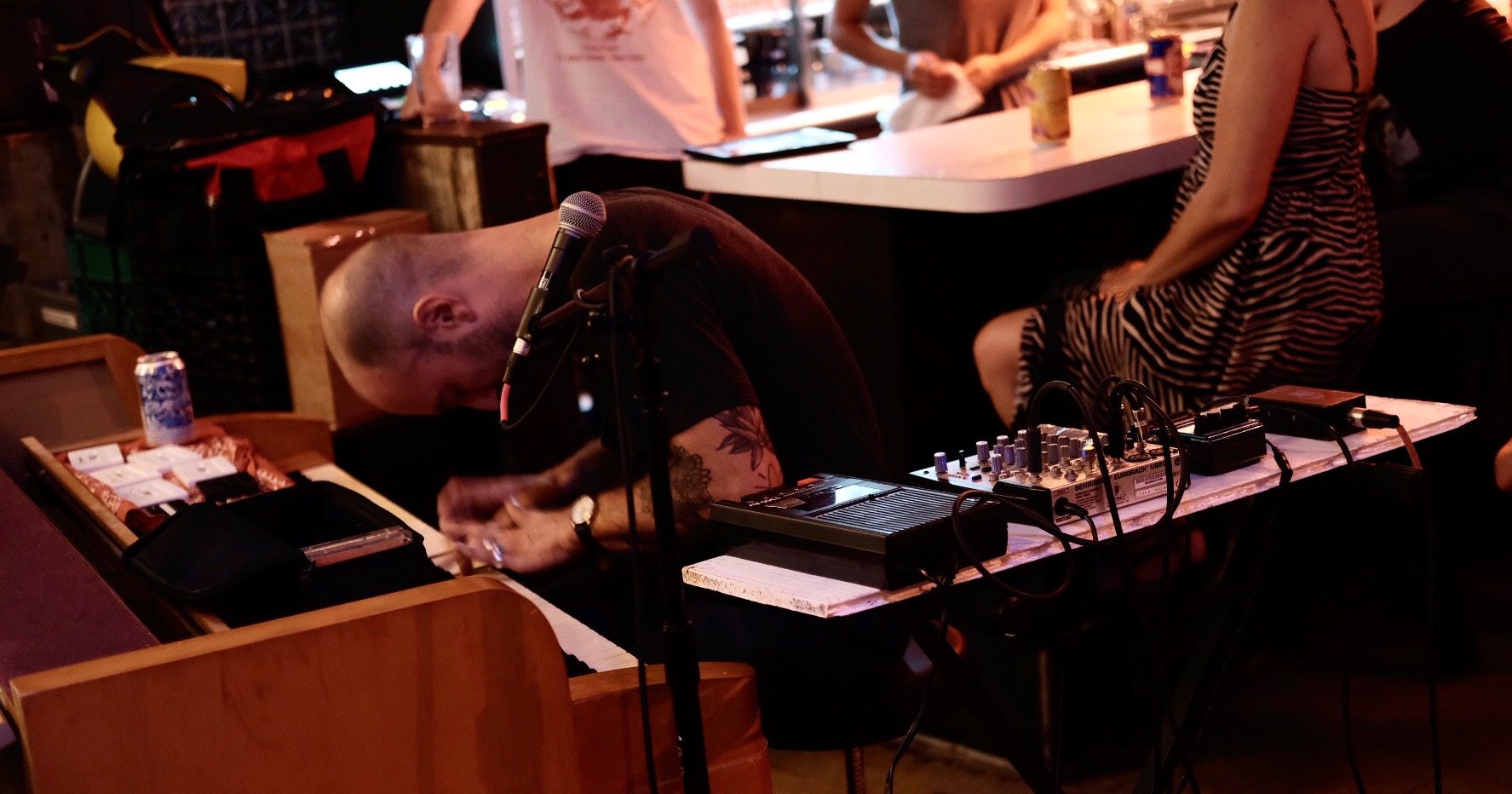 Acknowledgment is a curious but nevertheless compelling study of the 21st century human condition. Subtle, sparse, yet haunting in its poignant intricacy, this is a truly commanding debut from sound artist Mark Trecka.

I’d like to start this review by simply stating that Acknowledgment is not like most albums you’ll hear. The debut album by renowned sound artist, activist, and writer Mark Trecka is perhaps more akin to a performance art than a simple musical release, its motivations and metaphysical concepts intrinsic to the album’s intended experience.

Constructed with but three instruments (Trecka’s sonorous vocals, a piano, and an assortment of handmade cassette loops), Acknowledgment indulges in this restrained palette by composing a series of poignant tableaux, each marked by subtly diverse timbres and soulfully composed instrumentals. The focal point throughout however, is Trecka’s poetic lyricism and resonant voice. It’s an album of sagacious meaning that concentrates attention onto what Trecka says atop a mournful, and at times ominous, musical foundation.

‘Acknowledgment is presented here not as some kind of moral high ground, but rather an elusive action that runs somehow deeper than recognition. How do we acknowledge our deep interdependence upon one another when faced with the ever increasing atomisation of modern life?‘

With each track offering a different representation of Trecka’s outlook, there are many instances of diverse meaning within each musical moment, whether they be relating to the aforementioned concept of Acknowledgment with regards to his personal life, or in reference to much wider-reaching ideas. Take “Wave Games”, for example: the closing track is thematically multi-layered in its introspective recollection of a poignant memory of Trecka’s, a visit to the beach with his young son, whilst also exploring the idea of the ocean as a conduit between nations, people, war, and peace. Meanwhile, “A Sea of Tents” is somewhat more direct as it mournfully examines the circumstances of stateless persons.

At no point is the album direct in its intent, and certainly the lyricism and tonal direction leave a great deal to the imagination. The subdued musical palette offers a foundation from which to conjure images spurred on by flashes of direction in the lyricism. In “A Sea of Tents”, much of its communication comes through the organic piano atop repetitive mechanistic digital loops. The dichotomy between these two elements begins to reflect the harsh contrast of subjects explored throughout, the juxtaposition of humanity and cruelty, of connection and separation.

Even if you don’t find yourself engaging with the profound and at times challenging subject matter, there is still a deeply engaging facet in its musical coherence. Trecka’s voice is soothing as it washes over delicate layers of piano and subdued sonic landscaping. Each track moves gradually from one point to the next, leaving the listener suspended but never weary of its steady pace. I will admit that my first few listens were dedicated entirely to the music in its aural capacity; it was only after several reruns that I began to familiarise with and explore their thematic meanings. With that being said, my appreciation from this point onwards only grew, as I found myself growing evermore connected to its bittersweetness.

In all, Acknowledgment is certainly a challenging listen in that its ideas can be difficult to comprehend without dedicated attention, and the album certainly poses more questions than it does answers. Nevertheless, it’s a profoundly intriguing piece of work that makes an inspired use of minimalist instrumentation and compelling composition from the already renowned sound artist Mark Trecka. I would argue that this album deserves the greater time and effort required to fully engage with its ideas, as the more I listened, the more my mind began to open, and the more I began to appreciate the haunting ideas held within.