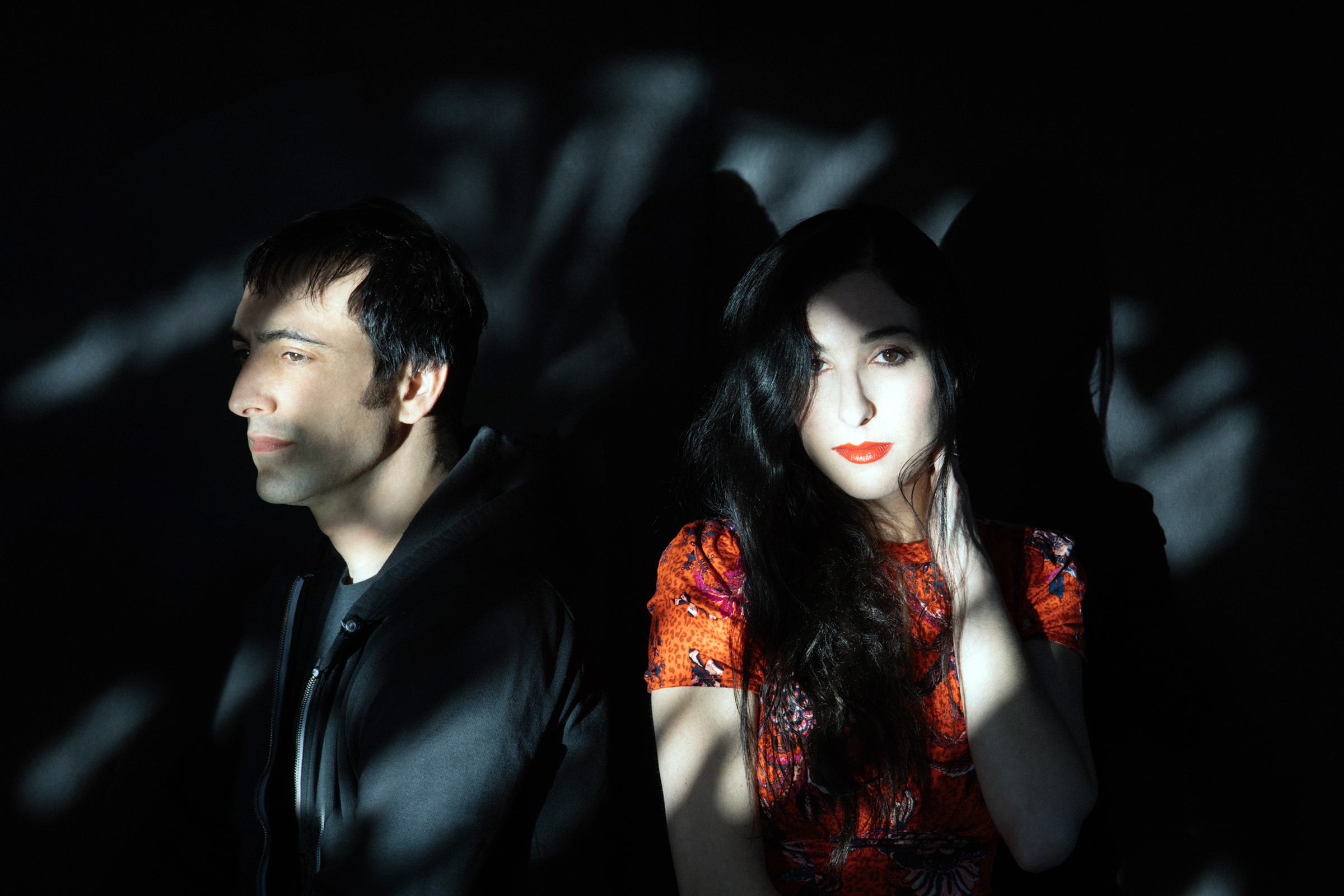 Droneflower is a charming, chilling set of songs that spring from a surprising but compelling collaboration.

When I saw that Marissa Nadler was teaming up with Stephen Brodsky for a record, I was enthralled. I was also very curious as to how the collaboration would end up sounding, as these two approach music in very different ways. When I gave Droneflower a spin for the first time, I was genuinely surprised at just how moody and dismal the final product was. With the frontman of Mutoid Man being involved, my expectation is that there would be some ‘fun’ moments sprinkled in here and there. Nope. The ride in its entirety is murky and melancholic. After reframing my expectations, I listened again and things began falling into place and its charms began to take hold.

After the introductory track, “Space Ghost I”, the somber and dissonant “For The Sun” begins and the contrast between the chugging guitars and gothic gospel vocals begins to make a lot of sense. The noisy soundscape that serves as the backdrop rounds out the atmosphere and puts a nice bow on the song. It’s a great first taste of what’s to follow and shows that this mind meld between Nadler and Brodsky is unexpectedly brilliant. There’s also a homespun quality that permeates this song as well as the rest of the record, which adds a captivating relatability. This, of course, makes sense given the recording of this project took place in both artist’s home studios.

The first song that the two wrote together is “Dead West” and its lo-fi and folky vibe makes for some enchanting music. Nadler’s vocals are pushed much further up in the mix and are absolutely drenched in effects, creating one of the most cinematic songs on Droneflower. The production is a little rough on this song, but again, I don’t think it’s a detractor. The classic Guns N’ Roses song “Estranged” is given similar treatment and the transition from metal ballad to this intimate, haunting folk song, is really mesmerizing. If this doesn’t end up as the end credits song for a TV show or movie, I’ll be very surprised.

By the time we reach this point in the album, I was ready for a little change of pace personally, as most of the songs so far have been sitting in the same general pocket. Thankfully, along came “Shades Apart” with its more melodic structure, and rich harmonies. While it’s a brief track to be sure at just under three minutes, it’s the equivalent of coming out of a gorgeous, but slightly disorienting fog. This brevity serves the entire album as well, with most songs being around three minutes, the pacing is kept at a nice trot until the closing track. “In Spite Of Me” is a nice cover of the classic Morphine track and concludes Droneflower in a simple, but lovely fashion.

Collaborations are always a nice place for the artists involved to spread their musical wings and try things that their main projects aren’t quite suited for. It’s hard not to see that Marissa Nadler is operating in a more familiar space here, but the songwriting, tone, and general mood of the record is something that is pretty special. There’s no denying the charm that Droneflower possesses. From start to finish, it’s a showcase of both talents that made it and shouldn’t be missed.