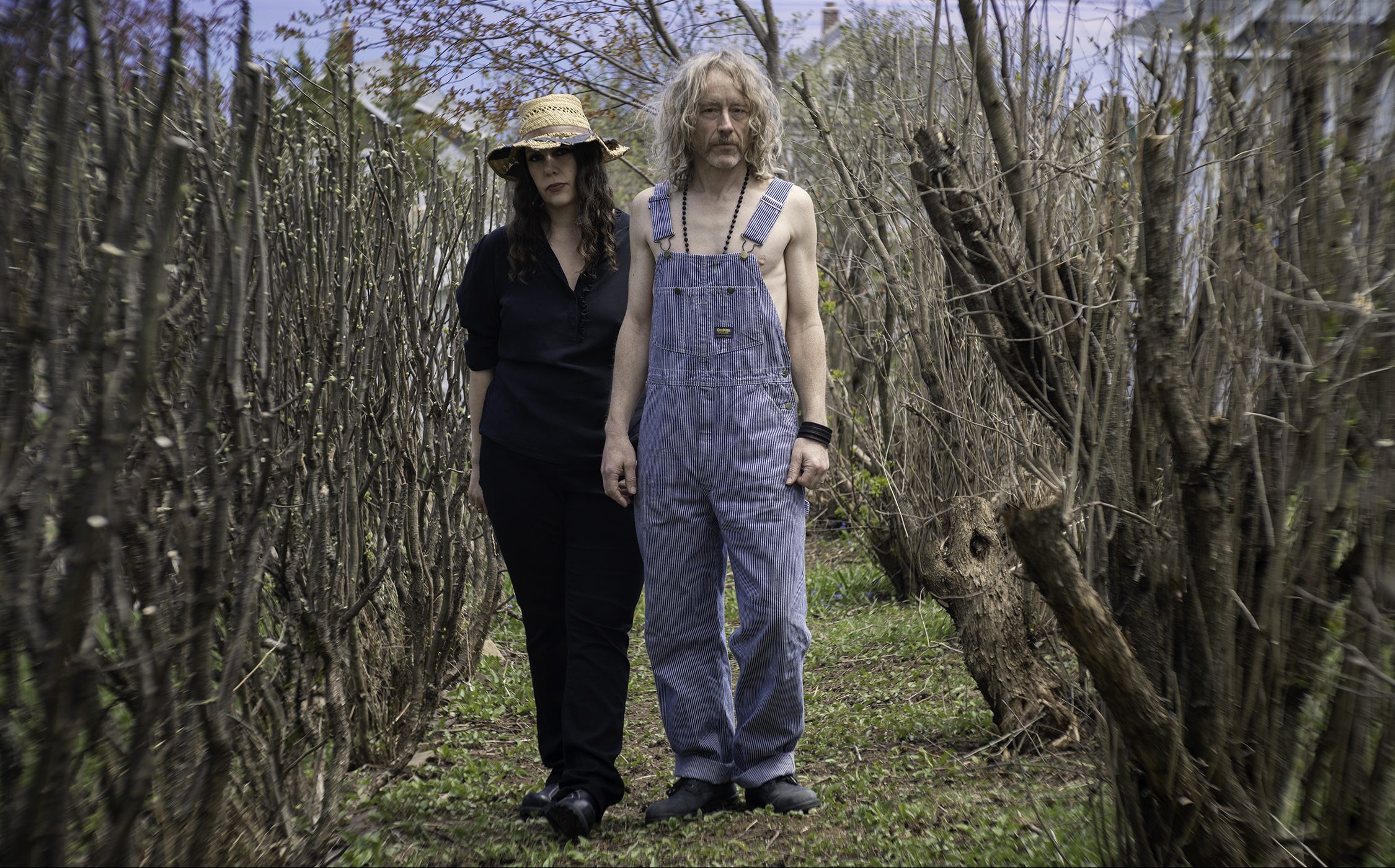 By Dominik BöhmerSeptember 8, 2021 No Comments

Beneath the nondescript, furrowed grey cover of Hey What lies the best experimental rock record of the year. There, I said it.

Before we start this review proper, I would like you to ponder the following question: how many bands or solo artists can you think of that entered their most creatively challenging period more than 20 years after their debut? I realize that this is a question loaded with history, so I will give you a few minutes to reflect on it. Maybe listen to the single embedded below while doing so, and get back to me once you’ve finished.

‘What does it cost you to give it away?’

Welcome back! So, how many names did you come up with? Not that many, huh? I didn’t fare any better, honestly. Which makes it all the more impressive that Duluth, Minnesota natives Low did actually do so with the release of 2018’s Double Negative, transforming their slow, emotionally resonant indie rock into something a lot more existential and postmodern in nature. And it’s not even like this change was impossible to predict; I’d wager that ever since their fantastic 2007 release Drums and Guns, their shift into heavily experimental territory was clearly telegraphed – I think it just took them a while to perfectly articulate what they wanted to achieve by entering this trajectory. Well, now they did.

Hey What picks its stylistic coordinates from the same set of parameters as Double Negative did three years ago, bringing back producer BJ Burton and continuing to refine the approach the band took with the latter album. And by ‘continuing to refine the approach’ I mean fully committing to and going even further with it than ever before. A colleague of mine here at EIN said that Low are ‘basically a noise rock band’ now, and I find it hard to disagree with that assessment. Not in the traditional, maximally overdriven punk rock sense of the genre, mind you – I’d say it’s more of a creeping blend of ambient noise, drone, and industrial that seeped into their signature indie rock formula over time.

‘You never wanted it any other way’

Imagine feeding an AI dozens upon dozens of Romantic era paintings and then telling it to assemble a painting of its own, based on the information it gathered from the examples you gave to it. I would argue that you’d receive an image that’s eerily familiar, perhaps even quaint and beautiful in the same ways as the original paintings, but inescapably contorted and unsettling in its strange reassembly of the tropes and scenes you’re used to. This current era of Low carries that same weight, that same effect: it rearranges their quiet but powerfully arresting slowcore (a label the band themselves admittedly despise but I will keep using to illustrate my point) into something deeper, more haunting, more psychologically gripping. It morphs their music not beyond recognition, but enough to move it decidedly towards the uncanny.

That’s not to say that in flexing their experimental muscle, Low forgot how to write those unbearably beautiful melodies that we’ve come to love them for; hell, I could easily argue that the opposite is the case, that they wrote some of their finest, most poignant ones for Hey What. You’ve heard “Days Like These”, you’ve heard “Disappearing”, and you’ve heard “More” – you can’t tell me that those aren’t damn fantastic songs. Yet there lie moments scattered across this album that are sublime beyond belief, even for seasoned Low veterans; you will hear them and know exactly what I was talking about, I bet you $100 you will.

Problem is, I am so terribly, painfully afraid of giving any of these away, to the point where I don’t even want to vaguely allude to their placement out of fear that I might ruin that precious moment of discovery. So I won’t. Believe me, you will thank me for my inhuman feat of restraint once you get your grubby hands all over Hey What.

‘Maybe that’s the last thing you should say’

Over the time I’ve spent with it up to now, Hey What has proven itself to be yet another radiant jewel in the Low pantheon. While I can’t say that it’s their best work overall (my strong bias towards The Curtain Hits The Cast physically won’t let me do that), it’s absolutely the best of their experimental records, and that’s no mean feat either. Hey What is, as matters stand, the perfect intersection of Low’s melodic talents and abstract know-how, and it won’t be an easy act to follow. This is an album that will make people go ‘Hey, what?’, and I think that’s wonderful.