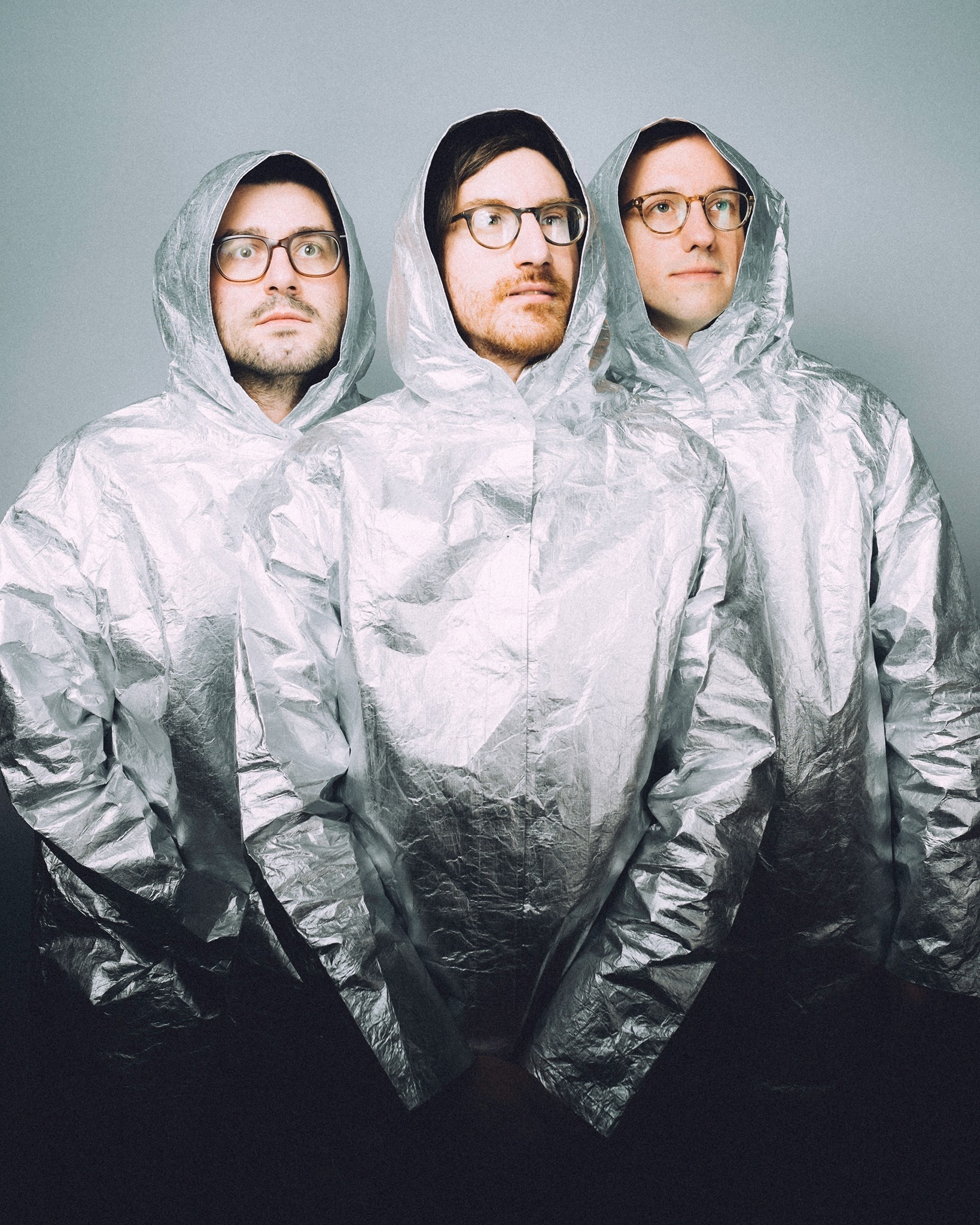 By Landon TurlockSeptember 9, 2021 No Comments

On Future Suits, Pet Symmetry eschews some of the most familiar pop punk and pop rock tropes of our current milieu in favour of a fun and experimental, if not always consistent, mixture all their own.

The lines between genres are becoming less defined over time, and I’m far from the first to say it. The broad category of pop punk/pop rock/power pop is no exception. However, even with the vast amount of ground covered in this melange of genres, most bands either gravitate towards the muscular easycore/hardcore-tinged variety of State Champs and Calling All Captains, or the electro-pop/hip hop that artists like Machine Gun Kelly tote. What immediately stuck out to me is that Pet Symmetry‘s Future Suits is not concerned with or confined to the current tropes of the genre. Sometimes these forays land well, and other times they end a little awkwardly. Still, the adventurous spirit of the album is commendable throughout.

Future Suits opens with “Simply Irresponsible.” If you closed my eyes and asked me to guess the artist performing, I’d almost say late-career Weezer. Maybe the mix of distorted guitars, playful synths, and slightly nasal vocal performance would lead you to a similar conclusion. As the song progresses, we get more of Pet Symmetry‘s pop-punk rhythms and unique vocal timbre, as well as their penchant for varied hooks. The song makes for a strong opener and sets the tone for a generally well-structured and energetic album.

Where Pet Symmetry gets decidedly, but maybe needlessly, experimental is on the fourth track: “Pet Sympathy.” It opens with some expected snares and wordless hooks before going into a feature I never expected to encounter on a pop/punk album – a bossa nova rhythm. On the first few listens, I really thought this unexpected beat took me out of the track. However, the instrumental arrangement of this number is admirable in its ability to pull together two incredibly disparate genres into an entertaining, if not fully cohesive, whole. Where the song falls short is the vocal melody and harmony; these elements perch uncomfortably on top of the bossa nova beat until they find their footing again later in the more rock elements of the track. This foray is undoubtedly bold but could have benefited from additional polishing to reach its unique but not unpleasant potential.

The rest of the album is considerably safer, occasionally moored down by some uncomfortable disconnects between vocal melodies and instrumental arrangements. But, thankfully, there are a lot of high points. An example is the amazingly named “2021: A Personal Space Odyssey” which captures, at least to me, some of the challenges of this past 18 months of isolation, but in an energetic way that pulls from both intimate pop punk a la A Will Away and classic rock staples like harmonized guitar lines. “Window Pain” carries the album’s energy a little further before the two album closers bring things to a restrained end.

If you like puns, pop, and punk without being too attached to genre descriptors or self-seriousness, you might find a fun outing with Future Suits. The album does not quite have the staying power to inspire multiple listens from me. However, I have to applaud Future Suits for eschewing the safety of pop punk convention and exploring a sound that is unabashedly Pet Symmetry.